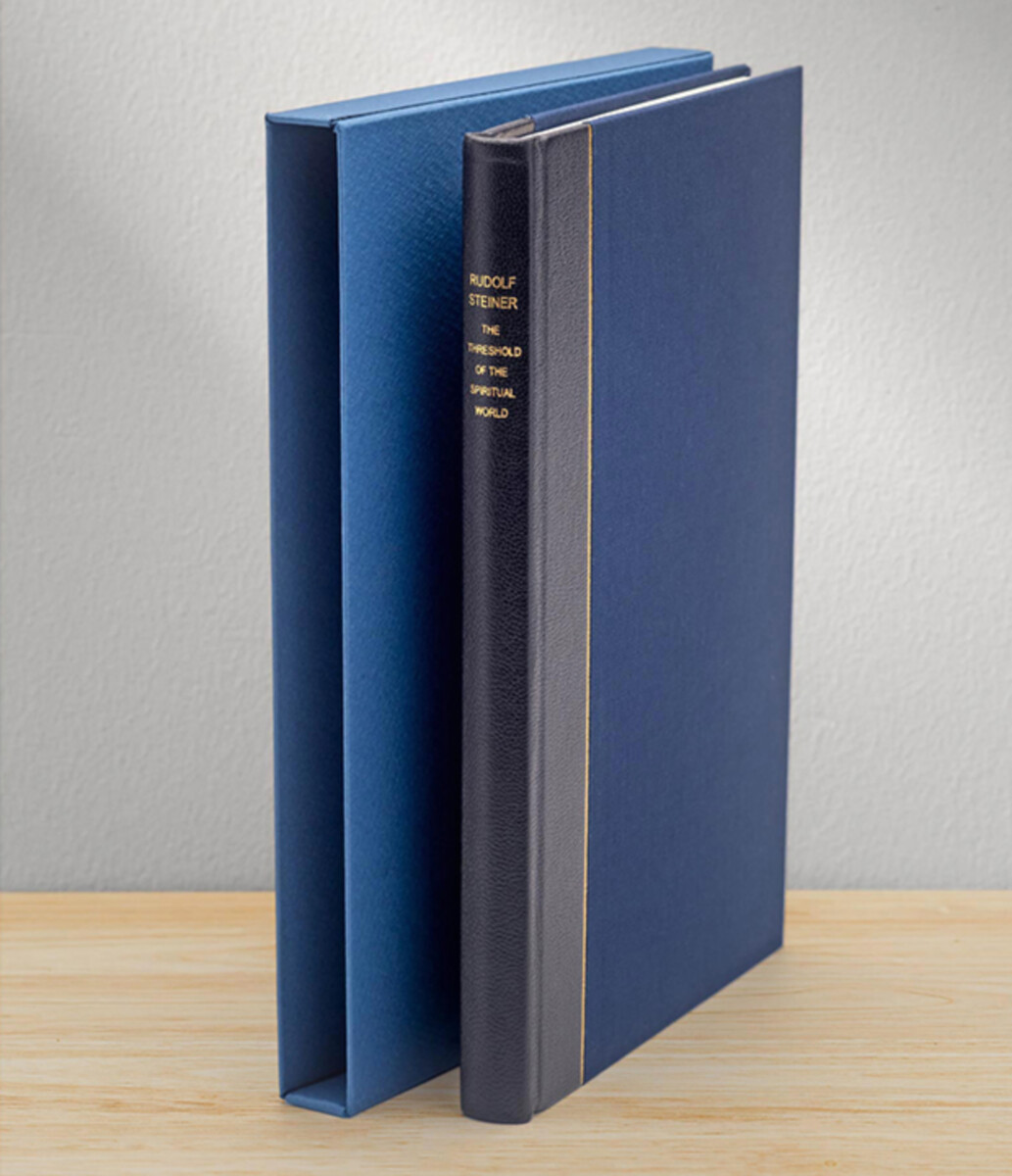 The Threshold of the Spiritual World

The Threshold of the Spiritual World contains sixteen brief chapters in which Rudolf Steiner provides aphoristic thoughts on trusting one’s thinking, cognition of the spiritual world, karma and reincarnation, the astral body and luciferic beings, how to recognize suprasensory consciousness, the true nature of love, and much more.

This book represents some of Rudolf Steiner’s most personal statements about his own spiritual path. He speaks directly from experiences of cognitive research and explorations. Each of the aphorisms arises from his spiritual research and demonstrates how such spiritual research is to be undertaken. The “content” is Steiner’s own, but readers can discover their own content. His method of awareness—a path of attention to one’s actual experience—is universal and truly human.

A Path to Self-knowledge
In Eight Meditations (CW 16)