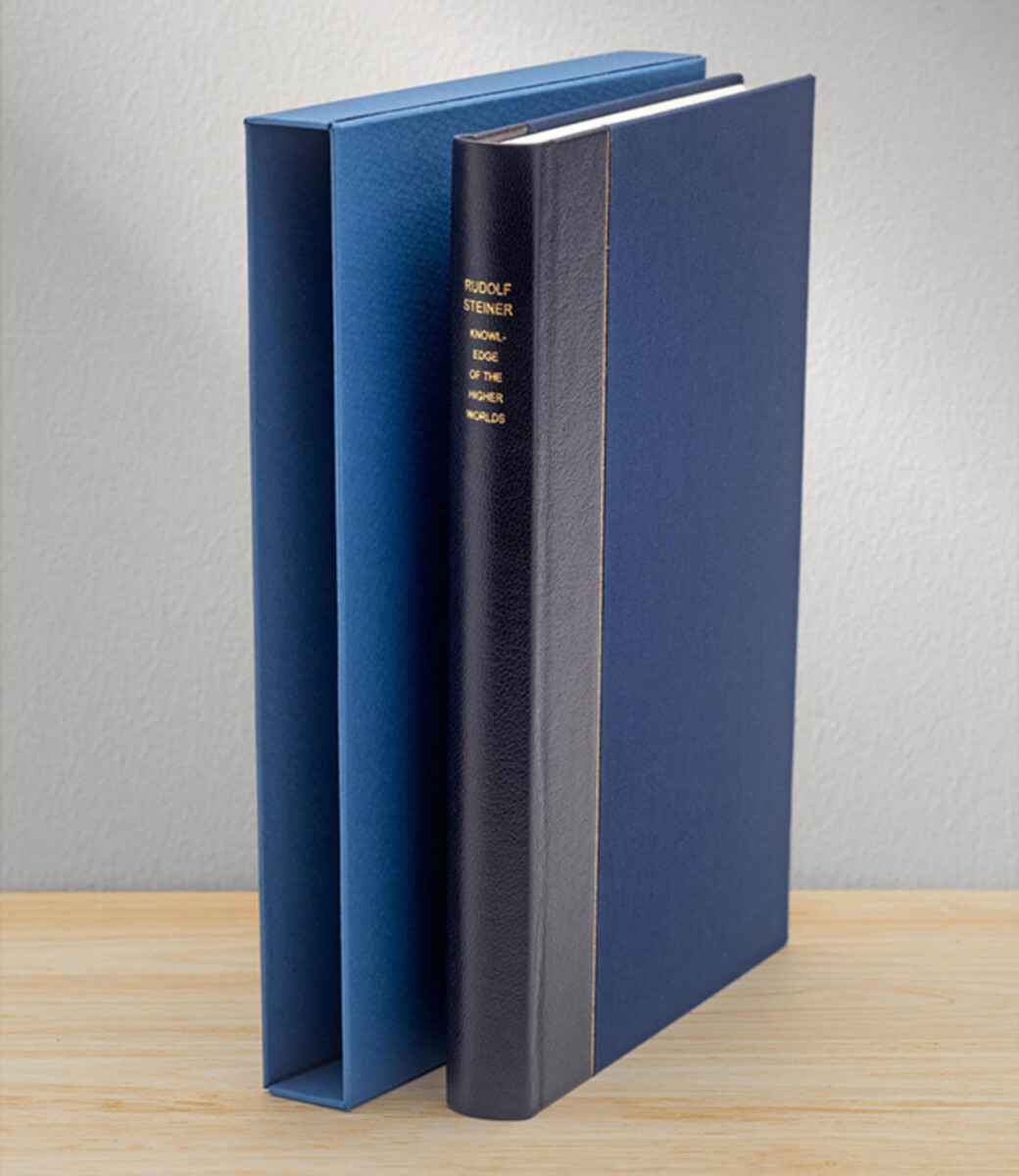 Knowledge of the Higher Worlds

“Readers who do not intend to follow the path mapped out here will nevertheless find much that is useful for their inner life: for example, pre­cepts for the conduct of life, indications clarify­ing this or that perplexing question, and so forth. And many people who, in the course of life-experience, have been through a great deal and have in many respects undergone an initi­ation through life itself, will find a certain satis­faction in seeing things clarified that they have already sensed to be true—things they already knew, without perhaps having brought this knowledge to a clear enough conception.” —Rudolf Steiner (preface)

Rudolf Steiner's foundational handbook for spiritual and personal development has grown more modern with time, though his methods remain clearly distinguishable from many current paths of inner work. First, Steiner's method is based on the clarity of thought normally associated with scientific research. Instead of denying clear thinking, his aim is to extend it beyond its present limitations. Second, Steiner recognizes—as do all genuine paths—that the way to spiritual experience is arduous and dangerous and calls for self-control in thought, word, and action. The human being comprises a unity, and we cannot develop knowledge without a corresponding development of feeling and will.

Steiner predicted that humanity would begin to experience a longing for forms of experience that transcended intellectual, materialistic thinking. More than a hundred years after the first publication of this book, countless means are offered for achieving transcendental experience, including Eastern meditation practices, channeling, remote viewing, and astral projection. Moreover, there has been a huge increase in the number of people who report various suprasensory perceptions, such as near-death experiences and meetings with angels. In this context, Steiner's key spiritual guidebook is needed more than ever, given its unique, precise instructions for inner training, its protective exercises, and its indications for staying grounded and centered. Knowledge of the Higher Worlds begins with the preconditions for personal development and guides the reader through the stages of initiation, its practical aspects, and its effects.

This key work of anthroposophic inner development is among Rudolf Steiner's most important works.

Knowledge of the Higher Worlds is a translation from German of the written work Wie erlangt man Erkenntnisse der höheren Welten? (GA 10).

1. Knowledge of the Higher Worlds: How Is It Attained?
2. The Stages of Initiation
3. Initiation
4. Practical Considerations
5. The Conditions of Esoteric Schooling
6. Some Effects of Initiation
7. Changes in the Dream Life of the Esoteric Student
8. Attaining Continuity of Consciousness
9. The Splitting of the Personality during Spiritual Schooling
10. The Guardian of the Threshold
11. Life and Death: The Greater Guardian of the Threshold

The Intuitive Way of Knowing
A Tribute to Brian Goodwin

A Path to Self-knowledge
In Eight Meditations (CW 16)