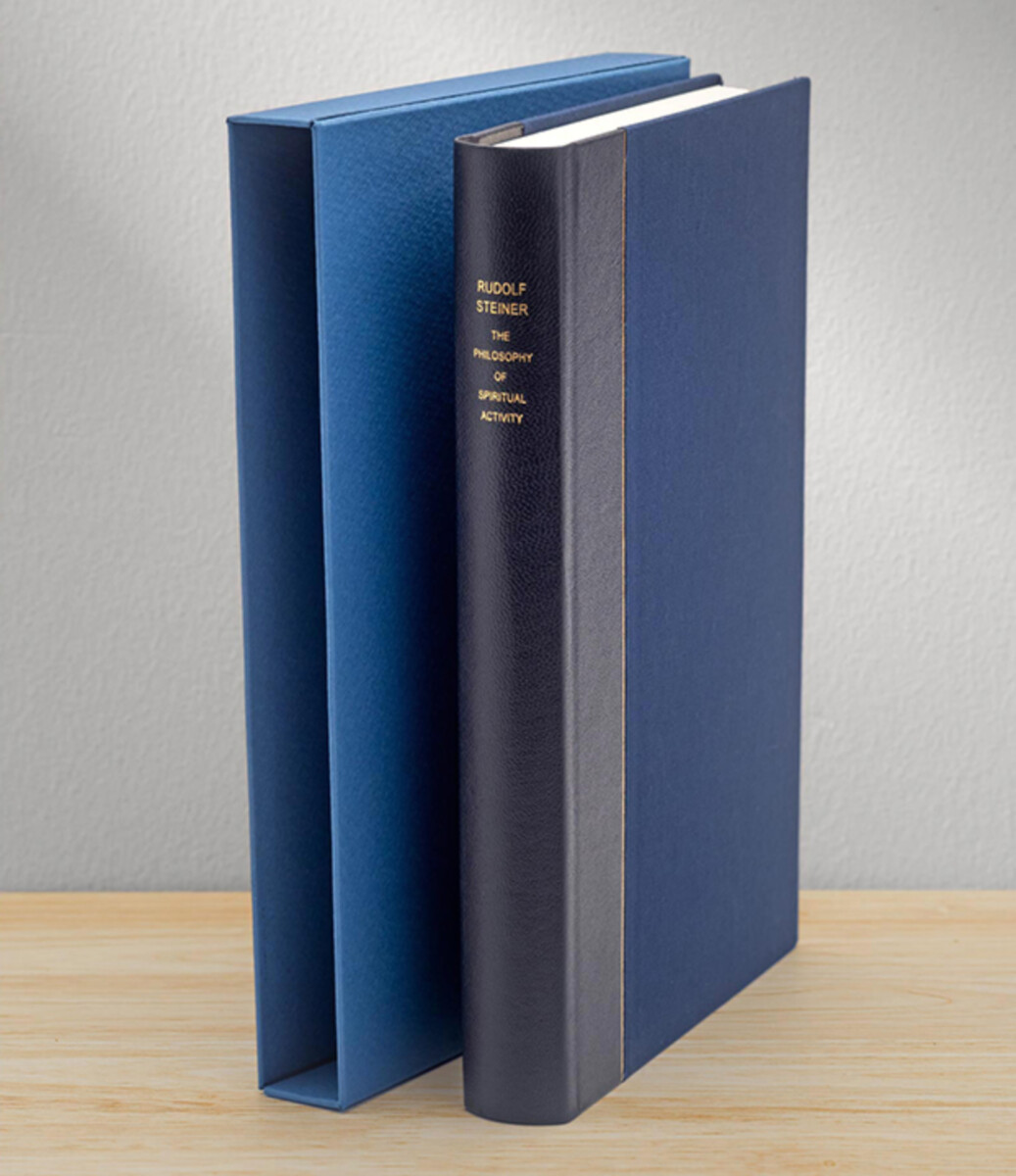 The Philosophy of Spiritual Activity

Fundamental Features of a Modern Worldview: Results of Soul Observation According to the Natural-scientific Method (CW 4)

While not Rudolf Steiner’s first book, The Philosophy of Spiritual Activity is the cornerstone of the thought-edifice of anthroposophically oriented spiritual science. And given the great variety of approaches to be found in its English translations (e.g., The Philosophy of Freedom and Intuitive Thinking as a Spiritual Path), Steiner’s contention that it would also endure the farthest distance into the future seems to hold true, for great books are recognized by their ability to spark new perspectives over generations.

“The book leads at first into abstract regions where thought must draw sharp outlines in order to arrive at secure points. But the reader is led out of arid concepts into concrete life as well.... The West no longer demands any pious exercises or asceticism for science, but it does require the good will to withdraw oneself for a short time from the immediate impressions of life and enter into the sphere of the world of pure thought.” (from the introduction to the first edition)

Readers should be prepared to journey into the life of thinking, to orient themeselves within it, to take stock of its characteristic features, and then to observe how it relates to the rest of world phenomena in the act of knowing. Along this path, many thinkers will be referenced. This serves both to situate the discussion within the broader philosophical conversation as well as to stand like signposts, marking the way into one's self.

“No other human soul activity is so easily underestimated as thinking. Will and feeling—they still warm the human soul even when one experiences their original state in retrospect. Thinking all too easily leaves one cold in this retrospective experience; it seems to dry out the soul life. Yet this is simply nothing but the strongly manifesting shadow of its reality, a reality woven through with light and warmly delving into the phenomena of the world. This delving occurs with a power streaming within the activity of thinking itself—the power of love in spiritual form.” (from chapter 8)

Freiheit—the word Steiner insisted be understood as “spiritual activity” though usually translated “freedom”—emerges when that which has been won in this first-hand observation of the life within thinking and knowledge comes to expression in the world of action, that is, in the realm of ethics. Then the will, that most unconscious of human soul faculties, rises, in moral love of the deed, to the beginnings of self-consciousness, and one thus attains the possibility of becoming a being “acting out of knowledge,” a being of spiritual activity. —David Ecklund, translator

The Philosophy of Spiritual Activity is a translation from German of Die Philosophie der Freiheit (GA 4).

Preface to the Revised Edition (1918)

THE SCIENCE OF SPIRITUAL ACTIVITY (FREEDOM)
1. Conscious Human Action
2. The Fundamental Drive for Science
3. Thinking in the Service of Understanding the World
4. The World as Percept
5. The Act of Knowing the World
6. The Human Individuality
7. Are There Limits to Knowledge?

THE REALITY OF SPIRITUAL ACTIVITY (FREEDOM)
8. The Factors of Life
9. The Idea of Spiritual Activity (Freedom)
10. Freedom, Philosophy, and Monism
11. World Purpose and Life
12. Moral Phantasy (Darwinism and Morality)
13. The Value of Life (Pessimism and Optimism)
14. Individuality and Type

FINAL QUESTIONS
The Consequences of Monism

Appendix 1. Addendum to the Revised Edition of 1918
Appendix 2. Revised Introduction to the Edition of 1894

The Philosophy of Spiritual Activity
(CW 4)

The Principle of Spiritual Economy
In Connection with Questions of Reincarnation: An Aspect of the Spiritual Guidance of Man (CW 109)

Rudolf Steiner on His Book "The Philosophy of Freedom"
OR