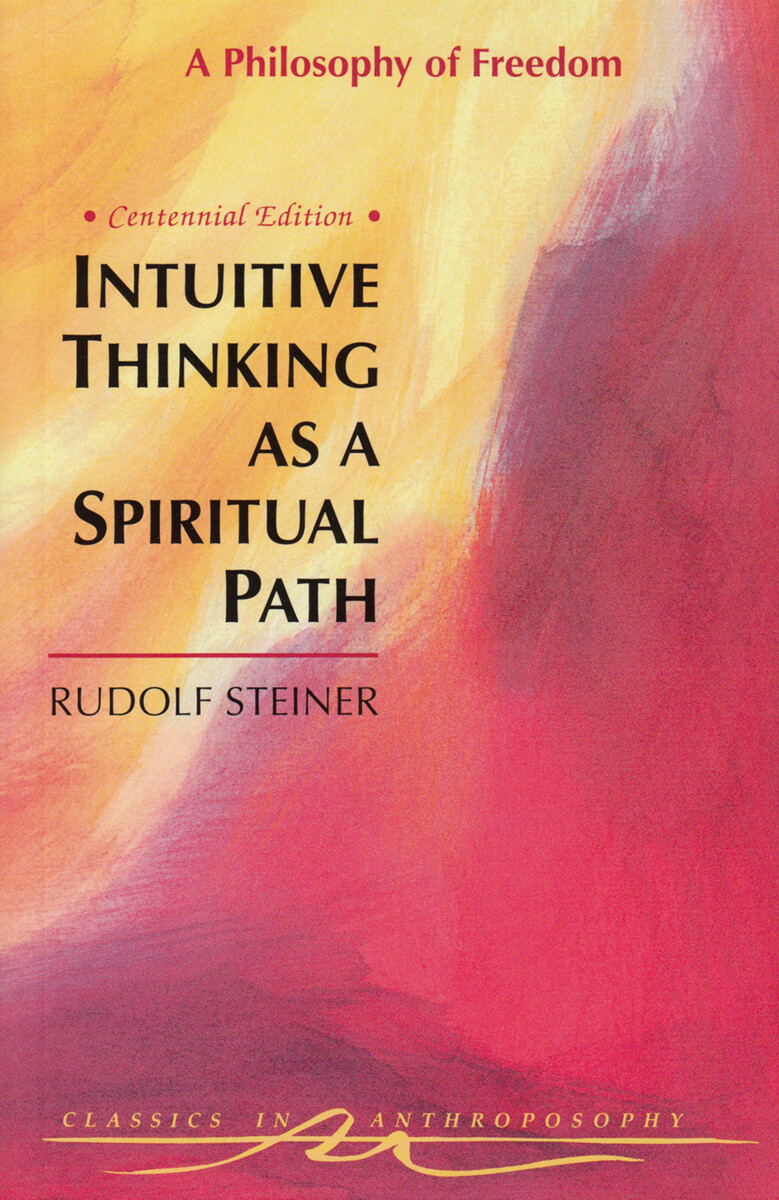 “The realms of life are many. For each, specific sciences develop. But life itself is a unity, and the more the sciences busily immerse themselves in separate realms, the farther they move away from seeing the living wholeness of the world. There must be a kind of knowing that seeks, in the separate sciences, the elements that lead human beings back to full life again. A scientific specialist wants to become aware of the world and how it works through his or her insights. In this book, the goal is philosophical: science itself is to become organically alive. The separate sciences are preludes to the science attempted here.” — Rudolf Steiner (preface to the 1st edition)

Of all of his works, Intuitive Thinking as a Spiritual Path (Die Philosophie der Freiheit) is the one that Steiner himself believed would have the longest life and the greatest spiritual and cultural consequences. It was written as a phenomenological account of the “results of observing the human soul according to the methods of natural science.

This seminal work asserts that free spiritual activity—understood as the human ability to think and act independently of physical nature—is the suitable path for human beings today to gain true knowledge of themselves and of the universe. This is not merely a philosophical volume, but rather a warm, heart-oriented guide to the practice and experience of living thinking.

Readers will not find abstract philosophy here, but a step-by-step account of how a person may come to experience living, intuitive thinking—“the conscious experience of a purely spiritual content.”

During the past hundred years since it was written, many have tried to discover this “new thinking” that could help us understand the various spiritual, ecological, social, political, and philosophical issues facing us. But only Rudolf Steiner laid out a path that leads from ordinary thinking to the level of pure spiritual activity—intuitive thinking—in which we become co-creators and co-redeemers of the world.

“When, with the help of Steiner’s book, we recognize that thinking is an essentially spiritual activity, we discover that it can school us. In that sense—Steiner’s sense—thinking is a spiritual path.” — Gertrude Reif Hughes

This volume is arguably the most essential of Steiner’s works. The thoughts in this book establish the foundation for all of Anthroposophy.

Intuitive Thinking as a Spiritual Path is a translation from German of Die Philosophie der Freiheit (GA 4).

PART 1: THEORY: THE KNOWLEDGE OF FREEDOM

1. Conscious Human Action
2. The Fundamental Urge for Knowledge
3. Thinking in the Service of Understanding the World
4. The World as Percept
5. Knowing the World
6. Human Individuality
7. Are There Limits to Cognition?

PART 2: PRACTICE: THE REALITY OF FREEDOM

8. The Factors of Life
9. The Idea of Freedom
10. Freedom—Philosophy and Monism
11. World Purpose and Life Purpose (Human Destiny)
12. Moral Imagination (Darwinism and Ethics)
13. The Value of Life (Pessimism and Optimism)
14. Individuality and Genus

FINAL QUESTIONS: The Consequences of Monism