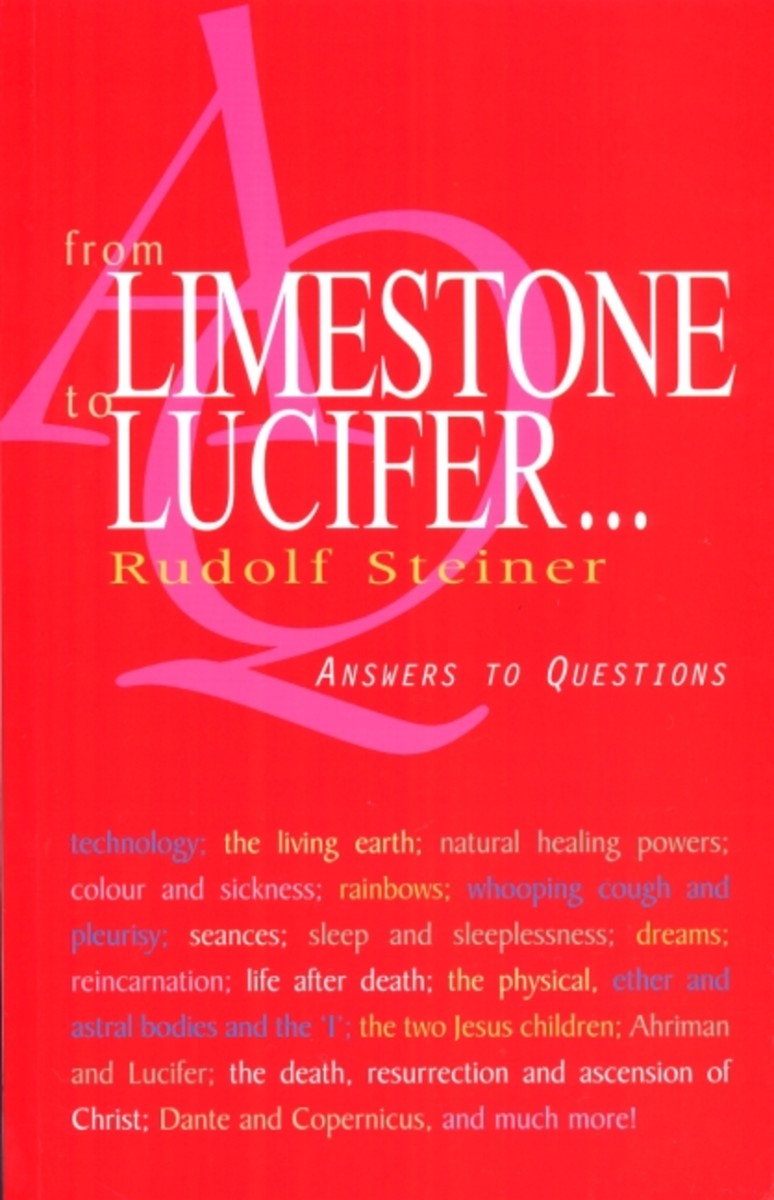 From Limestone to Lucifer . . .

The remarkable discussions in this volume took place between Rudolf Steiner and workers at the Goetheanum, Switzerland. The varied subject matter was chosen by his audience at Rudolf Steiner's instigation. Steiner took their questions and usually gave immediate answers. The astonishing nature of these responses—their insight, knowledge and spiritual depth—is testimony to his outstanding ability as a spiritual initiate and profound thinker. Accessible, entertaining and stimulating, the records of these sessions will be a delight to anybody with an open mind.

In this particular collection, Rudolf Steiner deals with topics ranging from limestone to Lucifer! He discusses, among other things, technology; the living earth; natural healing powers; color and sickness; rainbows; whooping cough and pleurisy; seances; sleep and sleeplessness; dreams; reincarnation; life after death; the physical, ether and astral bodies and the “I”; the two Jesus children; Ahriman and Lucifer; the death, resurrection and ascension of Christ; Dante and Copernicus.