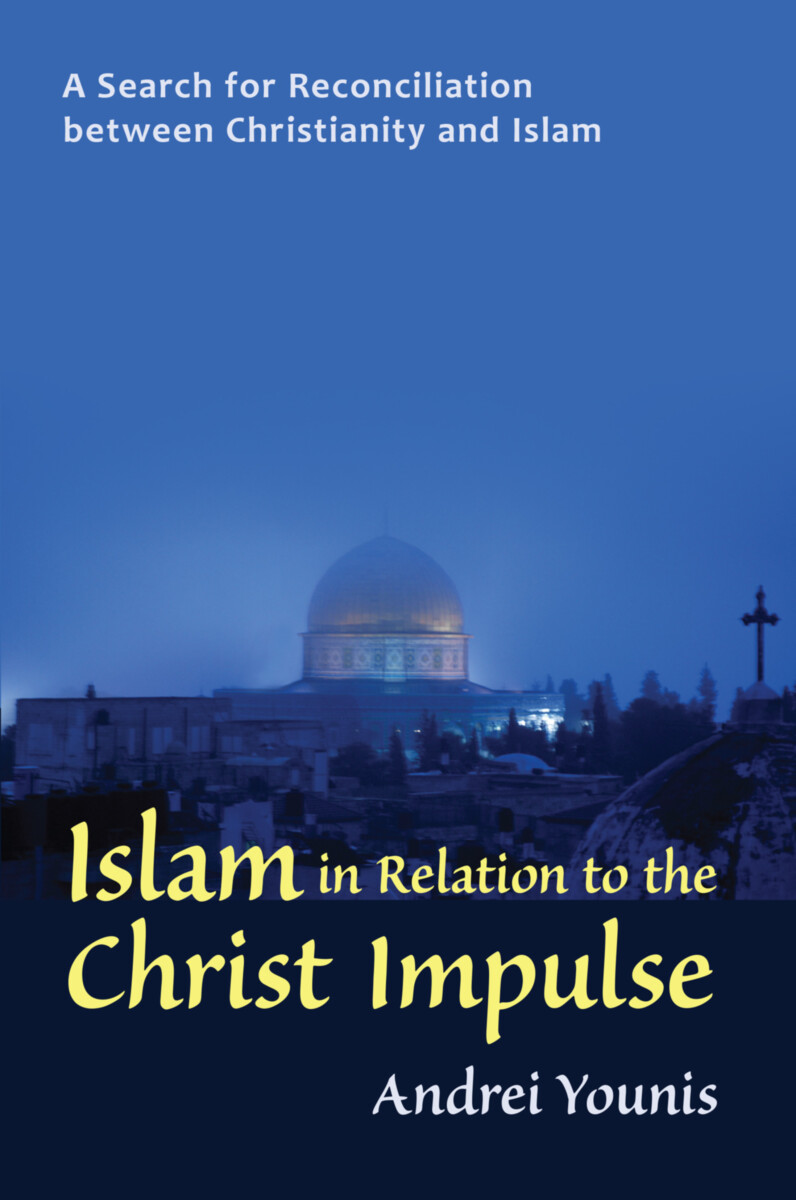 Islam in Relation to the Christ Impulse

The Search for Reconciliation between Christianity and Islam

Andrei Younis elucidates esoteric reasons behind the emergence of Islam from the perspective of Steiner’s Spiritual Science. He draws on more than thirty years of studying Steiner’s works, as well as on first-hand knowledge gained from living in various Islamic countries and cultures. His purpose is to reconcile the origins, beliefs, and meanings of Islam and Christianity.

Looking closely at the history and various manifestations of Islam, Younis discusses the spiritual impulses behind Islamic beliefs and practices, grounding his commentary in both the Koran and the Bible. Comprehending this anthroposophic perspective on the emergence of Islam is key to understanding why Islam manifests as it does today. Whereas this book will be enlightening and even surprising to most open-minded Western readers, it is not meant to be a foundation for beliefs (or non-belief), but as a springboard for thought and new avenues of understanding and compassion in a dangerous time.

1. The Need to Understand Islam through Anthroposophic Wisdom

Noteworthy contrasts between Christianity and Islam
Reasons concealed behind the emergence of Islam as a new Yahweh Moon religion
Influences on the descendants of Ishmael during the Kali Yuga period
The critical situation 333 years after the coming of Christ
The advent of Christ in relation to the crisis of 333:
Lucifer’s involvement in blunting the Sorathic intervention

2. Sorath’s Intervention in AD 666 and the Role of Ishmael’s Descendants

The aftermath of the invasion of the Gondishapur Academy
Yahweh’s transformation into Allah: The beginning of the denial of spirit
Further considerations on the absence of the concept of spirit in Islam:
Confusion of three significant Hebraic terms
What are the fundamental messages of the Koran?
How did Muhammad’s verses influence pagan Arabs?
Is the principle of freedom indicated anywhere in the Koran?
Sharia law, the rule of retaliation, and the new principle of forgiveness in the Koran
Are there any signs of the Christ impulse in the Koran?

3. In What Ways Has Arabism Influenced Islam?

4. Muhammad as the Last Prophet Sent by Allah: Lucifer’s Involvement in Islam

Lucifer’s role in Arabism’s increase in power: The influence of luciferic morality on Islam
Other reasons why the Koran has been misunderstood and misinterpreted
Influence of apocryphal gospels on koranic verses and Islam: The influence of folk souls
Is Islam related to Christ in any way?
Consequences of the reappearance of Abraham’s monotheistic faith
Why is the Antichrist (Dajjal) mentioned in Islam?
How do Muslims interpret the Second Coming of Christ?

5. How Is Jesus of Nazareth Conceived in Islam?

Reasons behind the denial of the Holy Trinity and God’s Son
What did Abraham’s monotheistic faith mean to Muhammad and to Muslims?
The Prophet Muhammad’s two sons
Further consequences of adhering to the old principle, “I and Father Abraham are one”
Denial of the Crucifixion and its consequences

Conclusion: Can Christianity and Islam find a key to reconciliation?