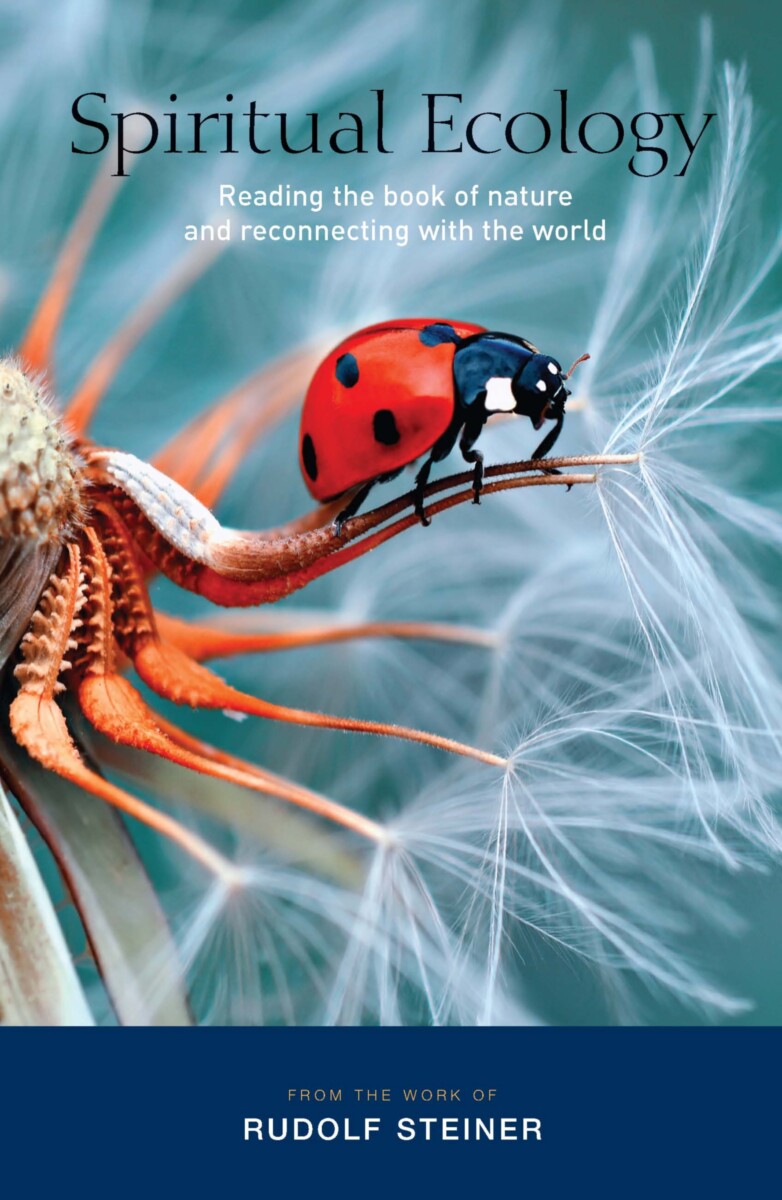 Reading the Book of Nature and Reconnecting with the World

Today we face increasing environmental challenges, from climate change and extreme weather patterns to deforestation, threats to animal species, and ongoing farming and food-supply crises. Virtually every day brings new alarming reports. How are we to respond, especially if we wish to take a broader, spiritual view of these events?

Steiner’s work is full of important, far-sighted perspectives on our relationship as human beings with the natural world. Indeed, his insights are more relevant today than they were in his time. Steiner offers us a new, conscious equilibrium with nature; we are not entitled simply to exploit the Earth, but neither should we view ourselves as devastating irritants on Earth’s surface. We are an integral part of the evolving natural world from which we arise. This world surrounds us, and we can rediscover ourselves within it, just as we can find all of nature transformed within us.

In the extracts compiled in this volume—presented with commentary and notes by Matthew Barton—Steiner discusses human perception, the Earth, water, plants, animals, insects, agriculture, and natural catastrophes. Spiritual Ecology offers a wealth of original thought and spiritual insight on the future of the Earth and humanity.

PART ONE: PRELUDE—COMING ALIVE TO THE WORLD
1. Body, Soul, and Spirit: Three Ways of Seeing
2. A Vessel for the World
3. Heightening Perception, Turning to Natural Phenomena
4. The Soul of the Seasons
5. Seeing Things Whole

PART TWO: THE LIVING EARTH
6. The Earth Being
7. The Breathing, Sleeping, and Waking Earth
8. Macrocosm and Microcosm
9. Four Kingdoms of Nature
10. Materialism Fails to Know Matter

PART THREE: A WOMB OF WATERS
11. From Flow to Form
12. Currents and Migrations
13. A Water Sphere

PART FOUR: PLANT AND PLANET
14. Sense Organs of the Earth
15. Carbon and Oxygen
16. The Purified Longings of Flowers
17. Plants and Elemental Nature Spirits

PART SEVEN: CULTURE AND AGRICULTURE
27. Education for Ecology
28. The Farm as Living Organism
29. The Meditating Farmer

PART NINE: LIFTING THE CHALICE
33. The Cosmos Within
34. Warming the Globe with Compassion

Designing Regenerative Food Systems
And Why We Need Them Now

Water Talks
Empowering Communities to Know, Restore, and Preserve their Waters
OR