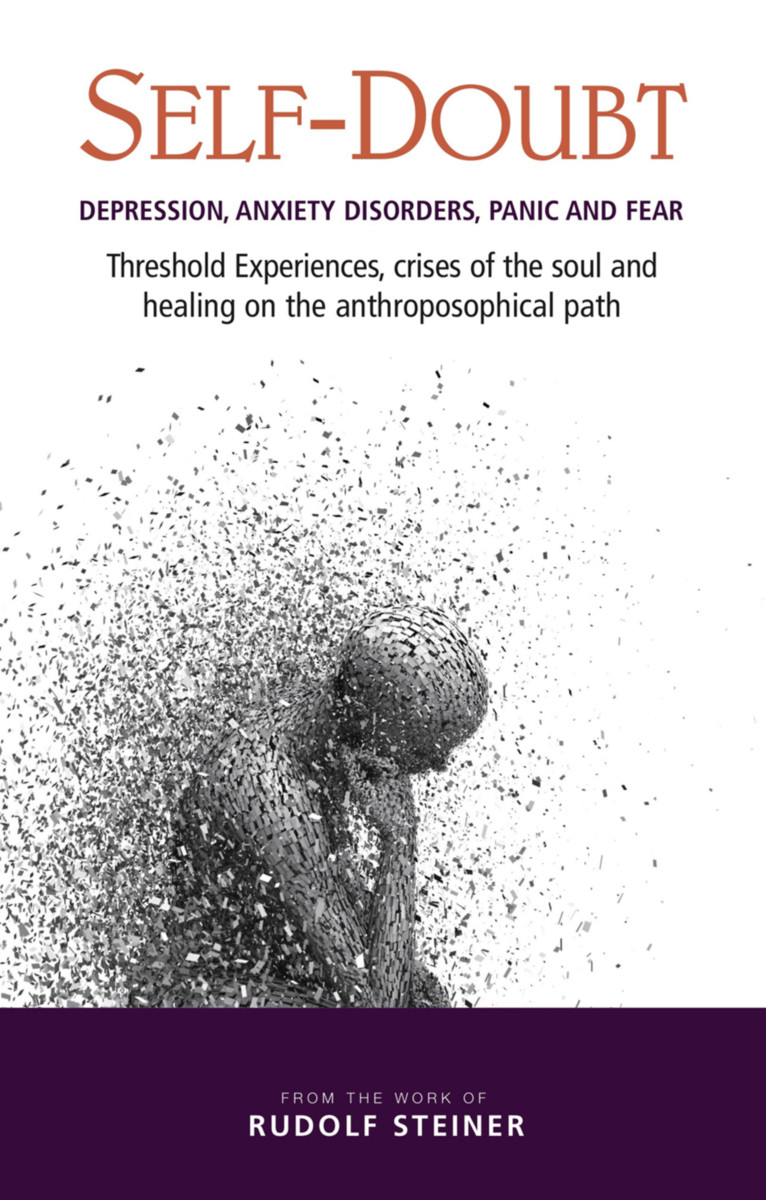 Depression, Anxiety Disorders, Panic, and Fear: Threshold Experiences, Crises of the Soul, and Healing on the Anthroposophical Path

In everyday life we are all confronted with metaphysical entities that can hinder or aid our development. Many forms of anxiety and self-doubt derive from such meetings on the border (or threshold) of consciousness. Furthermore, these “threshold experiences” are exacerbated today by a general loosening of the subtle bodies and components of the human soul.

As these constitutional changes persist, according to Rudolf Steiner a condition of “dissociation” becomes increasingly common. A healthy emotional life will never be possible unless individuals engage in a conscious practice of personal self-development, strengthening their constitution through the action of one’s “I”—one’s core self.

The expertly selected and collated texts in Self-Doubt offer numerous cognitive and practical ideas for the improvement of everyday mental and emotional health.

1. The Origin of Error, Fear, and Nervousness
2. Crossing the Threshold in the Development of Humanity and the Individual
3. The Polarity of Shame and Fear
4. The Polarity of Doubt and Terrifying Confusion
5. The Polarity of Skepticism and Claustrophobia, Astraphobia, and Agoraphobia
6. The Origin of Panic
7. Worry and Anxiety
8. The Multilayered Nature of Terrifying Disorientation/Confusion
—Memory and Memories
—Compulsive Thoughts and Depression Resulting from Trauma
—Nightmares and Elemental Beings
—Association and Dissociation—the Components of the Soul on the Threshold
—Loosening of the Subtle Bodies
—Demons, Specters, Phantoms, and their Effects on the Subtle Bodies
9. Healing Aspects of the Anthroposophical Path of Training
—Development of Organs of Supersensory Perception
—The Soul Process of Light
—Wonder, Compassion, Conscience
10. The Spiritual-scientific Qualities of Fear Compared with Standardized Diagnostic Terms as a Basis for Therapy