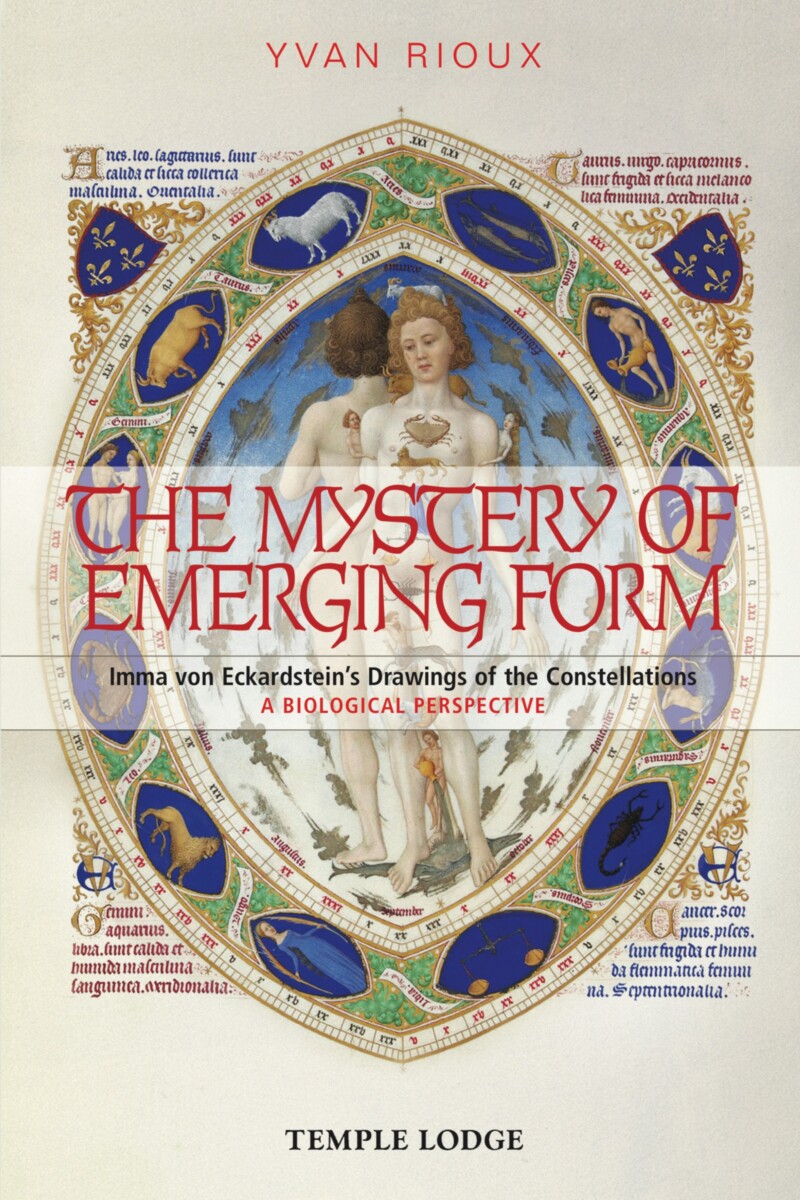 Contemporary science views our planet as an insignificant speck of dust in the vastness of space, with its four kingdoms as a random assemblage of atoms. Yvan Rioux presents a radically different perspective, demonstrating an indissoluble relationship between Heaven and Earth. Over eons of existence, the four kingdoms have manifested a creative power that perpetually brings forth new expressions. With the goal of bridging science and spirit, Rioux helps revive the old intuitive awareness of an intimate communion between the outer perceptible life of nature, the inner life of the soul and the majestic spiritual formative forces that preside as architects—an organic whole where all levels evolve jointly.

The earth, nesting in its solar system, is connected with the Milky Way and the twelve constellations. The impact of the stars as an influence on human behavior has been known for millennia. In the original edition of Rudolf Steiner’s Calendar of the Soul, twelve illustrations of the constellations, made by Imma von Eckardstein, were published for the first time. These intuitive drawings differ greatly from the traditional ones, but Steiner stressed their importance for our modern consciousness. The images invite us to comprehend formative forces in their various guises in the kingdoms of nature. By exploring the gifts of each constellation, the author uses Imma’s drawings as a template to elucidate the emergence of twelve basic forms as the common denominators of all creatures, leading eventually towards the human form.

“The [new] images of the zodiac constellations represent actual experiences connected with the waking and sleeping of particular spiritual beings. In these images we have a knowledge that needs to be renewed at this time.” —Rudolf Steiner (1912)