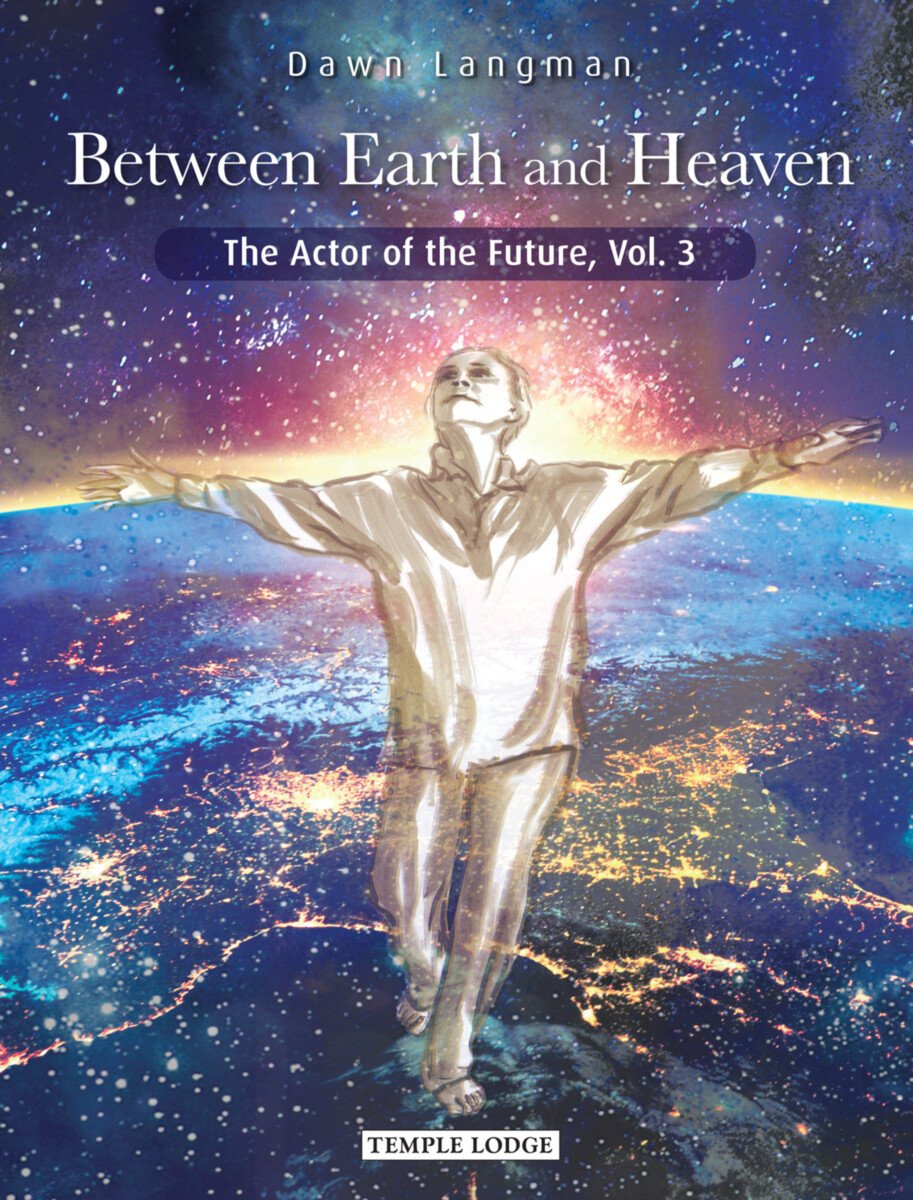 The Actor of the Future Series 5

Between Earth and Heaven

The Actor of the Future

In this third volume in “The Actor of the Future” series, Dawn Langman continues to explore the integration of Steiner’s research into speech, drama, and eurythmy with Michael Chekhov’s acting methodology. Her advanced applications of all the basic processes allow the art of the actor and speaker to evolve beyond the “soul and body” paradigm—still broadly accepted in contemporary culture—to include dimensions of the spirit.

The book contains a seminal analysis of comedy and tragedy, showing how an understanding of their esoteric roots—sprung from the Eleusis mysteries of ancient Greece—can deepen our appreciation and our ability to implement the practical suggestions by Steiner and Chekhov to differentiate the fundamental styles. A comprehensive exploration of the vowels in relation to planetary beings lays the foundation for many layers of artistic deepening and application.

“Dawn Langman gifts us with yet another magnificent contribution to her book series developing an integrated acting technique based on the indications of Rudolf Steiner and Michael Chekhov, in which actors become the work of art. Venturing even further into the deeper alchemical mysteries of the work, Langman leads us into an imagination of future theatre that includes a genuine experience of the I AM, the origin of comedy and tragedy, Dante’s Paradiso as example of how we can experience the planetary spheres in word and gesture, and much more, inspiring the unfoldment of actors of the future.”
—Dr. Jane Gilmer, actress and teacher, author of The Alchemical Actor (2021) and former Assistant Professor of Drama, VPA, National Institute of Education, Singapore

“In this present volume, Dawn Langman continues her in-depth exploration of the integration of Michael Chekhov’s system of psycho-physical awareness with Rudolf Steiner’s indications for creative speech and eurythmy. In so doing, she genuinely models both teachers’ emphasis on experimentation and exploration absent the dogmatism sometimes associated with such work. The careful, conscious communication of her own advanced exercises created to develop this new methodology will be most effective when worked in conjunction with her previous books, The Art of Acting, The Art of Speech and The Actor of the Future, vols. 1 & 2. Taken as a whole, Langman reveals the degree of empathy and responsiveness possible not only between human beings, but with all the manifold community of beings ‘between earth and heaven.’”
—Dr. Diane Carracciolo, Associate Professor of Educational Theatre, Adelphi University, New York

Creative Speech
The Formative Process of the Spoken Word (CW 280)

Speech of the Grail
A Journey toward Speaking that Heals & Transforms

Tongues of Flame
A Meta-historical Approach to Drama
OR