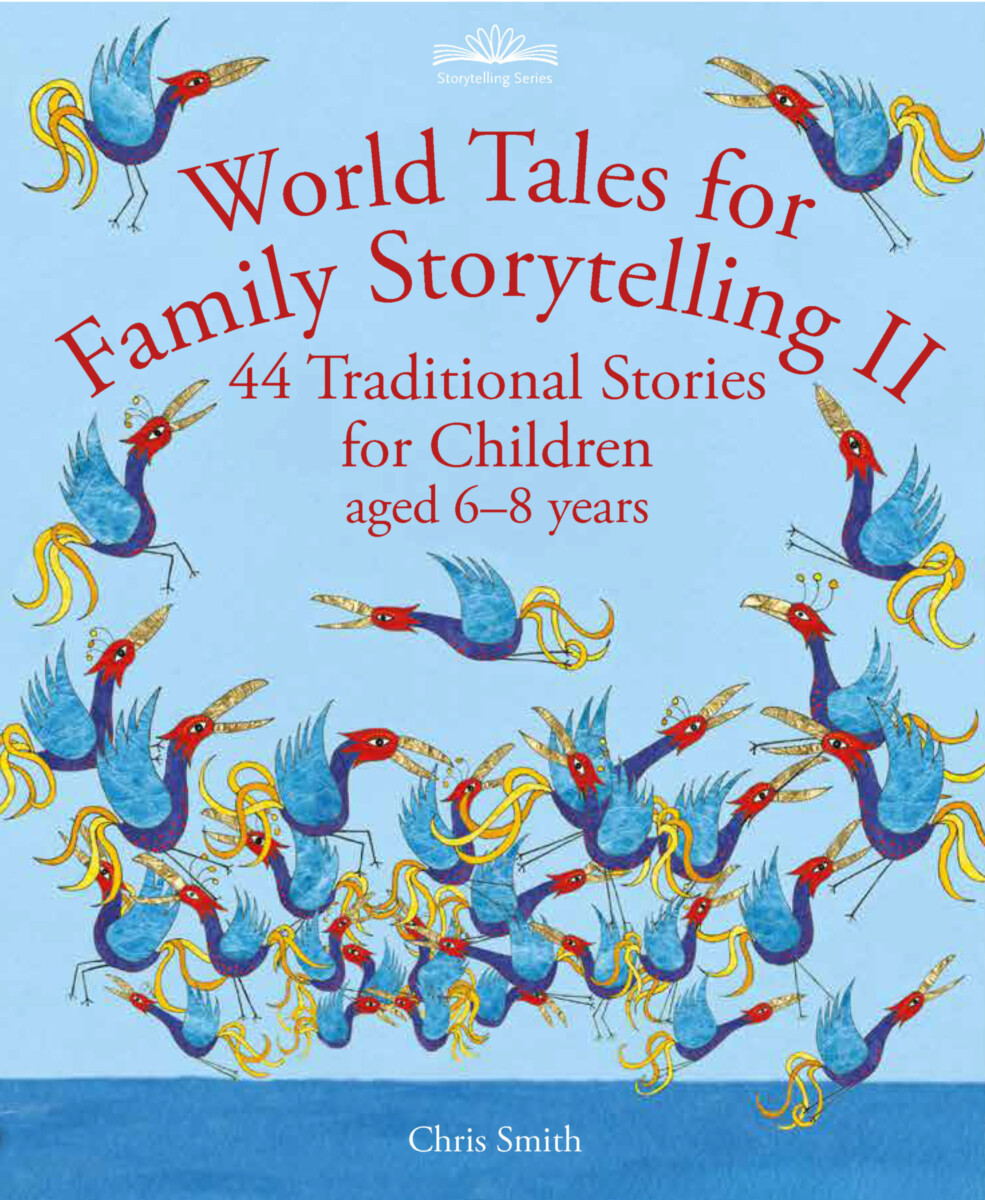 “I wish you and your children much enjoyment from this splendid collection. May the stories grow wings in your mind and spread joy on the trill of your tongue!” — Georgiana Keable (from the foreword)

“In this collection for home use, we focus on tales for children aged 6 to 8. The stories may be read, told, and retold, and then explored within the family. They offer a rich vein of world heritage, giving your family a doorway into the wonderful world of traditional tales. Enjoy!” — Chris Smith

Gathered here are retellings of traditional tales, told in the voice of a storyteller and perfect for 6– to 8-year-olds. They are short, simple, and quick to learn. Parents can read and tell the stories, so children can then tell them themselves. This is not just a handy and fun activity for bedtime, family occasions, car journeys, and parties; oral storytelling in the home also builds children’s confidence in their own unique voices. It helps them to better understand themselves, one another, and the world around them, and learn to speak so that others listen.

These world tales are all selected from the highly acclaimed 147 Traditional Stories for Primary School Children to Retell, a reference book used by teachers around the world. In 2020 to 2021, during COVID lockdown, more than four million online lessons were downloaded that use these stories as the starting point for learning language, communication, and creativity.

Sources and Resources
Acknowledgments
About the Author

Chris Smith, PhD, is an Oxford-based storyteller, musician, teacher, and founding director of Storytelling Schools, the fruit of ten years’ research and development experience. He has a passion for Arab folktales, myths, and legends, developed while living in Palestine. He takes storytelling into a variety of institutions including schools, universities, museums and prisons, working with adults and children alike.

Stories to Light the Night
A Grief and Loss Collection for Children, Families, and Communities

Storytelling for a Greener World
Environment, Community, and Story-based Learning