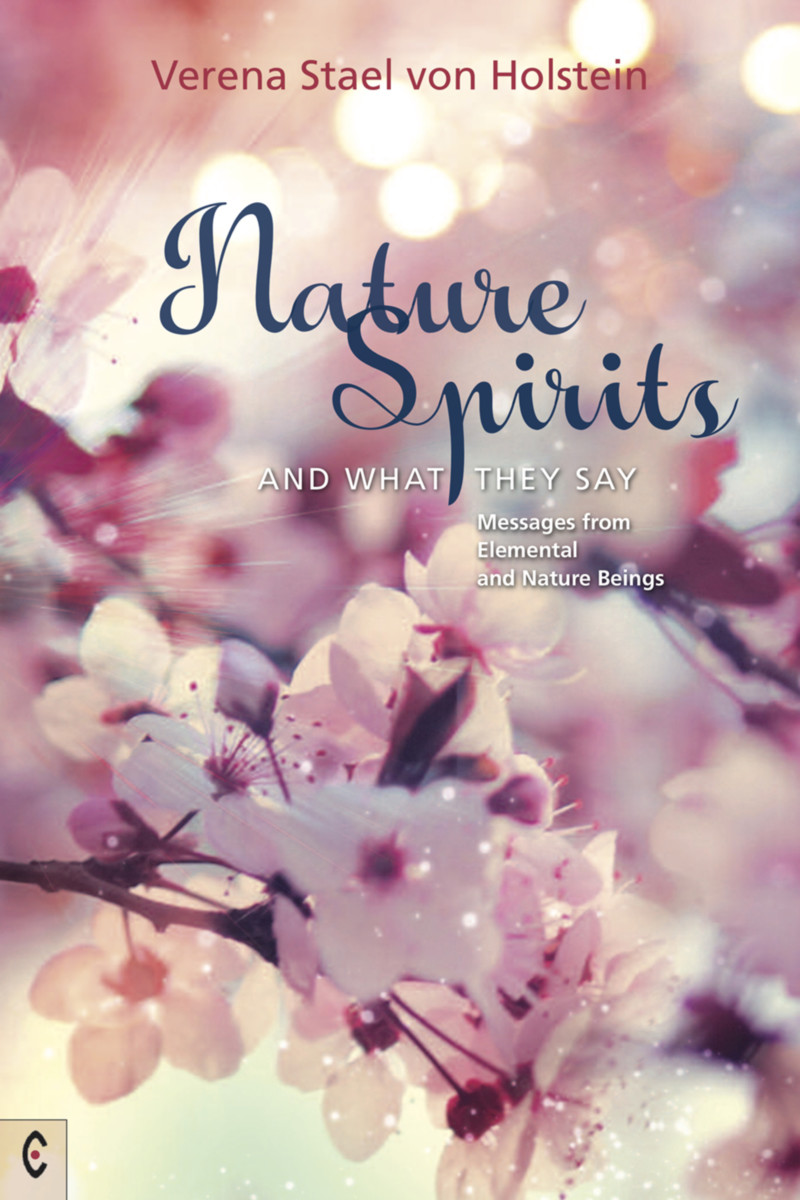 Nature Spirits and What They Say

Messages from Elemental and Nature Beings

“I can perceive spiritual beings in my surroundings.... I can communicate with higher spirit beings of either an elemental or non-elemental kind, when they are willing. I can perceive the human aura, as well as certain areas of the astral plane.... I can see the aura of plants and animals. I can speak with the guardian beings of plants and animals, inasmuch as they’re interested.” — Verena Staël von Holstein

Verena has learned to see and speak to elemental and nature beings. What’s more, she is able to translate their language into human terminology and thought. In this remarkable book, seventeen nature spirits are interviewed through her, almost as if these beings were sitting in front of us. Through the conversations we learn what spirits of fire, air, water and stone have to say—as well as hearing from beings of glass, silver, salt, paper, and even spirits of our dwellings and homes! They speak about their work with nature and their regrettable lack of contact with human beings. They describe the secrets of the cosmos, and tell of humankind’s past and future. The nature beings have surprising views on the environment, on natural disasters, good and evil, love, and redemption. The interviews throw up beautiful, but sometimes disturbing insights into our world.

Nature Spirits and What They Say offers an enchanting view of the world of elemental beings—but it also calls on us to recognize the seriousness of the situations they describe. As Verena explains, humans owe a huge amount to nature spirits, and we need to discover new ways of approaching them with full consciousness. This valuable book gives us the means to do just that.

Verena Staël von Holstein was born in Rendsburg, Germany, in 1959. She studied surveying and hydrography and worked as a computer programmer and in the hydrographic surveying department. She is a homemaker with two children, and lives at a watermill in Lüneburger Heide, a heathland region in Northern Germany. A student of the work of Rudolf Steiner, from childhood onwards she has been able to perceive the etheric and astral realms in human beings and the natural world. She has learned over many years to train her metaphysical perceptions so that communication with nature spirits takes place almost as a matter of course. She receives answers spiritually in the form of patterns, ideas and sometimes also images, and translates them into human concepts. She is the author of several books, including Nature Spirits of the Trees and What They Want to Tell Us.