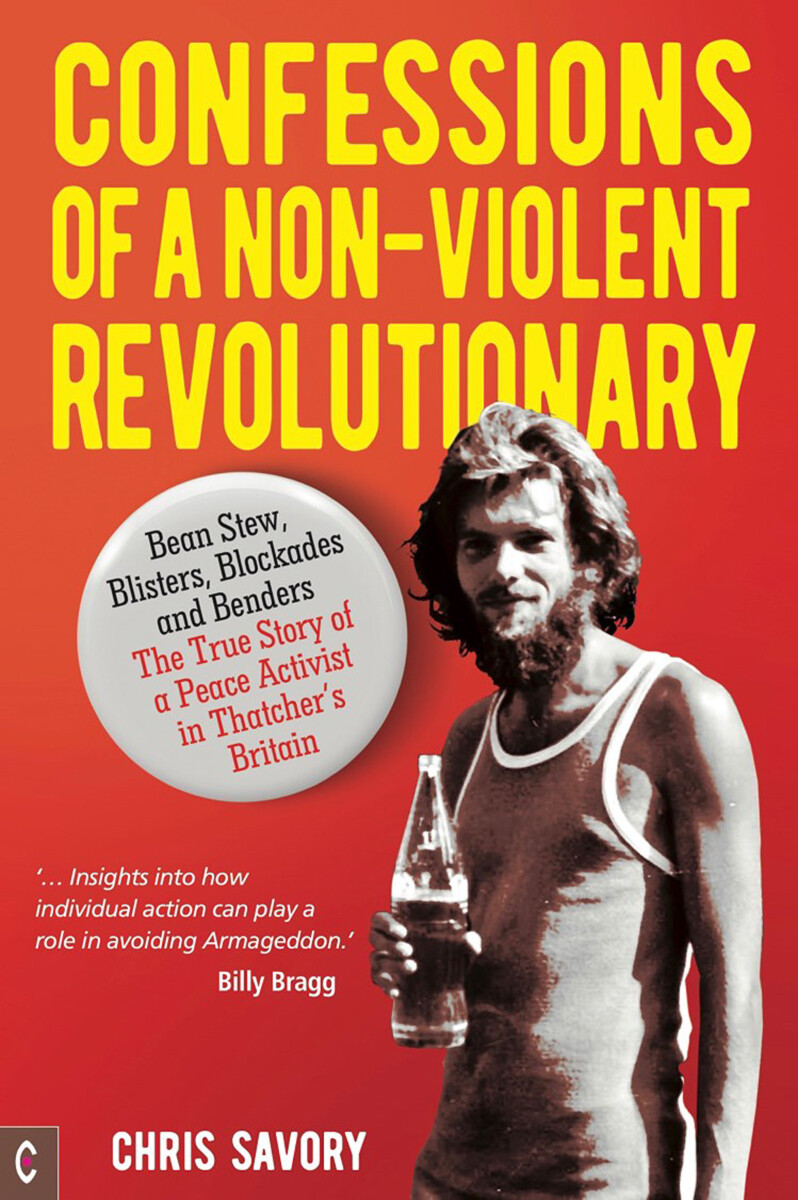 Confessions of a Non-violent Revolutionary

Bean Stew, Blisters, Blockades, and Benders: The True Story of a Peace Activist in Thatcher’s Britain

Rejecting the privileges that life offers him, Chris Savory seeks to redress wider injustices in society by rejecting future wealth, power, and status to follow his ideals. He throws himself into political struggle—living in poverty, sleeping in tents and on floors, braving the mud and cold, surviving on bean stews and whole-grain bread—to the general disapproval of respectable society. His aim? To bring about a nonviolent revolution, disarmament, and an eco-feminist–socialist utopia!

Oxford University in 1980 opens up a world of opportunity, but the threat of imminent nuclear war pushes Chris to make life-changing decisions. Alienated by the casual superiority of his peers, he abandons essay writing and sherry with the dean to embark on a constant round of organizing and protesting—peace camps, marches, illegal direct actions, communes. and anarchist street theater. The triumph of Thatcherism and the defeat of progressive politics leaves him feeling despair, anger, and isolation. But having given everything to fight the system, how can he reenter mainstream society?

At the heart of this memoir is a deeply honest and heartfelt human story, spiced with humor and colorful details of the 1980s counterculture. In an age of climate crisis and Extinction Rebellion, Confessions of a Non-violent Revolutionary is a thought-provoking and engaging record of a previous wave of mass civil disobedience and an opportunity to learn lessons from the recent history of grassroots political struggle.