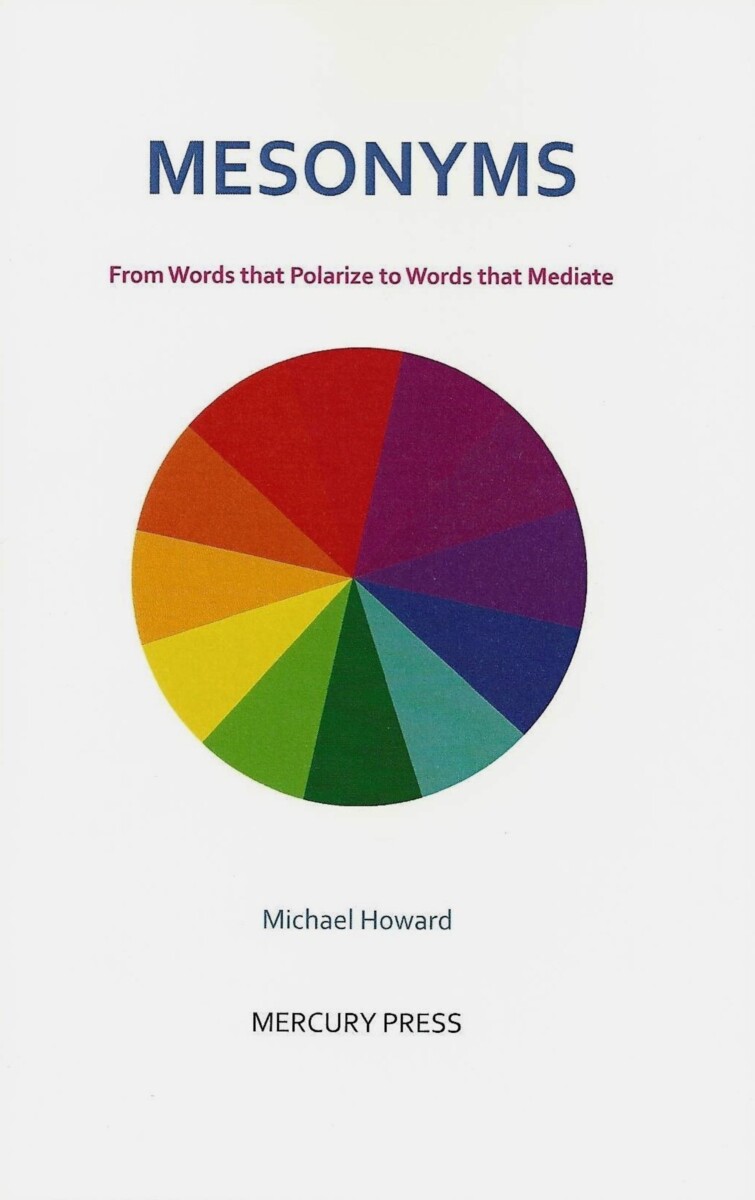 Michael Howard reminds us that polarization is ubiquitous in our time. In the realm of language, this polarization comes to expression through synonyms and antonyms. But the world is not as black-and-white as it appears. Fortunately, language is rich in words that bridge and mediate polar extremes. However, these words are not as prominent in our speaking and thinking as synonyms and antonyms. Consequently, we do not apply them in our practical affairs as fully as we could.

By its very title this booklet proposes the term mesonym for “words in the middle, words that mediate.” A thesaurus of mesonyms would be a resource for becoming more conscious of this dimension of language, and perhaps open us to less polarized ways of thinking and acting. The author offers examples that clarify the nature and practical value of mesonyms. In itself it is a modest introduction to a larger enterprise but the author hopes it will inspire others to develop it further.

Speech of the Grail
A Journey toward Speaking that Heals & Transforms

The Spirit of the English Language
A Practical Guide for Poets, Teachers & Students
OR