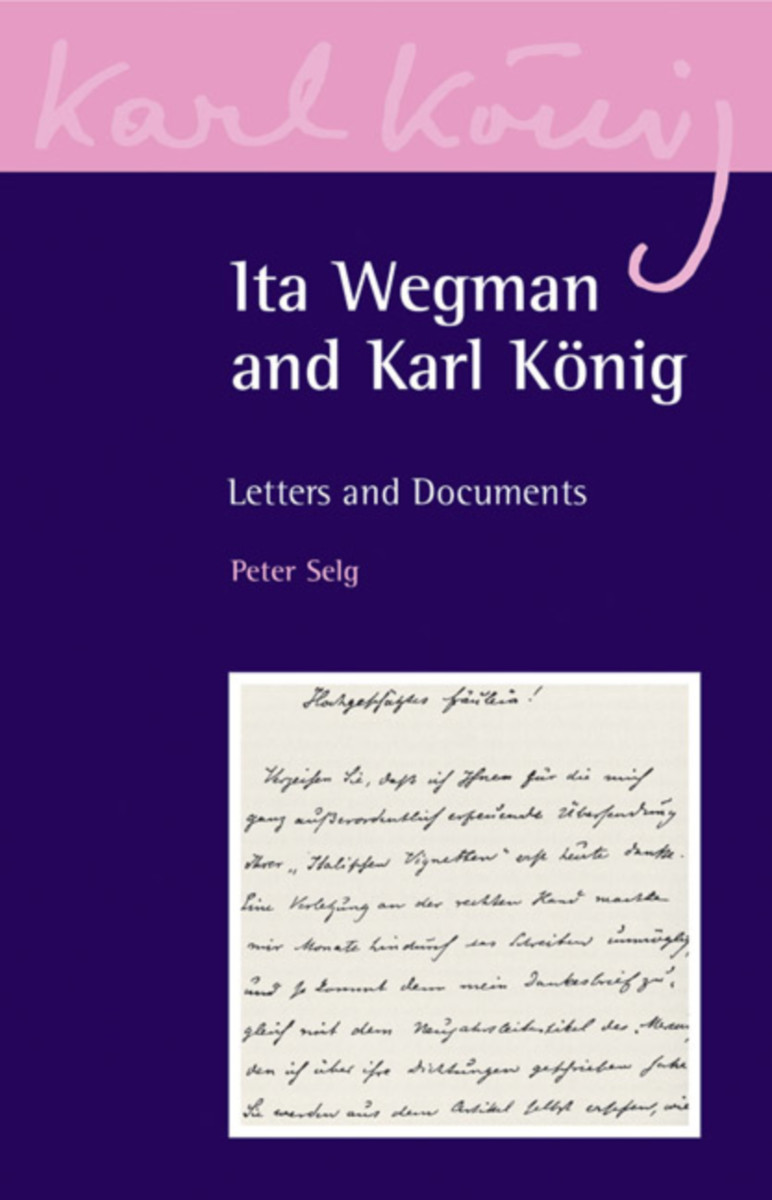 Ita Wegman, born in 1876 to a Dutch family living in Indonesia, first met Rudolf Steiner in Berlin in 1902, when she was twenty-six years old. She studied medicine at the University of Zurich and, in 1917, following Steiner’s indications, developed a treatment for cancer using a preparation of mistletoe. In 1921, in Arlesheim, Switzerland, she founded the first anthroposophic medical clinic, followed in 1922 by the Sonnenhof home for children with special needs.

Karl König first met Dr. Wegman around 1927, and she quickly recognized his great potential, as well as his weaknesses. She invited him to work at the Arlesheim clinic as her assistant, encouraging and advising him in his medical work.

Ita Wegman and Karl König includes their complete correspondence to each other, as well as König’s medical essays written during his time in Arlesheim.

“There is a good selection of correspondence between Wegman and König which, together with the meticulous footnotes, complement the essay by Selg perfectly...It is fascinating to read how König, Wegman and others continued in their efforts to set up organizations and methods, despite the chaotic unfolding of the world historic events that were breaking upon them in mighty waves.”

1. The Relationship between Karl König and Ita Wegman
2. The Correspondence between Ita Wegman and Karl König (2916–41)
3. Karl König: Memories of Ita Wegman