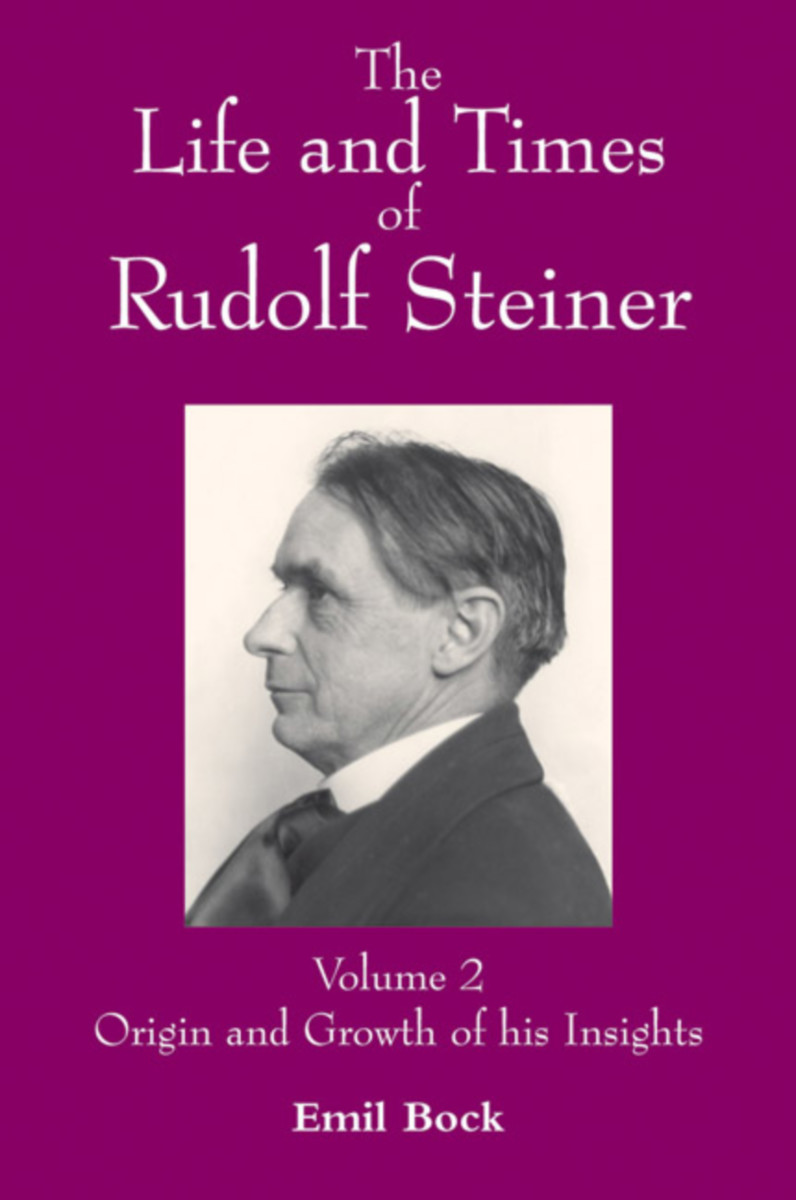 Volume 2: Origin and Growth of His Insight

Following World War II, Emil Bock lectured widely on Rudolf Steiner, and, during the course of his research, he uncovered many unknown aspects of Steiner’s life. This book, the second of two volumes, explores themes and ideas in Steiner’s work, as well as the nature of destiny.

Topics covered in this comprehensive study include the early years of Jesus; the Christmas festival; the movement away from the Theosophical Society to form the Anthroposophical Society; and many more themes and events. Emil Bock also examines the people surrounding Steiner at that time and, drawing on Steiner’s views of karma and reincarnation, reveals interesting parallels with Rome, Byzantium, Ephesus, and the Grail Castle.

Theis volume is a continuation and conclusion of The Life and Times of Rudolf Steiner: Volume 1: People and Places.

9. Rudolf Steiner and the Theosophical Society
10. The Christmas Festivals
11. The Fifth Gospel
12. The Structure of the Karma Lectures
13. Resurrection of the Word—Logos and the Word of Man
14. From Theosophy to Anthroposophy
15. The Preparation for Esoteric Circles 1904–6
16. The Creation of Mantric Verse
17. The Dispute about the Holy Spirit
18. Figures in Rome and Byzantium
19. Ephesus and the Castle of the Grail

The Life and Times of Rudolf Steiner
Volume 1: People and Places

Rudolf Steiner, Life and Work
1919-1922: Social Threefolding and the Waldorf School
OR