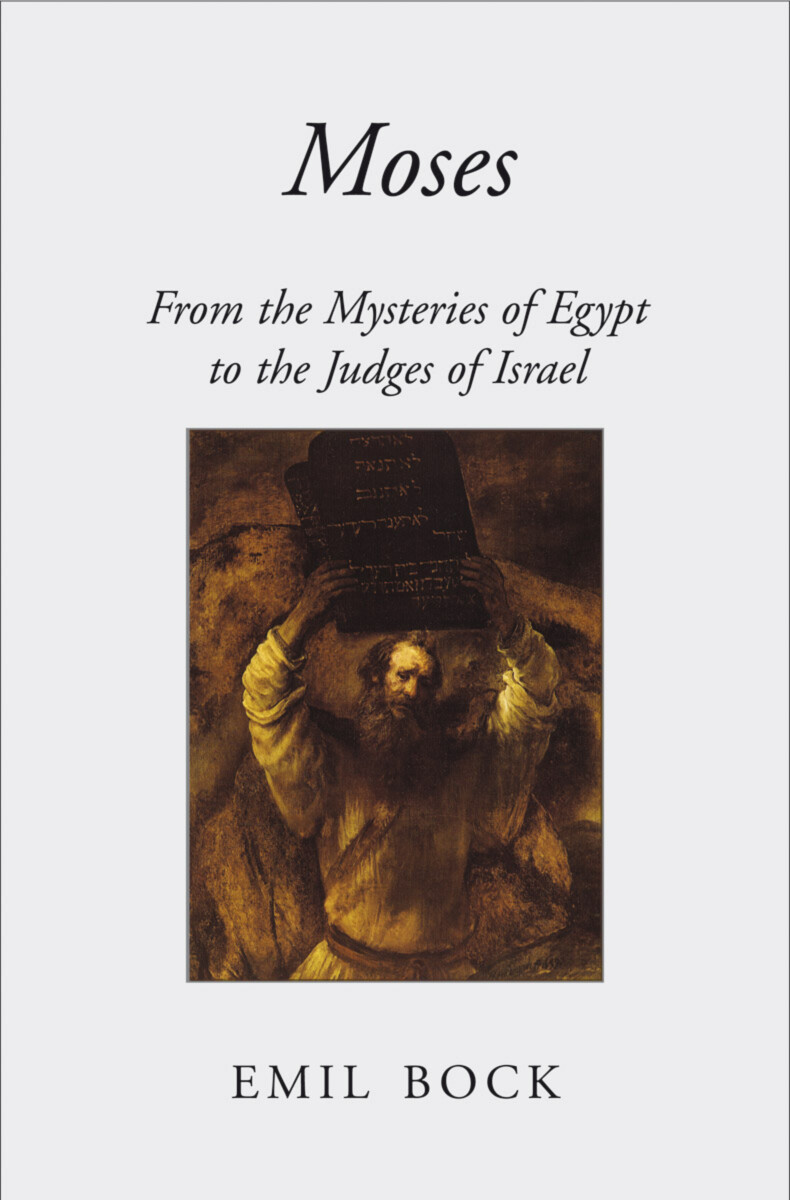 From the Mysteries of Egypt to the Judges of Israel

During the time of Moses a fundamental change in people's consciousness took place. Moses himself still had the ancient faculty of natural clairvoyance while a new, intellectual faculty was awakening.

Bock describes the symbols and myths of the Osiris-Isis mysteries, the Messianic hopes concerning the young sun-Pharaoh, Akhenaton, and the spiritual twilight of the Egyptian mysteries that led Moses to leave Egypt for the desert.

Bock interprets the imagery of the Bible in detail: the unconsumed burning bush, the miracles of staff and spring, the revelation on the Mount Sinai. He finds an inner history running parallel to the outer, linking far past and distant future. In its trials and temptations, the history of this people follows the same stages and crises as the life of Jesus of Nazareth.

Emil Bock brings his wide reading of the occult and mythological traditions to bear on one of the central Old Testament texts.