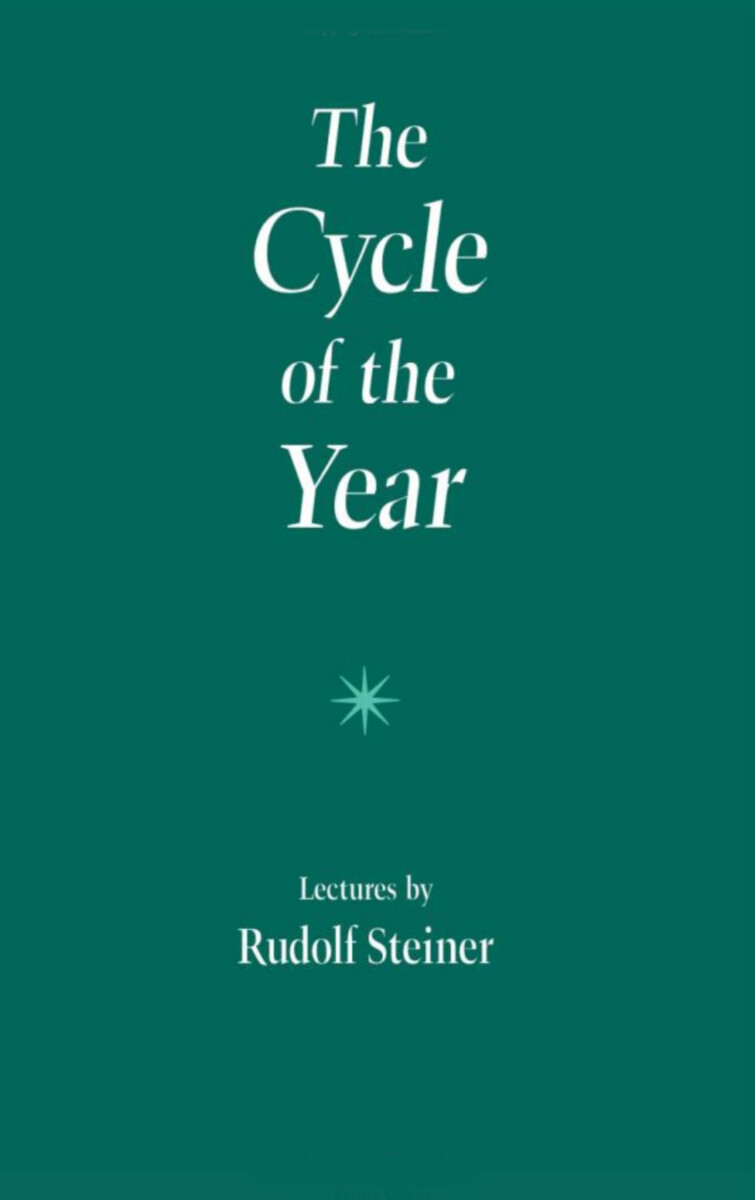 The Cycle of the Year

as Breathing Process of the Earth (CW 223)

"Human beings must attain an esoteric maturity in order to think not merely abstractly, but to be able to think so concretely that they can again become festival-creating. Then it will be possible again to unite something spiritual with the cycle of sense phenomena." —Rudolf Steiner

These five lectures were given at Easter, 1923. Rudolf Steiner, in a fully conscious way, laid a foundation for celebrating the Christian festivals—Christmas, Easter, St. John's, and Michaelmas. This is begun with a description of how the festival year evolved over long ages from the Earth's cycle of inbreathing and outbreathing. These forces are the Earth's soul activities in relation to the cosmos.

Rudolf Steiner reveals the deep relationship between humanity and the seasons of the Earth, the solstices, and the equinoxes. And through the festivals of the seasons, he reveals humanity's relationship to the Christ Being The esoteric realities behind the festivals are also discussed in relation to sub-earthly and supra-earthly forces, the ancient Mysteries, the activity of the Archangel Michael, morality, and the arts.