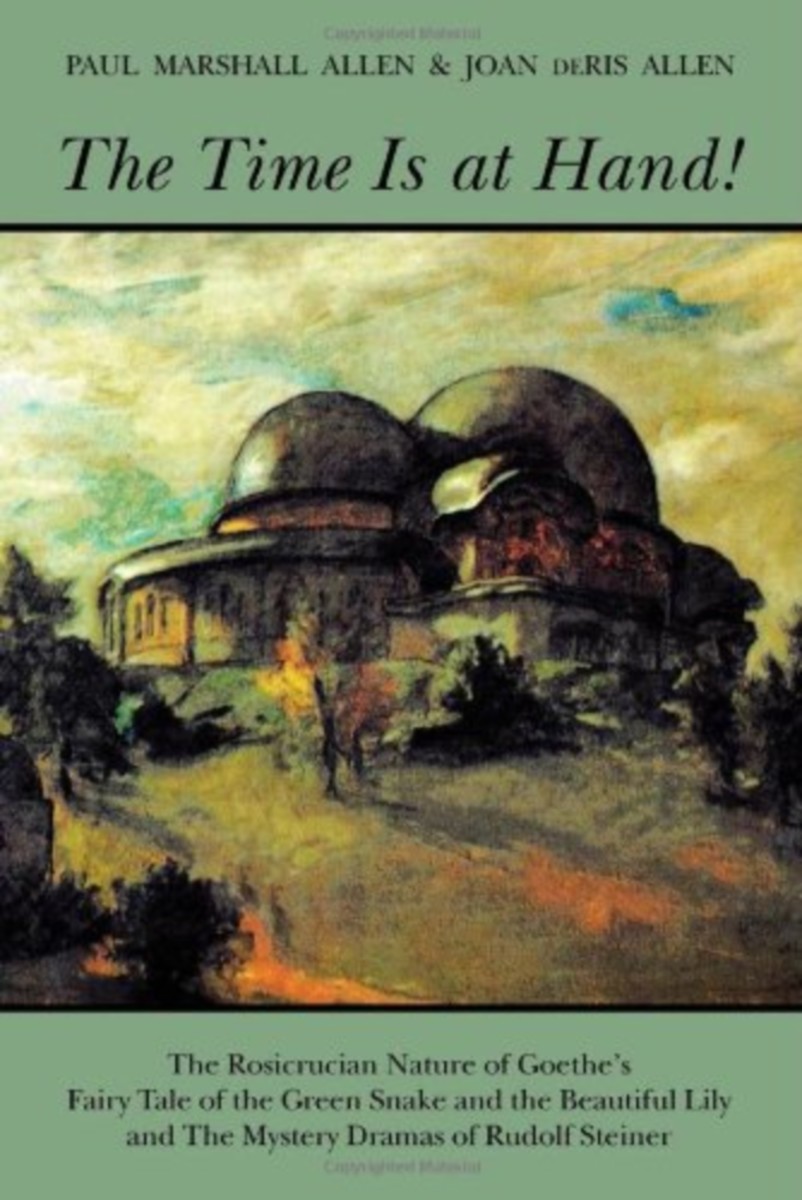 In 1795 Johann Wolfgang von Goethe produced his tale of tales—The fairytale of "The Green Snake and the Beautiful Lily," an extraordinary masterwork that is unique among Goethe's works. An initiatory fable of transformation, the tale arose out of the Rosicrucian, alchemical impulses that play an important role in Faust and Goethe's other writings. Among those influenced by it was Rudolf Steiner, whose mystery dramas employ similar themes.

The authors begin by placing the fairytale against the background of Goethe's life and cultural setting. They then discuss its importance in the development of Steiner's spiritual science. Finally, they describe its visual language, profound mystical insights, and relevance for us today.

The book includes Carlyle's classic translation of the tale and illustrations, plus Steiner's essay on its inner meaning. The authors offer a positive look at the possibilities of the twenty-first century. They view Goethe's fairytale as fully relevant to our time, just as it was when Goethe first wrote it.

Paul Marshall Allen (1913–1998) was an authority on the life and work of Rudolf Steiner and, as the “first American-born anthroposophic lecturer,” was a leading pioneer of Rudolf Steiner’s spiritual science across North America. He edited and wrote introductions for numerous books on Anthroposophy and spiritual wisdom, including his classic work, A Christian Rosenkreutz Anthology (1968), and wrote Vladimir Soloviev: Russian Mystic (1968). With his wife Joan deRis Allen, Paul coauthored Francis of Assisi’s Canticle of the Creatures (1996); Fingal’s Cave, the Poems of Ossian, and Celtic Christianity (1999); and The Time Is at Hand! (1995).

Joan deRis Allen was born January 20, 1931. She graduated from Columbia University School of Architecture in 1956 and practiced as an independent architect in the United States until 1968. At that time, together with her husband Paul Marshall Allen and two young children, she emigrated to England. In 1970, she founded Camphill Architects at Botton Village, Yorkshire, with Gabor Talló. Over the years her architectural work has taken her to Ireland, Scotland, and Norway. Joan now lives and works in Kimberton Hills, Pennsylvania. In 1970, she published Living Buildings, Halls and Chapels of the Camphill Movement for the fiftieth anniversary of the Camphill Move¬ment. She is author with Paul Marshall Allen of The Time Is at Hand!; Francis of Assisi, Canticle of the Creatures; and Fingal’s Cave, the Poems of Ossian and Celtic Christianity.