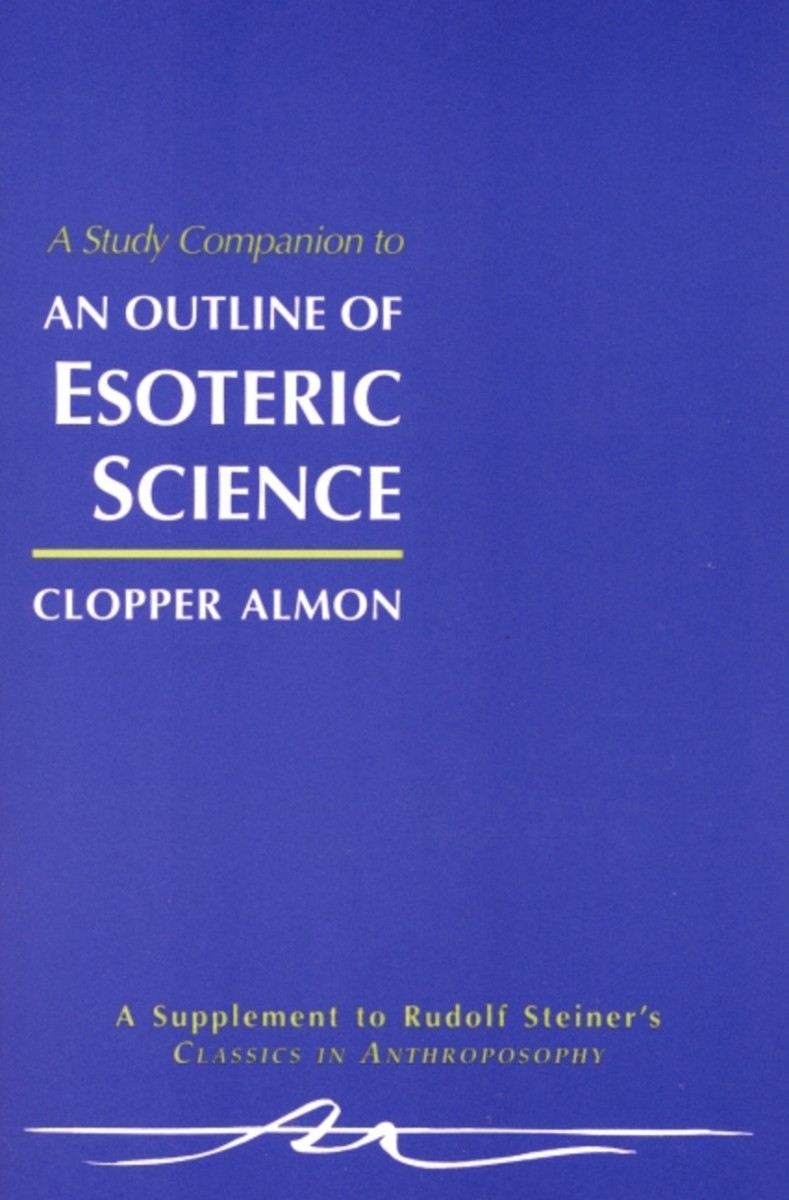 A Study Companion to An Outline of Esoteric Science

With the commentary in A Study Companion keyed by paragraph number to the text of An Outline of Esoteric Science, Clopper Almon takes the reader step-by-step through one of Rudolf Steiner’s most difficult texts. Each chapter is considered for themes, or brief summaries of the main points, review questions, discussion questions, and Almon’s own observations of the text.

“The title, Die Geheimwissenschaft in umriss [The occult science in outline] in the original points out that the subject of the book is just those realities and beings which are, at least initially, hidden from most of us. But at the same time, it makes explicit that this is no collection of ‘tales of the supernatural,’ but a clear, conceptual, thoroughly scientific account of these matters. Because the terrain is unfamiliar, a substantial portion of the book must be what might be called ‘conceptual description.’... The book is terse, concise, and demands the reader’s utmost attention, as well as the energy to visualize inwardly the pictures presented. It is not a book to be skimmed. Nor is it to be sampled here and there—though one man who tried to do so hit a passage that changed his life.” — Clopper Almon (from his foreword)

This study companion will be a great help to readers of every level, vastly enriching their reading of one of Steiner’s most important written works.

1. The Character of Esoteric Science
2. The Makeup of the Human Being
3. Sleep and Death
4. Cosmic Evolution and the Human Being
5. Knowledge of the Higher Worlds: Initiation
6. Cosmic and Human Evolution: Now and in the Future

Clopper Almon, a seasoned student of Anthroposophy, is a cofounder of the Rudolf Steiner Institute. He has taught courses there on Rudolf Steiner’s Outline of Esoteric Science and on other subjects. His is professor of economics at the University of Maryland, where his professional work is in building quantitative models of economics.

An Outline of Occult Science
(CW 13)
OR