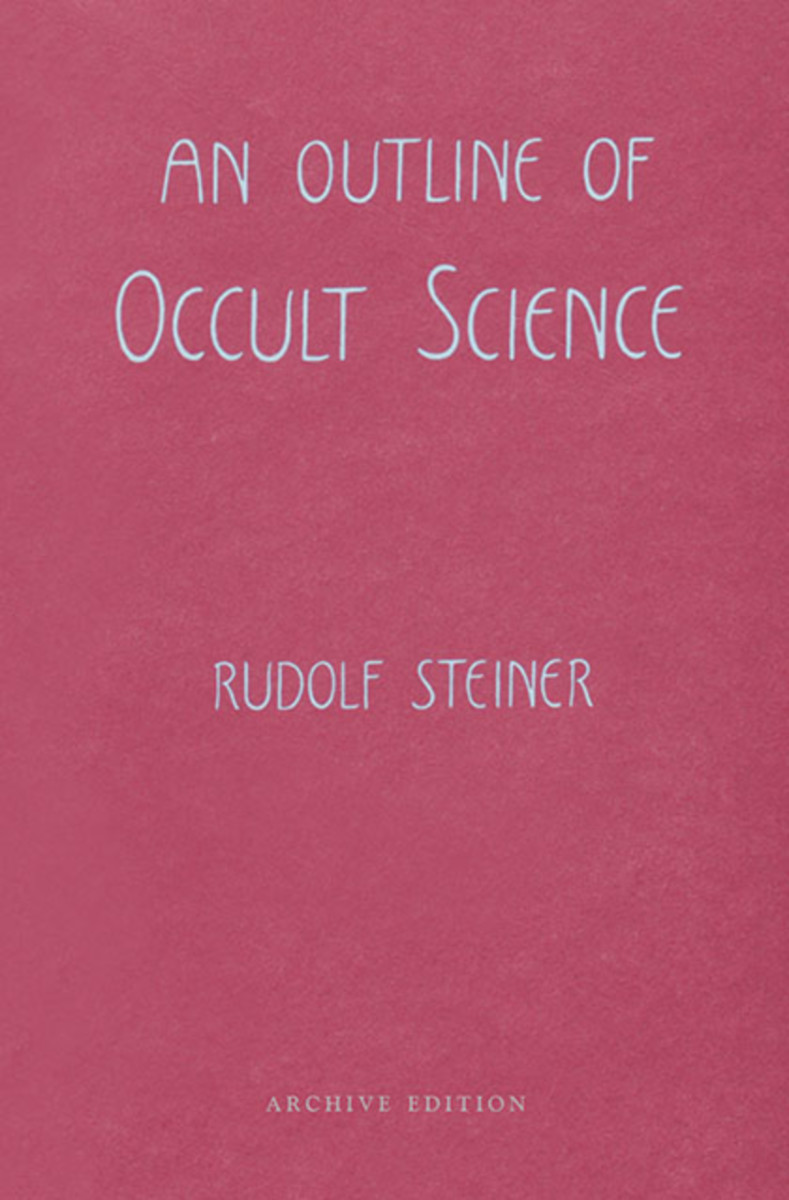 A Guide to the Evolving Destiny of Humanity and the Cosmos...

This book “contains the outline of Anthroposophy as a whole,” as Rudolf Steiner states in his preface. The “occult science” presented here is not a “secret” knowledge, but rather knowledge of what remains hidden from ordinary sensory perception. The light of suprasensory research illumines this knowledge and makes it her into an “open secret.”

Following an introduction to the invisible nature of the human body, soul, and spirit—including Steiner’s spiritual-scientific research on sleep, dreams, after-death experience, and reincarnation—the main content of the book begins in chapter 4.

This is a systematic description of cosmic evolution as it presents itself to an individual consciousness that has transcended the limits of space and time. Steiner portrays the immense drama of the cooperative activity of lofty spiritual beings on the complex harmony of the human structure during the seven cycles of previous incorporations of Earth.

Following this sweep through long ages of time, the higher tasks and events of more recent “historical” periods are traces up to the present time and beyond. The fulcrum of this cosmic evolution is shown to be the “Mystery of Golgotha.”

An additional chapter describes the training that students must undertake to prepare for the that of initiation. Steiner depicts the first stages of knowledge of the new “Grail” initiation with the Christ mystery at its center. This path begins with a study of results of spiritual science, including those presented in this book.

The cosmogony outlined in An Outline of Occult Science provides an inexhaustible source of insights into cosmic and human evolution and eventual destiny. With repeated study of this material, readers will find ways to open new vistas of understanding the spiritual origins and connections of the universe, Earth, and humankind.

This volume is a translation by Maud and Henry B. Monges of Geheimwissenschaft im Umriss (GA 13). Lisa D. Monges revised that translation for this 1972 edition.

1. The Character of Occult Science
2. The Essential Nature of Mankind
3. Sleep and Death
4. The Evolution of the Cosmos and Man
5. Cognition of the Higher Worlds—Initiation
6. The Present and Future of Cosmic and Human Evolution
7. Details from the Realm of Spiritual Science
8. Special Comments

This volume is a translation by Maud and Henry B. Monges of Geheimwissenschaft im Umriss (GA 13). The translation was revised for this 1972 edition by Lisa D. Monges. This translation has been authorized for the Western Hemisphere by agreement with the Rudolf Steiner Nachlassverwaltung, Dornach, Switzerland.

An Outline of Spiritual Science
(CW 13)