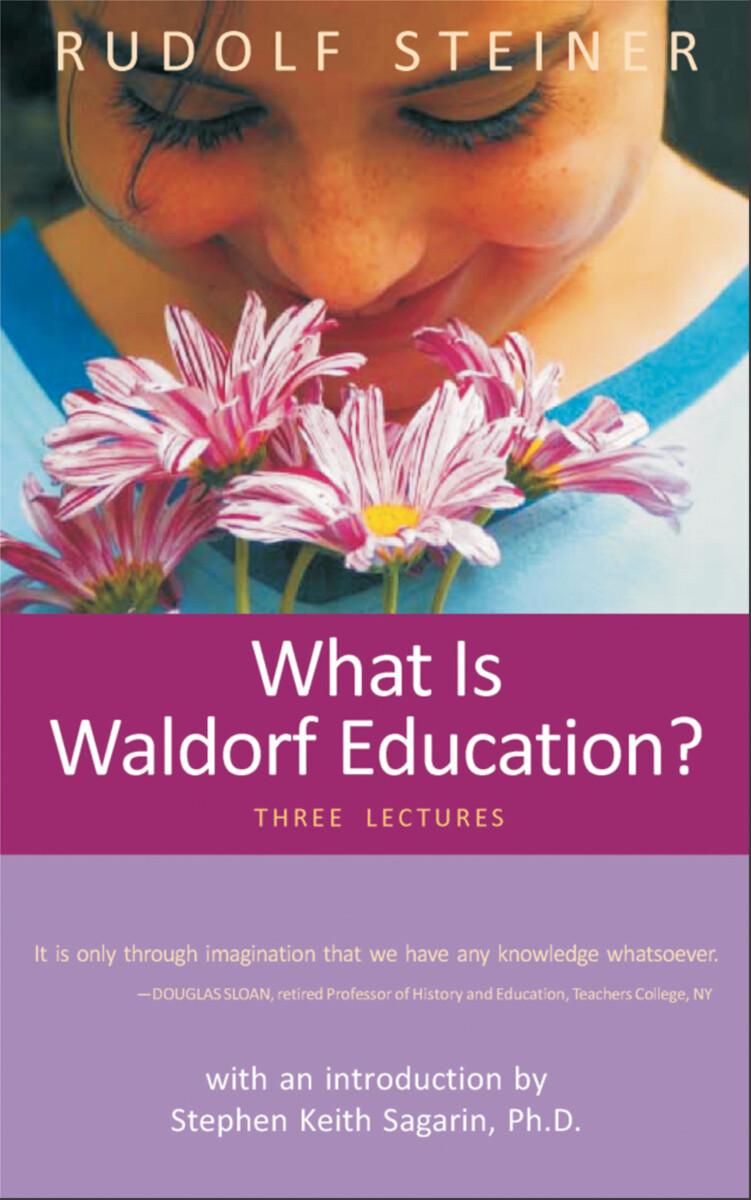 What Is Waldorf Education?

This is a reader-friendly Waldorf “taster,” with three public lectures by Rudolf Steiner on Waldorf education and a thought-provoking, accessible introduction by a Waldorf teacher and longtime student of Steiner’s pedagogy.

These lectures by Steiner present what he sees as the “fundamentals” in a matter-of-fact, objective, non-dogmatic way. The introduction, wide-ranging and informative, treats of Waldorf education and methodology in general, explaining that, before all else, a Waldorf School is a good school. This is a must-read for anyone involved with, connected to or interested in Waldorf education.

1. A Lecture for Prospective Parents
2. A Public Lecture on Waldorf Education
3. A Lecture to English Educators

Stephen Keith Sagarin, PhD, is faculty chair, a cofounder, and a teacher at the Berkshire Waldorf High School in western Massachusetts, where he teaches history. A former teacher and administrator at the Great Barrington Rudolf Steiner School and the Waldorf School of Garden City, New York, the high school from which he graduated, Dr. Sagarin writes, lectures, mentors teachers, and consults with Waldorf schools on teaching and administration. An associate professor and Director of the Waldorf High School Teacher Education Program at Sunbridge Institute, New York, he is also the former editor of the Research Bulletin of the Research Institute for Waldorf Education and has taught history of education at Teachers College, Columbia University; human development at the City University of New York; and U.S. and World History at Berkshire Community College, Massachusetts. Dr. Sagarin holds a BA in art history from Princeton University and a PhD in history from Columbia University. He is married and the father of two.

The Essence of Waldorf Education

How the Future Can Save Us
Fresh Perspectives on Waldorf Education: Principles, Methods, Curriculum

The Story of Waldorf Education in the United States
Past, Present, and Future
OR