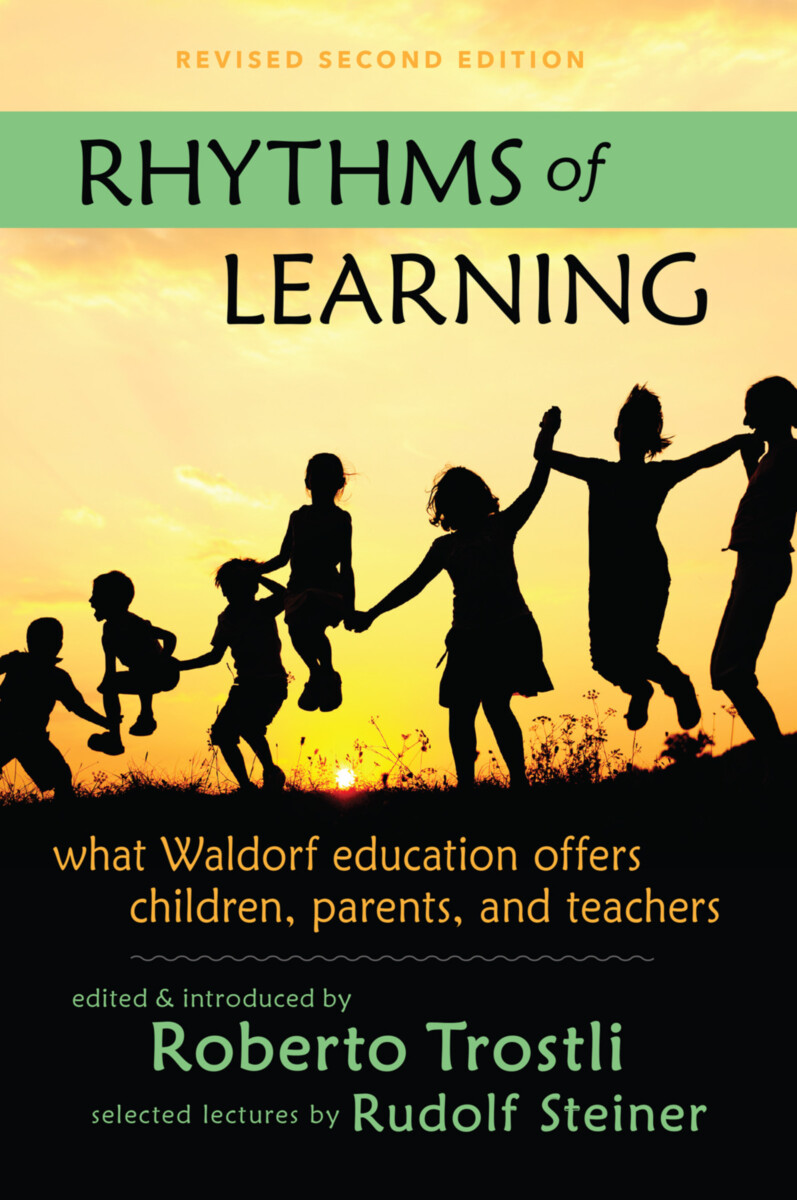 “An experiment in its eighth decade, with more than sixty thousand students attending five hundred schools worldwide, Waldorf education is the largest and fastest growing independent, nonsectarian school movement in the world. The more than one hundred and fifty Waldorf schools in North America appear to be but the beginning of a rapid growth that will almost certainly be continued by the next generation. This volume is intended as a companion to educators and parents, both inside and outside the Waldorf school movement, who want to explore Steiner’s intuitive and spiritual-scientific research concerning child development and, in particular, the positive and negative forces affecting that development in a culture that puts children at risk.” — Robert McDermott (from the foreword)

Waldorf education—an established and growing independent school movement—continues to be shaped and inspired by Rudolf Steiner’s numerous writings and lectures on education and child development.

In Rhythms of Learning, key lectures on children and education have been thoughtfully chosen from the vast amount of material by Steiner and presented in a context that makes them reader-friendly and accessible. In his many discussions and lectures, Steiner shared his vision of education that considers the spirit, soul, and physiology in children as they grow.

Roberto Trostli, a seasoned Waldorf teacher, has selected the works that best illustrate the fundamentals of this unique approach. In each chapter, Trostli explains Steiner’s concepts and describes how they work in the contemporary Waldorf classroom. We learn how the teacher–child relationship and the Waldorf school curriculum changes as the students progress from kindergarten through high school.

Rhythms of Learning is an excellent resource for parents who want to understand how their child is learning. Parents will also be more prepared to discuss their child’s education with teachers, and teachers will find it to be a valuable reference source and communication tool.

Foreword
Preface to the Revised Edition
Introduction: A Seed for the Future

1. The Foundations of Waldorf Education

The Education of the Child in the Light of Spiritual Science

3. The Waldorf Kindergarten: The World of the Young Child

4. The First School Years: From Whole to Part

5. The Middle Elementary School Years: Self and World

6. The Upper Elementary School Years: Cause and Consequence

The Child at Twelve
Teaching in the Upper Grades
Teaching History

7. The High School Years: Adolescence—the Quest for Self

8. The Arts in Waldorf Education: The Jewels in the Crown

Education through Art
An Introduction to Eurythmy

Roberto Trostli has been active in Waldorf education since 1981 as a class teacher, high school teacher, adult educator, author, and lecturer. He received his BA from Columbia University and his MA from the University of Cambridge, England. After working as a violinmaker, Roberto taught for ten years at the Rudolf Steiner School in New York City, the school he also attended as a child. Later, he moved to Hadley, Massachusetts, where he worked for eighteen years, first as a class teacher of graded 1 to 8, and then as the founder and director of the Hartsbrook High School. In 2009, Roberto moved to Richmond, Virginia, where he resumed class teaching at Richmond Waldorf School. Roberto also worked as a pedagogical consultant and lectured and offered workshops internationally. He was co-director of the part-time teacher training in Sunbridge College in New York, and served as Director of the Waldorf Research Institute. Roberto was a member of the Pedagogical Section Council for ten years and helped restructure the Association of Waldorf Schools of North America (AWSNA). Roberto's written works include numerous articles and plays. In addition to this volume, he edited Teaching Language Arts in the Waldorf School (2004) and Creating a Circle of Collaborative Spiritual Leadership (2014), and has written a book about the college of teachers in Waldorf schools. Early in his career, Roberto became interested in teaching science and wrote Physics is Fun!—revised and reissued as Physics the Waldorf Way (2016).

Educating for Balance and Resilience
Developmental Movement, Drawing, and Painting in Waldorf Education

The Essence of Waldorf Education

What Is a Waldorf Kindergarten?
OR