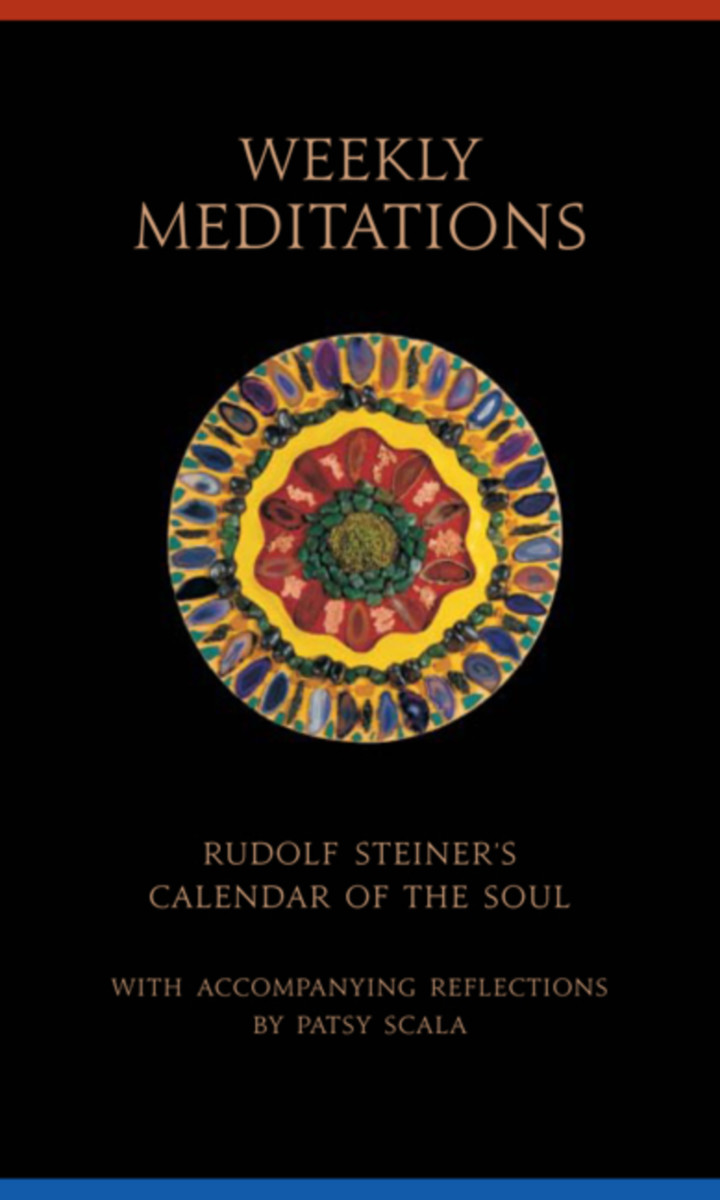 Rudolf Steiner's "Calendar of the Soul" with Accompanying Reflections

“Prayer in a human being is a conscious expression of the upward trend of nature found everywhere. So every impulse or desire of the soul for life, love, light, is a prayer.”
— Charles Fillmore, Teach Us to Pray

“I was surprised when I heard a ‘voice’ at about 3 a.m. while I slept one morning. I was told to write a series of reflections on the Calendar [of the Soul]. It seemed like a good idea, so I began the process. Every morning for a year I was awakened at the same time and ‘told’ what to write that day. Unlike some dedicated souls who get up and immediately write what they have heard, I went back to sleep. When I awoke, the message was still clear in my mind. So I wrote. Daily.”
—Patsy Scala (from the introduction)

When asked how one might find a way into Christianity, the Benedictine monk Brother David Steindl-Rast advised, “Meditate the sacred year.” In the same vein, when asked what a lifetime’s study of Anthroposophy had given him, the English philosopher Owen Barfield replied, “I now have some idea of the reality of the living year.” For readers who like to chew meditatively on poetry, Weekly Meditations will put them firmly on the path to realizing both of these great realities.

Rudolf Steiner’s weekly verses allow attentive readers to follow the course of the year in body, soul, and spirit. In addition, from the perspective of one who has sought to live inwardly with the sacred, living year, Patsy Scala’s poetic reflections, which arose from her deep practice of the verses, provide an accessible and complementary guide to one’s daily practice.

Weekly Meditations is a book to keep handy and reread throughout the seasons of the year.

Patsy Scala is the vice president and a director of the Center for Spiritual and Cultural Unity in Syracuse, NY, a not-for-profit organization and resource for those in search of a complete life in body, soul, and spirit. A former vice president at Merrill Lynch, Patsy retired in February, 2007, after twenty-seven years with the firm. Her first book, Seven Steps to Everyday Mysticism, was published in 2002, and she has spoken extensively in Unity churches on Creating Prosperity in Your Life. A student of Anthroposophy, Patsy is a member of the Anthroposophical Society in America, as well as the First Class of the School of Spiritual Science. She lives on Mystic Mountain in New Woodstock, New York, with her husband Joseph and their dog Muffin. Her daughter Laura lives in Buffalo. Patsy enjoys hiking, boating, gardening, long walks in nature, snow shoeing, and, of course, writing.

The Soul Calendar and the Lemniscate
Understanding and Transforming Ourselves
OR