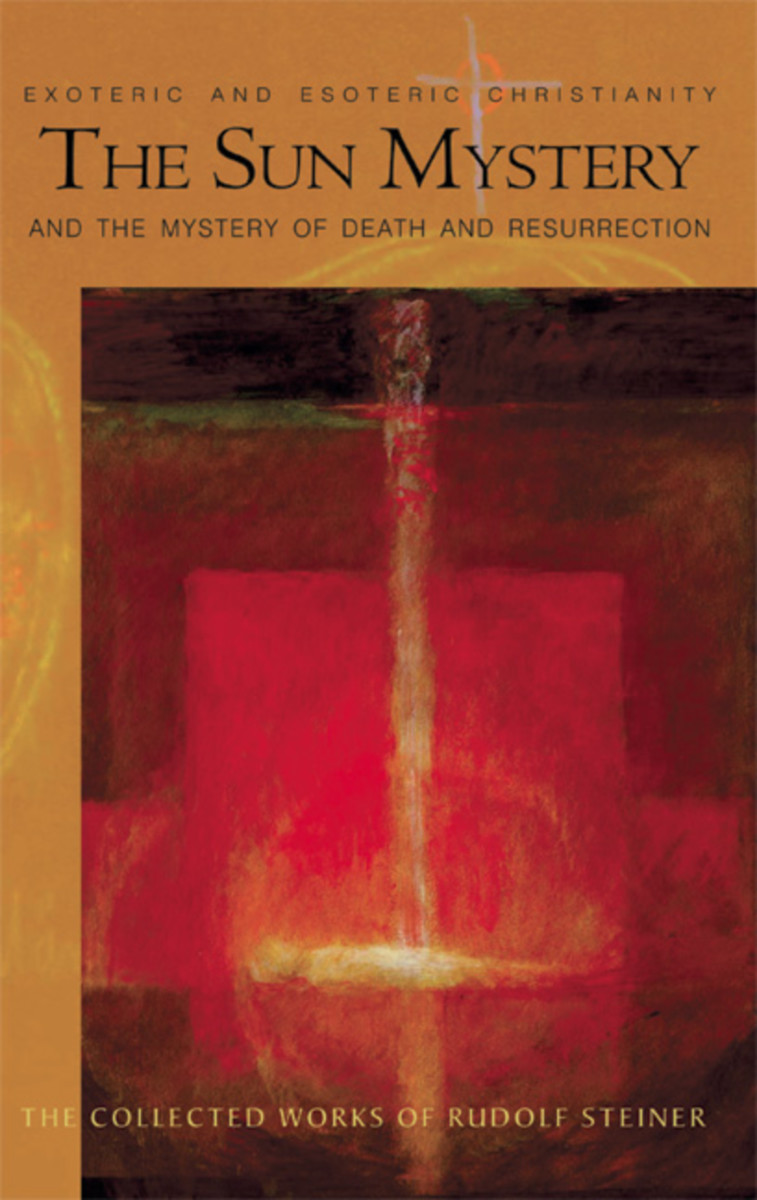 The Sun Mystery and the Mystery of Death and Resurrection

“We must understand that if we relate only to dead matter, we ourselves become dead and ahrimanic, but if we have sufficient courage and love for all the beings around us to relate to them directly (not to our dead ideas about them), we discover the Christ in everything and victorious spirit everywhere. When this happens, we may need to speak in ways that seem paradoxical to our contemporaries. We may need to speak about the individual spiritual beings that live in the solid and fluid elements and so forth. As long as we avoid talking about these beings, we are talking about a dead science that is not imbued with the Christ. To speak about them is to speak in a truly Christian sense. We must imbue all of our scientific activity with the Christ. More than that, we must also bring the Christ into all of our social efforts, all of our knowledge—in short, into all aspects of our life. The Mystery of Golgotha will truly bear fruit only through human strength, human efforts, and human love for each other. In this sense, Anthroposophy in all its details strives to imbue the world with the Christ.” —Rudolf Steiner

These lectures were given midway between World War I and Steiner’s death in 1925. They will be of particular interest to anyone wanting to comprehend Rudolf Steiner’s mature understanding of his mission: “enchristing” the world. The first two lectures constitute a call to arms or return to basics. Steiner speaks existentially and phenomenologically, building upon recognizable descriptions of actual experiences. His theme is the three states of consciousness (waking, dreaming, and dreamless sleep), and he shows how these ordinary human functions have initiatory possibilities.

The next four lectures deal with the evolution of consciousness in relation to the universal significance of the Christ event. Through the resurrection, Christ’s being entered earthly evolution. As a result, we see the world differently. Where ancient humanity experienced, “Not I but the divine spirit around me,” we can experience, “Not I, but the Christ in me.” With this insight, we reach the heart of this volume—esoteric Christianity.

For Steiner, our most important task as human beings is to learn to overcome death by uniting with the Christ, who overcame death. Humanity’s survival depends upon the “enchristing” of the world. It is the purpose of Anthroposophy to bring this reality into world evolution, to enable all religions and all human beings to experience the new reality.

1. The Life of the Human Soul in Sleeping, Waking, and Dreaming
2. The Three States of Night Consciousness
3. The Transformation of Worldviews
4. Historical Changes in the Experience of Breathing
5. The Human Being as Portrayed in Greek Art
6. Investigating and Formulating the Cosmic Word in Inhalation and Exhalation
7. Exoteric and Esoteric Christianity
8. The Teachings of the Risen Christ
9. Spiritual Insight and Initiation
10. Perceiving the Christ through Anthroposophy
11. The Threefold Sun and the Risen Christ
12 Anthroposophy as an Attempt to Enchristen the World

Approaching the Mystery of Golgotha
(CW 152)

The Mystery of the Resurrection in the Light of Anthroposophy
OR