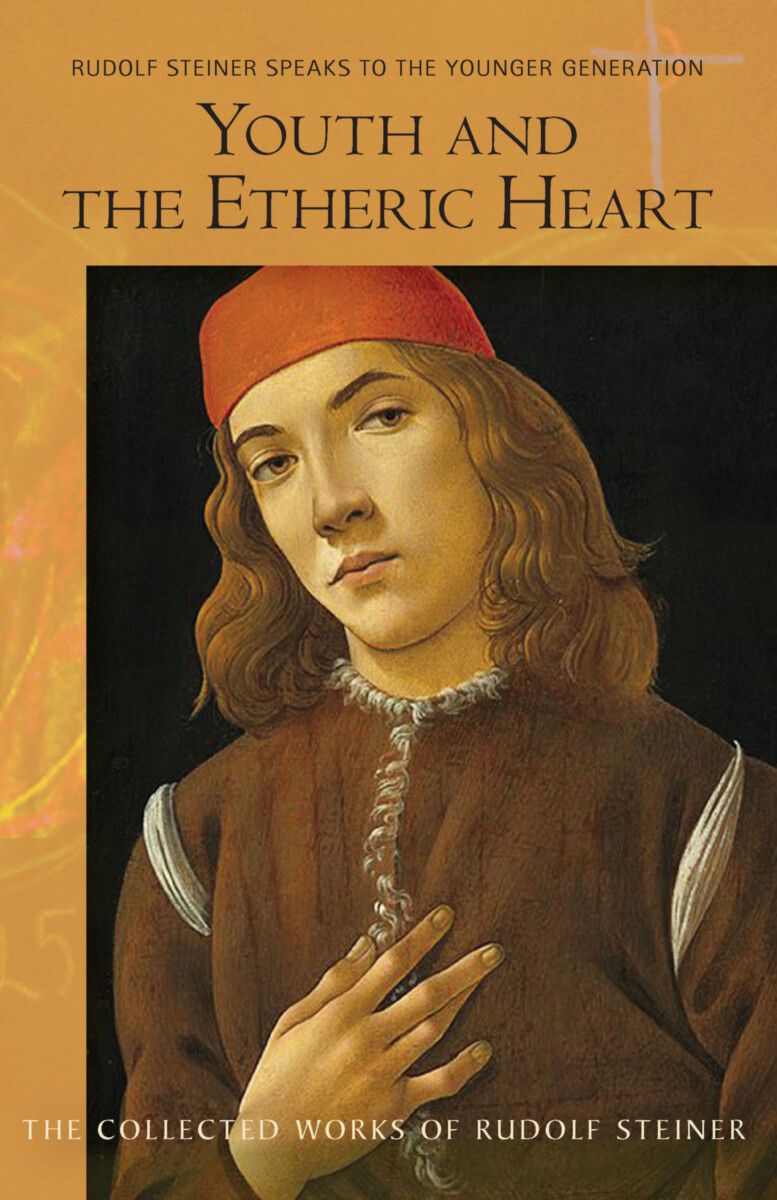 The Collected Works of Rudolf Steiner Series 217a

Youth and the Etheric Heart

Rudolf Steiner Speaks to the Younger Generation (CW 217a)

Youth and the Etheric Heart, which comes to twenty-first-century readers in the somewhat deceptive wrapping of a historical document of Rudolf Stiener's addresses to young people during 1920 to 1924, is (at least for those concerned with the future of Anthroposophy or with the future of spiritual life in general) one of the most extraordinary and prophetic volumes in the collected works.

This book is intended by its editors to be supplementary to the central turning point of the movement, the 1922 "Pedagogical Youth Course," published as Becoming the Archangel Michael's Companions.Together, they present Steiner's vision for Anthroposophy as he hoped it would permeate culture through young people able to take it up as a spiritual, intellectual, and socially transforming path.

The task, which underlies the whole volume and to which we, too, are called by service to the Archangel Michael, is to open to the etheric heart in humanity. This becomes clear in Rudolf Steiner's final address to the young people attending a teachers' conference in Arnheim on July 20, 1924:

“What is needed is not thinking about what should happen. People should feel that the spirit outside of us speaks in the flames of nature. The sunrise has changed. But also our heart has changed; we no longer bear the same heart in our chest. Our physical heart has grown harder, and our etheric heart more mobile. We must find access to our suprasensory hearts. This is the way we must understand spiritual science.“

In this respect, young people have hearts ideally suited to feeling when something is right. It simply requires courage to really think it. It is in the light of "our suprasensory heart” that we should approach this volume, and indeed Anthroposophy as a whole.

Youth and the Etheric Heart is a great companion volume to Becoming the Archangel Michael’s Companions (CW> 217). During the early 1920s, following the disaster of World War I, the youth of Europe faced many hardships and questions about their destiny in the world. The situation today is certainly different, but the questions are no less urgent.

This volume is the first complete English translation from the German of «Die Erkenntnis-Aufgabe der Jugend» (GA 217a).

• The Cognitive Task of Academic Youth: Address Given after the Burning of the Goetheanum on New Year’s Eve, 1922/23, Dornach, January 6, 1923
• Restructuring the Anthroposophical Society: Address and Discussion in Preparation for the Delegates’ Assembly, Stuttgart, February 8, 1923
• Three Main Questions for the Anthroposophical Youth Movement: Address and Question-and-Answer Session in Stuttgart, February 14, 1923

• Announcing a Section for Youth: Newsletter, February 24, 1924
• On the Youth Section of the Independent School of Spiritual Science:

ON THE YOUTH SECTION OF THE INDEPENDENT SCHOOL OF SPIRITUAL SCIENCE

• The Independent School of Spiritual Science: In the school of spiritual science, the immediate human element must come into its own, Newsletter, April 6, 1

• The Nature and Aims of the Youth Movement: From Rudolf Steiner’s Report in the Weekly Newsletter, What Is Happening in the Anthroposophical Society: News for Members, vol. 1, no. 24, June 22, 1924
• Address and Q&A Session at Breslau-Koberwitz, June 9, 1924
• How to Rediscover the Forces Active in Nature, June 20, 1924
• Address during the Breslau-Koberwitz Conference, June 17, 1924
• The Life of the World Must Be Constructed Anew from the Ground Up, Arnheim, July 20, 1924

• Appeal to the German People and Culture, Rudolf Steiner, 1919
• Appeal to the Academic Youth Association for Anthroposophical Higher Education, autumn 1920
• Circular from the Anthroposophical Society’s Representative Body to the Members, Feb. 13, 1923
• Memorandum to the Committee of the Independent Anthroposophical Society, for Purposes of Orientation, March 1923
• Report to the Dornach Youth, address of March 17, 1924
• Report by Various Participants on the Stuttgart Address, April 11, 1924
• Rudolf Steiner’s Breslau Youth Addresses, June 1924
• Reports by Various Participants on the Breslau Youth Address, June 11, 1924
• Letter by Dr. Steiner on Choosing a Profession
• Recollected Images of Two Lectures by Rudolf Steiner on Painting, Oct. 3–15, 1922
• A Special Note from the German Editor