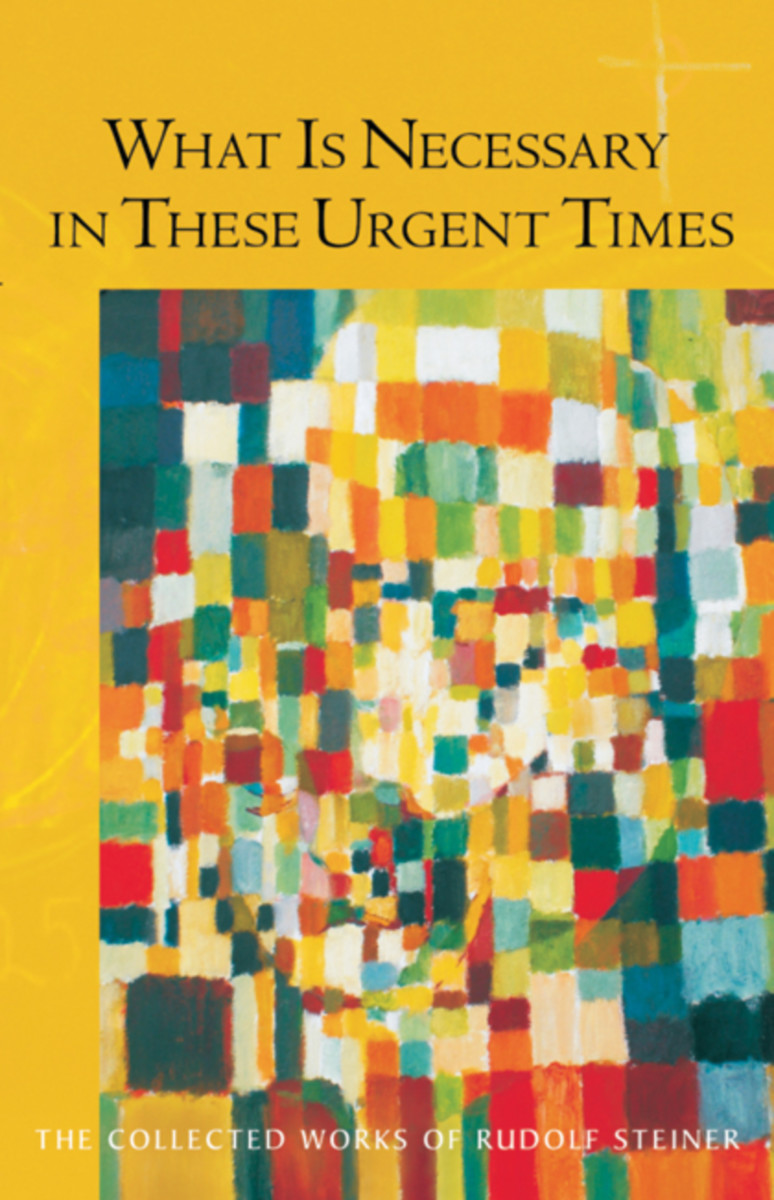 What Is Necessary in these Urgent Times

In the vast range of Rudolf Steiner’s lectures, jewels of all kinds lie hidden in plain sight, awaiting only our discovery of them. Such lectures contain a kind of wisdom not found anywhere else. And sometimes, as in What Is Necessary in These Urgent Times, they also have a translucency and conviction that makes them transformational.

In early 1920, political, economic, social, and spiritual chaos was everywhere. The old world had fallen apart and would need to be rebuilt. Anthroposophy, too, had to be remade. Recognizing this, Rudolf Steiner tirelessly working for the “threefold social order,” establishing the first Waldorf school, helping to create businesses, and addressing the talented, educated, and idealistic young people who were beginning to turn toward Anthroposophy for answers.

In these lectures, Steiner speaks in the new, direct “Michaelic” way, seeking the path to a new way of doing Anthroposophy. Throughout the critical situation of the time, he never lost his sense of humor or his compassion and equilibrium. His tone is warm, relaxed, and intimate. Rather than following a strictly predetermined path, he speaks directly from the heart about what concerned him.

He stresses that the task of spiritual science is to awaken us to reality and to a true understanding of life that sees through illusions and understands the ever-present potential of evil. Speaking both esoterically and exoterically, he returns repeatedly to the importance of community, of meeting one another face-to-face, heart-to-heart, as individuals. Thus, rather than seeking power and control, we are called to cultivate trust and receptivity. This takes a spiritual transformation. We must learn to live this present life in the context of our greater spiritual life, which extends from before birth through earthly life and into the life after death that precedes our next birth. At the same time, we must come to know the Christ, who is to be met only in community. Selfishness, egotism, has no part in the new way: "When someone is alone Christ is not there. You cannot find Christ without first feeling a connection to humanity as a whole. You must seek Christ on the path that connects you with all humankind.... To be connected only with your own inner experiences leads you away from Christ."

Steiner deals with many other important themes, as well, including “imperialism,” the initiate behind Shakespeare, Bacon, and James I—makers of our modern age—and well as fascinating, initiatory remarks on reincarnation, esoteric physiology, and psychology.

What Is Necessary in These Urgent Times is a translation from German of Geisitige und soziale Wandlungen in der Menschheitsentwikelung (GA 196).