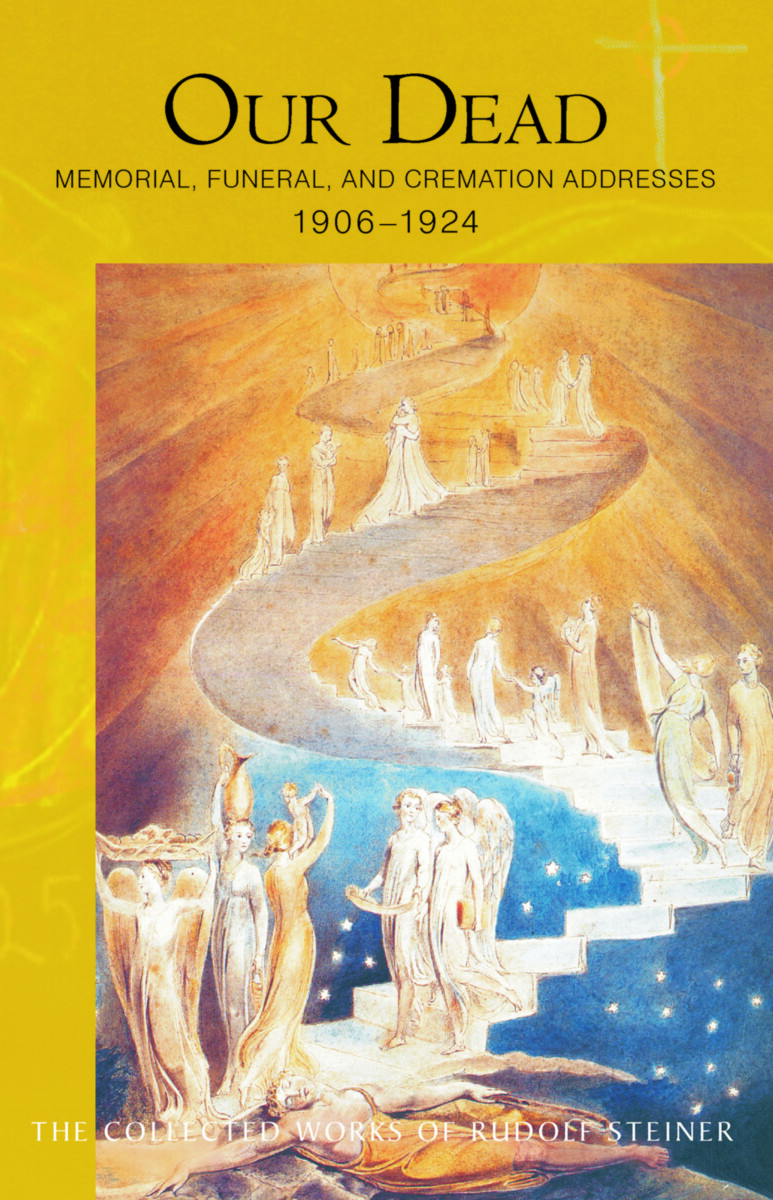 Our Dead collects Steiner’s memorial, funeral, and cremation addresses, as well as a sampling of prayers and meditations for the dead. The context, intimate and sober with grief, means that his intent is quite other than if he had been speaking in a lecture hall. His primary concerns—while based on spiritual-scientific research and, in some cases, the actual living expression of it in real time—are ethical and existential and, at the same time, ceremonial and communal.

Rudolf Steiner stands as speaker before and for the living—relations, friends, and community members—and for the one who has died, even, in a way, for the greater “cloud” of all the dead. With his feet planted firmly on the Earth, Steiner moves seamlessly between the sensory-physical, embodied world and the invisible, suprasensory, discarnate one. Speaking in an intimate, personal manner to both worlds, he unites the living and the dead with words that are both practical and healing.

We meet Rudolf Steiner in this book in a different way. Here, the substance of what he communicates is less what he says than how he says it; he emphasizes, above all, the tenderness and compassion with which he unites with both the souls of the departed in the spiritual world and those grieving on Earth. Through his words, Heaven and Earth, the spiritual and earthly worlds, are brought closer together. Through his example, embodied in his words filled with feeling, a bridge is revealed on which we, too, may cross.

Shining through this book is Rudolf Steiner’s love for humanity—how he loved his students and those with whom he worked, seeing the best in them as he lovingly crafted their biographies; how behind all of this stands his love for every human being and the whole of humanity as a single being; how, indeed, his interest in and care for each human being as a unique individual—in this case, members of the Anthroposophical Society—seems boundless.

Those who love Rudolf Steiner, as well as those who are simply interested in him; those who seek comfort and guidance when grieving loved ones who have died; those who seek ways of entering a real relationship with the dead, who wish to understand how the dead might influence our lives—these will find in this volume irreplaceable substance for meditation, thought, and practice.

This volume is a translation from the German of «Unsere Toten. Ansprachen, Gedenkworte und Meditationssprüche 1906–1924» (GA 261).