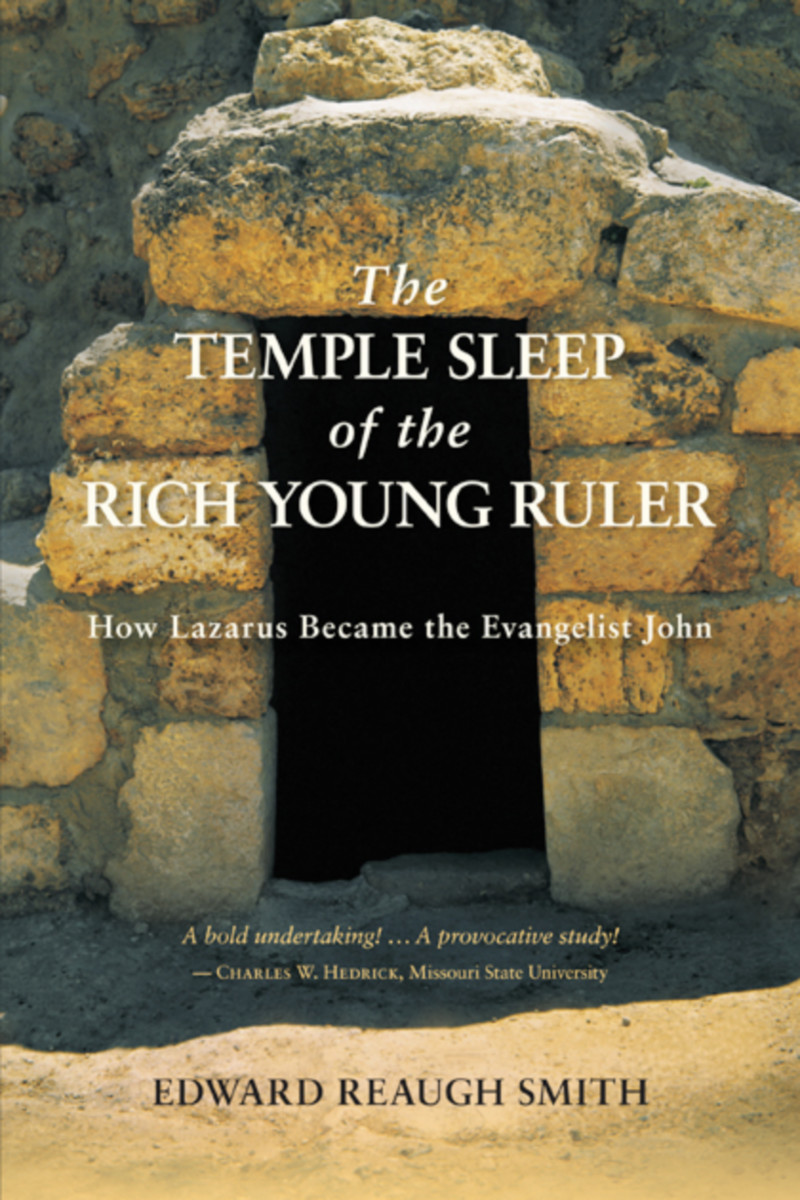 The Temple Sleep of the Rich Young Ruler

How Lazarus Became the Evangelist John

Who wrote the Gospel of John? The author identifies himself only as “the disciple whom Jesus loved,” and Christian tradition tells us that this disciple was the apostle John. However, during the past century, scholars have increasingly come to doubt that attribution.

In 1902, Rudolf Steiner wrote that the author of the Gospel of John was in fact Lazarus. Steiner’s position stemmed from his insight that Lazarus’s encounter with death involved far more than people realized—an initiation into higher spiritual realities that uniquely qualified him to write this gospel. Edward Smith takes up this argument and shows that subsequent research has tended to favor Lazarus for reasons grounded in John’s Gospel itself.

More important, Smith shows that subsequent discoveries at Nag Hammadi and Mar Saba corroborate Steiner’s reasoning about the nature of the raising of Lazarus, pointing to Lazarus as “the rich young ruler” of Mark’s Gospel.

“A bold undertaking! Smith aims at a broad synthesis of the teachings of the early twentieth-century esoteric philosopher Rudolf Steiner with the ancient mysteries, certain religio–philosophical texts in the Nag Hammadi Library, pre-Constantinian esoteric Christianity, and the Secret Gospel of Mark.... The brief excerpts from the Secret Gospel, quoted in the Letter of Clement to Theodore, fit well the esoteric fabric out of which Christianity emerged in its earliest days. In his excellent legal analysis of the failed 'proofs' offered by Stephen Carlson and Peter Jeffery that the Secret Gospel is a modern forgery, Smith reveals his thorough grasp of the literature and a keen sense of what should qualify as proof. A provocative study!”

“Few scholars have dared to put the insights of historical critical biblical scholarship into dialogue with the esoteric wisdom of Rudolf Steiner. Ed Smith has done so again and again. Smith's latest contribution is a treasure trove of information on the controversy surrounding Morton Smith's discovery of a Secret Gospel of Mark, on Rudolf Steiner's understanding of the ancient mysteries, and on anthroposophy's revitalization of allegorical exegesis. All of this points to the possibility that John the evangelist, Lazarus, and the rich young ruler of Mark 10:17 to 22 are one and the same. Those who are not convinced by Smith's analysis will surely be stimulated and challenged to contemplate what disparate exegetical traditions might learn from one another.”

The Mystery, Biography, and Destiny of Mary Magdalene
Sister of Lazarus John & Spiritual Sister of Jesus
OR