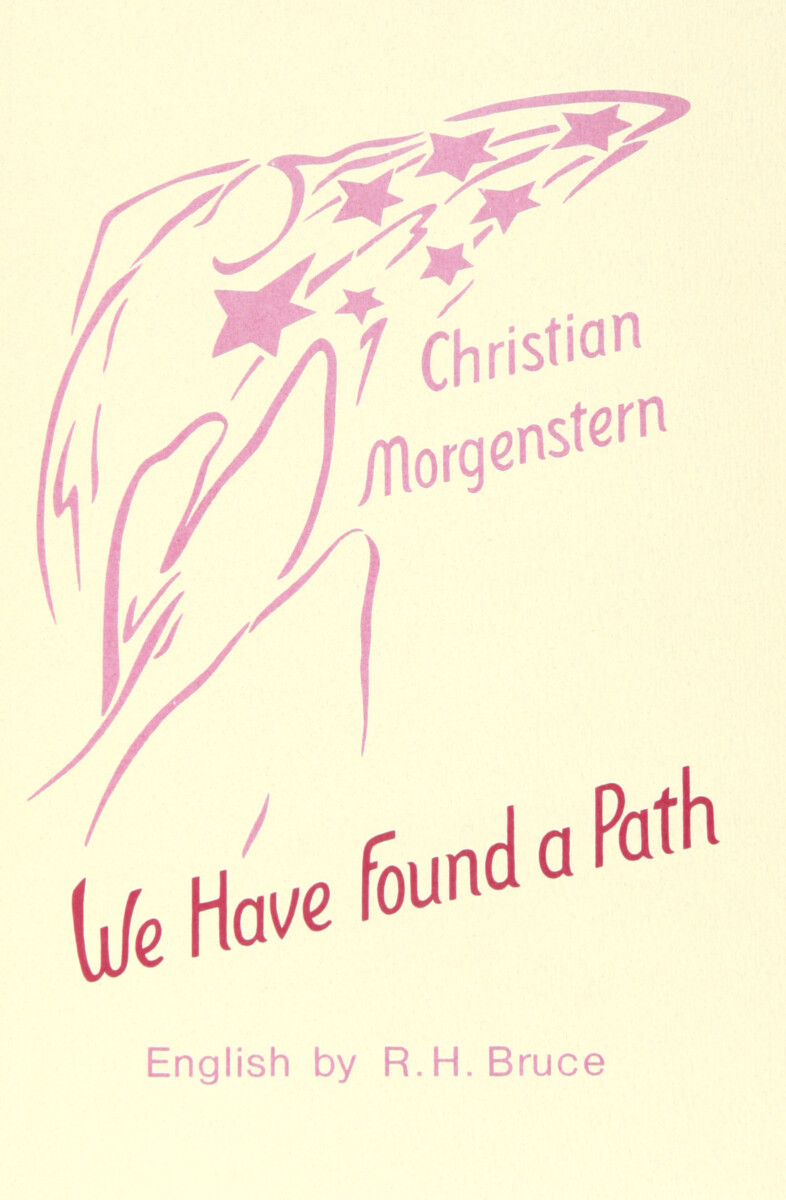 We Have Found a Path

We Have Found a Path is a volume of poetry dedicated to Rudolf Steiner by one of his intimate students, the renowned German poet, Christian Morgenstern. Poems include the well known: “Washing of the Feet” plus other inspirational and guiding works. Translation into English was done by R.H. Bruce. The German poems are also included in this volume.

Christian Otto Josef Wolfgang Morgenstern (1871–1914) was a German author and poet from Munich. He married Margareta Gosebruch von Liechtenstern in 1910 and worked for a while as a journalist in Berlin, but spent much of his life traveling through Germany, Switzerland, and Italy, primarily in a vain attempt to recover his health. His travels, though they failed to restore him to health, allowed him to meet many of the foremost literary and philosophical figures of his time in central Europe. Morgenstern became a member of the General Anthroposophical Society, and Rudolf Steiner called him "a true representative of Anthroposophy."

Book of the Heart
The Poetics, Letters and Life of John Keats

The Gentle Will
Guidelines for Creative Consciousness

A Way of Seeing
Perception, Imagination, and Poetry
OR