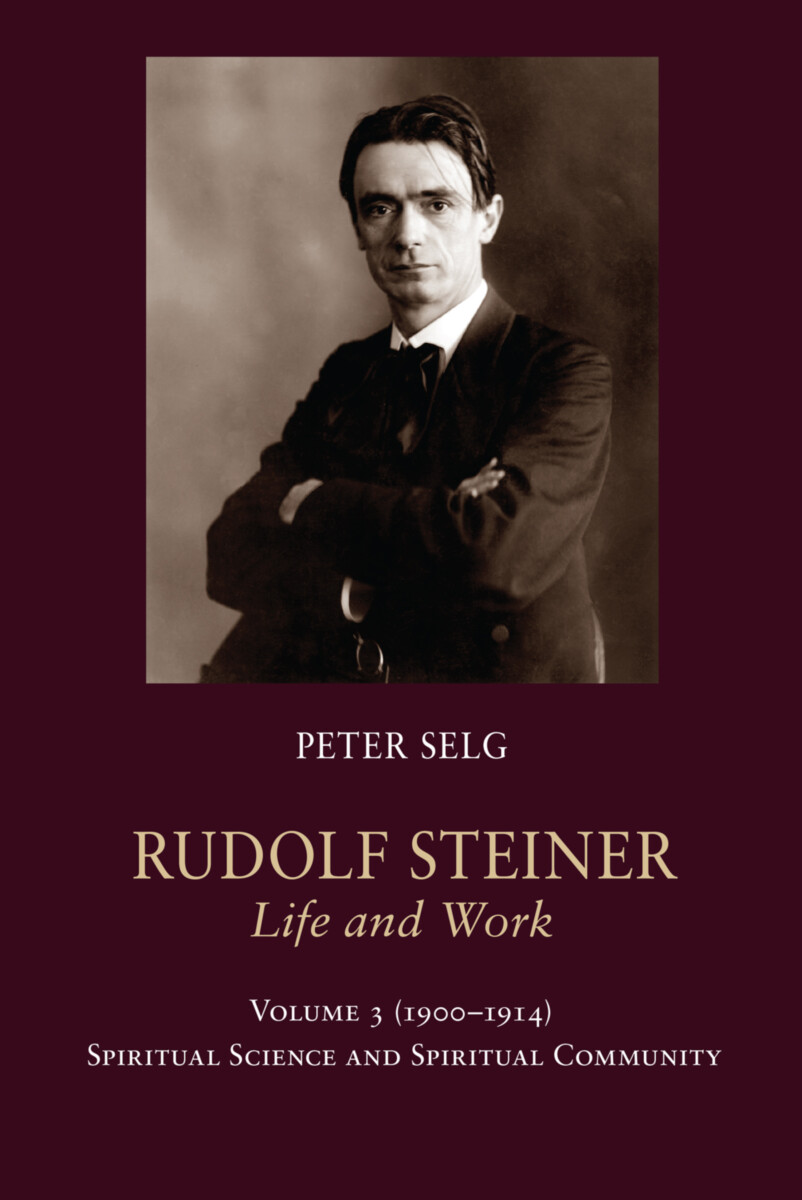 “Try to become one with the world—that will be the best and most important ‘program.’ It is something that cannot be contained in statutes but needs to burn in our hearts as a flame.” — Rudolf Steiner

The third volume of Peter Selg’s comprehensive presentation of Rudolf Steiner’s life and work begins with Steiner’s invitation to lecture in the Theosophical Society during the summer of 1900. From the outset of his theosophical involvement, Steiner was resolved to serve and develop the Western path to the spirit, traversed in full, conscious clarity of thought. He was therefore critical of the tendency to avoid the modern standards of a sound knowledge process in matters of spirituality and esotericism, and instead emphasized the importance of idealist philosophy as groundwork for understanding spiritual cognition.

Although his approach did not always harmonize with theosophical pursuits, Rudolf Steiner recognized the sincere striving at the basis of this movement and agreed to take on increasingly greater responsibility for the German Section. Marie von Sivers, who would later become his wife, was his most supportive colleague during this time. At a decisive juncture, Steiner broke from the Theosophical Society to found the Anthroposophical Society, through which he would continue the development of modern spiritual science more freely in accord with his original intentions.

This volume covers the period during which Steiner wrote some of his foundational works: Christianity as Mystical Fact (1902); Theosophy (1904); How to Know Higher Worlds (1904); and An Outline of Esoteric Science (1909). Peter Selg also describes the building of the first Goetheanum in Dornach as an artistic embodiment of esoteric wisdom, giving rise to an international working community, as well as the performance of the mystery dramas and Rudolf Steiner’s profound Christological lectures known as the Fifth Gospel.

“One of the most essential conditions of a book that has grown out of spiritual science is that one assimilates more than its content—that is the very least of it. In addition, in assimilating the book, one in a certain way alters how one thinks and feels and senses things; one progresses in relation to the standards and criteria otherwise used in the ordinary world. The difficulty confronting the understanding of spiritual-scientific works even today is that people read them like other writings and believe they can absorb the content in the same way as in other writings; whereas in fact something in themselves must be transformed if they have understood a true esoteric book really thoroughly. Hence it is understandable that most people in our time reject real esoteric books.” — Rudolf Steiner (Oct. 3, 1914)