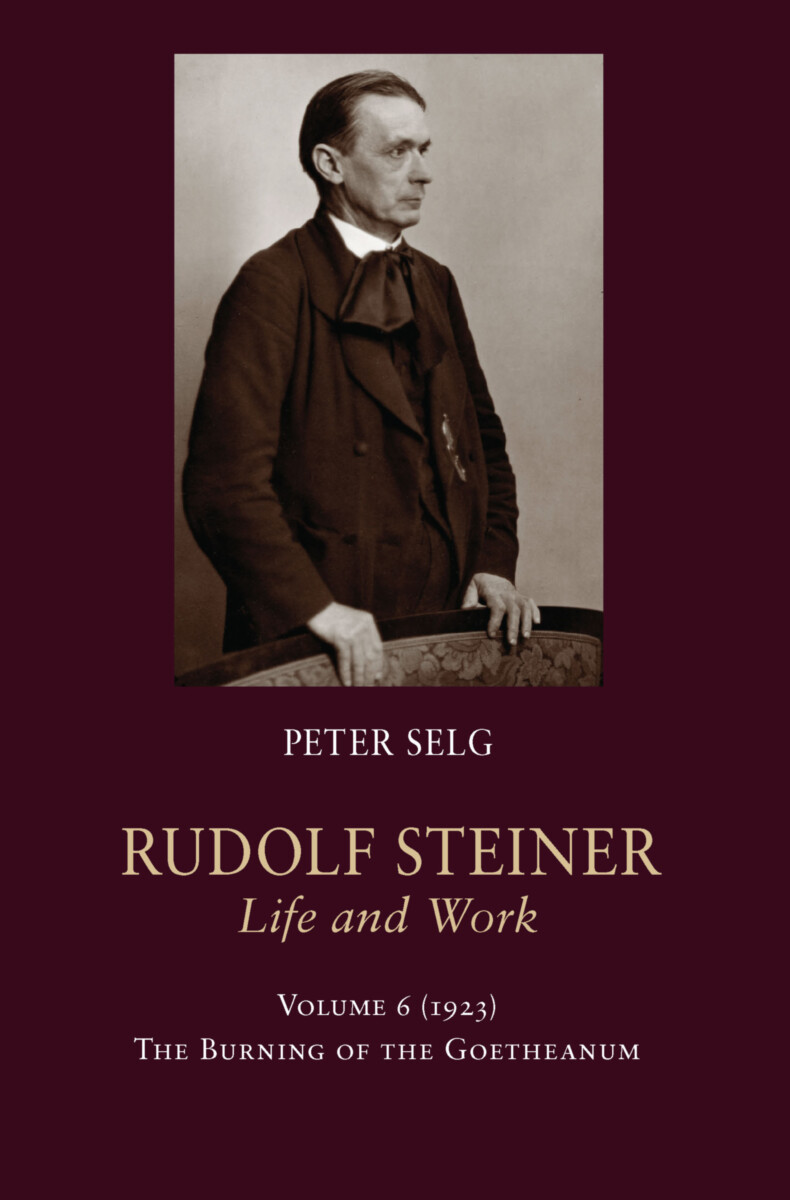 1923: The Burning of the Goetheanum

In 1923, Central Europe was still in disarray and social chaos created by the polarizing events of World War I. In volume 6 of his seven-volume biography of Rudolf Steiner, Peter Selg focuses on one of the most tragic years for the anthroposophical movement, including especially the rise of nationalism and the seeds of hatred spawned by Adolf Hitler and his followers.

The very beginning of that pivotal year began with the destruction of the nearly finished Goetheanum building in Dornach, Switzerland, delivering a heavy blow to the Anthroposophical Society and to Rudolf Steiner, both spiritually and on a personal level. It was evident that the fire had been caused by arson, and Steiner immediately expressed determination to rebuild and move forward, despite the friction in the Anthroposophical Society and the movement as a whole. Steiner noted, “It will not be viable if things continue as before,” suggesting that the Society needed to be suffused with the “will to wake up...because then it can inspire an awakening of the present civilization as a whole.” He devoted the remainder of 1923—indeed, his life—to that cause.

“You can rest assured that, whatever may happen, I for one will never be induced to stray from my path. As long as I live, I shall continue to represent my cause as I have done so far. I hope that we will not be held back by any disruptions but that we will be able to work together here as we have done before—this will, at least, be my endeavor. Whatever happens it is my belief that we need to rebuild in some form, and everything that needs to be done to achieve this will be done. It is important to continue what we have begun. It is simply an inner obligation.” — Rudolf Steiner, to the workers at the Goetheanum, January 1, 1923

READ AN EXCERPT FROM THIS BOOK