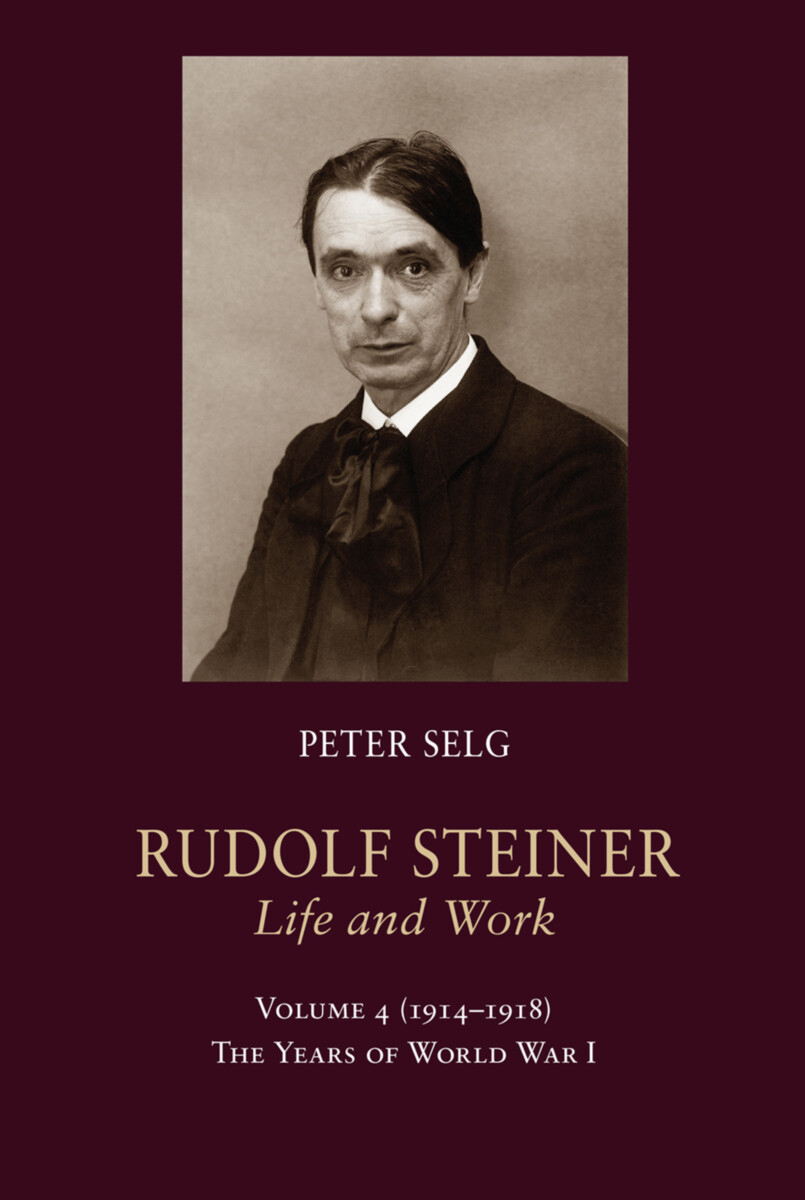 “All we can do is try to gain a clear picture of the situation and really live with that knowledge. We must remember that thoughts are actual, dynamic forces. All we can do now is think matters through clearly. Living with these true thoughts for just two days before being drawn in again by the black magic of journalism will make a difference. And the time might come when we can use this to bring something about or get someone else to do something.” —Rudolf Steiner, Jan. 13, 1917

In volume 4, Peter Selg’s exploration into Rudolf Steiner’s life and work focuses on the period of World War I. Steiner saw that dark time as largely the result of mounting economic tensions between England and Germany, marked by unsustainable materialistic and nationalistic thinking. In his view, the prevalent social concepts resisted evolution toward a form of society that would enable a long-term future peace; he would soon propose his alternative in the form of the “threefold nature of the social organism” to maintain societal health, sovereign and mutually interdependent relations among the three principal domains of social life: the political, economic, and cultural–spiritual realms.

This volume describes a dramatic period during which Rudolf Steiner showed competence and devotion in his attempts to communicate and implement a long-term path to peaceful relations in Europe. His lectures during this time focused heavily on themes of inwardly accompanying those who have died; caring for the wounded; the importance of selflessly experiencing the full tragic reality of world events; and the vital importance of truthfulness in journalism. He regarded the deficiency of truthful reporting to be so dire that he considered founding a news organization in Switzerland.

Steiner’s deep concern for the tragedy that had befallen Europe, for the many lives violently cut short, and for the political exploitation attempted in the aftermath of the war led him to imbue his anthroposophic activity with a fundamentally new gesture, focusing on practical contributions to society in a way never before attempted in the anthroposophical movement.

“The soul passes through the nations: when we look at the higher self the concept of nationality becomes meaningless. Because everything that is an expression of our nationality we will leave behind when we cross the threshold of death. We must therefore be aware as seriously striving human beings that—in our consecutive incarnations—we do not belong to one nationality but to various nationalities and that all that connects us with each of these nationalities is left behind in the moment of death.” — Rudolf Steiner (Oct. 31, 1914)