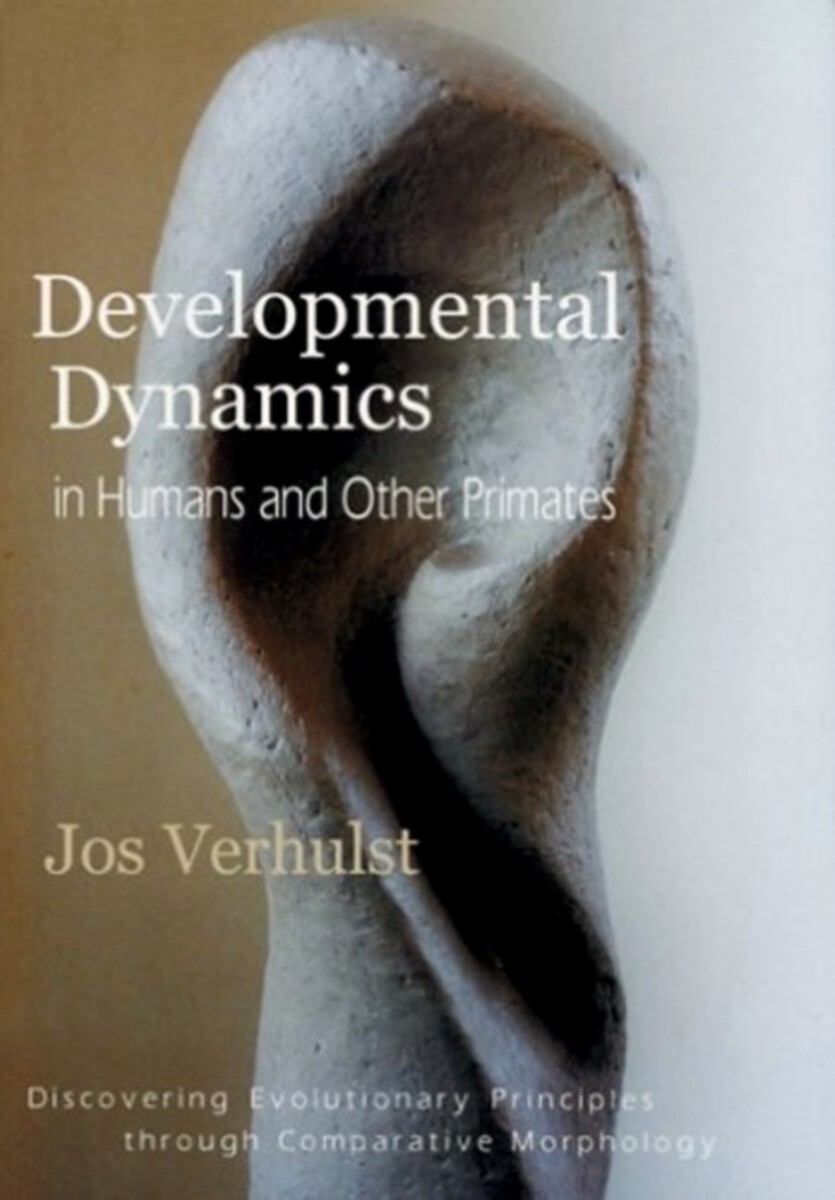 Belgian scientist Jos Verhulst presents the most thorough research to date elaborating an evolutionary theory first set forth by Dutch anatomist Louis Bolk in the early twentieth century. This theory is based on the proposition that dynamic principles inherent in the development of individual organisms are also at work in animal evolution as a whole. A chimpanzee fetus, for example, is strikingly similar to its human counterpart: its cranium is rounded, its face flat, and its hair is restricted to its head. As it develops, however, the chimp diverges from its original, humanlike form, assuming specialized apelike features.

In this detailed comparative study of numerous organs, Verhulst shows that, unlike the other primates, humans retain their original juvenile form. Standing Darwin on his head, he concludes that humans did not descend from apes; rather, apes evolved by diverging from a humanlike prototype. He also shows that our human tendency to retain our fetal form (fetalization, or retardation) is complemented by further development (hypermorphosis) of such organs as the legs, heels, forebrain, and larynx through which we attain our eminently human capacities of upright posture, thinking, and speech.

In the last chapter, Verhulst sketches a broad view of how retardation and hypermorphosis have worked together in animal evolution. He speculates, for example, that vertebrates evolved from invertebrates when ancient sea squirts (a form of tunicate, a marine invertebrate) retained their larval characteristics and developed them further as they evolved into fish. Sea squirt larvae are free-swimming and resemble tadpoles. Their brain includes a light-sensitive eyespot, and they have a rudimentary spinal cord. In their adult stage, however, they are sessile filter-feeders with neither nerve cord nor eyes.

Verhulst postulates that primitive tunicates such as the sea squirt retained their larval characteristics (through retardation) and evolved (through hypermorphosis) into fish, the first vertebrates. Following in a tradition as old as Darwinism, he proposes that, from the very beginning of animal evolution, these dynamics have led progressively toward the emergence of the human form. In this view, the gradually emerging human prototype is seen as the driving force and central trunk of the evolutionary tree, as the wellspring from which the animal world has sprung.

Jos Verhulst (born 29 May 1949, in Londerzeel, Belgium) is a Belgian chemist with a PhD in theoretical chemistry from the University of Leuven in Belgium. He is a writer and direct democracy activist. He was a teacher at the Steiner School in Antwerp and is an associate researcher at the Louis Bolk Institute in Driebergen. His work in the areas of evolutionary theory and comparative anatomy has appeared in such publications as Psychological Reports, Acta Biotheoretica, the British Medical Journal, and the Annals of Human Biology.As a political philosopher, Verhulst writes on direct democracy, alternative money systems, freedom of speech, secession from the European Union, homeschooling, and other subjects. He is also engaged in networks promoting direct democracy, such as the Belgian–Dutch (Flemish) Werkgroep Implementatie Tijdsgeest (WIT), Democratie.Nu, Referendum Platform, and the European Democracy International group.