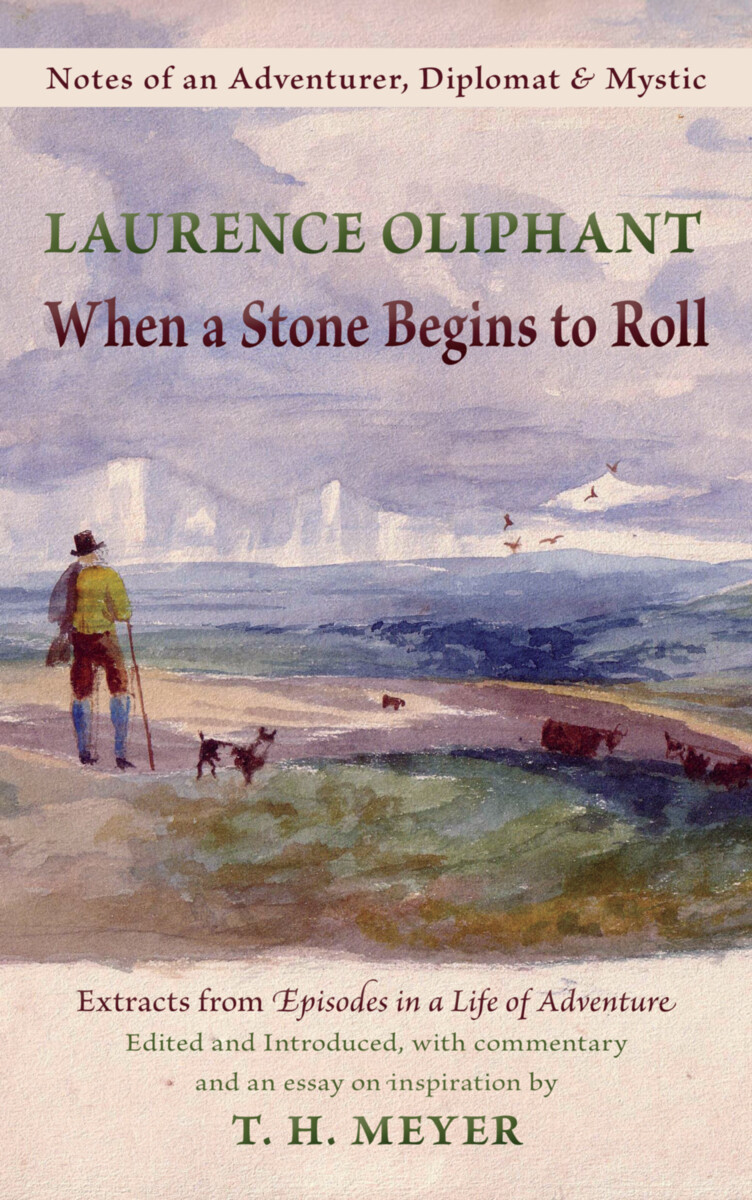 When a Stone Begins to Roll

Notes of an Adventurer, Diplomat & Mystic

Laurence Oliphant is one of the great unknown personalities of the nineteenth century, and indeed of recent cultural history at large. He was born at Cape Town in 1829 and died near London in 1888. He left behind some twenty books, including novels, travel accounts, and mystical spiritual writings. He was diplomat, traveler, adventurer, writer, and mystic.

At the beginning of the 1860s, the period of Oliphant’s great spiritual transition began when he met the Swedenborgian Thomas Lake Harris. It was Oliphant's last works, Sympneumata and Scientific Religion, that prompted Rudolf Steiner to pursue karmic research on Oliphant. As a result, Steiner revealed the karmic relationship between the lives of Oliphant and the Roman poet Ovid. In an August 24, 1924, lecture in London, Steiner commented that Oliphant’s individuality is significant not only because of the previous Ovid incarnation, but also because of its activity in the interval between the two incarnations. Looked at in the light of spiritual research on the subject, Oliphant’s life assumes dimensions of world-historical interest.

When a Stone Begins to Roll contains extensive selections from Oliphants autobiographical book, Episodes in a Life of Adventure; or, Moss from a Rolling Stone  (1887). In addition to the insightful commentary of T.H. Meyer, the book also offers a generous sampling of Oliphant’s complex and compelling work, as well as hitherto unpublished material and the satire “The Sisters of Tibet.”

1. A Stone Is Beginning to Roll
2. The Ascent of Adam’s Peak in Sri Lanka
3. Educational Trips to Italy and Greece in the Year 1848
4. Surprises at the Tomb of Socrates
5. Twenty-three Murder Cases and the Mania for Authorship
6. Facing the Himalayas
7. Seven Paintings and Sketches by Laurence Oliphant
8. Covert Operations with Garibaldi
9. The Attack on the British Legation in Japan in 1861
10. Festive Reception at Ovid’s Birthplace
11. Politics and Spirituality: The Spiritual Transition in the Life of Laurence Oliphant
12. “He that Does the Will...”
13. A Celestial Utopia: An Interview with Oliphant (1869)
14. The Sisters of Tibet—A Spiritual Satire
15. Attacking the Earth Malady at Its Root

Laurence Oliphant (1829–1888) was a Scotch writer and traveler, Christian mystic, and active supporter of the return of the Jews to Israel. He traveled widely and, from 1865 to 1867, was a member of parliament. During the Russo-Turkish War (1878) he began to take an interest in the Holy Land and Jewish settlement there, in a blending of political, economical, and mystical religious considerations. Oliphant eventually settled in Haifa, where he engaged in religious and mystic contemplation. His writings include Land of Gilead (1880) and Haifa, or Life in Modern Palestine (1887).

Book of the Heart
The Poetics, Letters and Life of John Keats