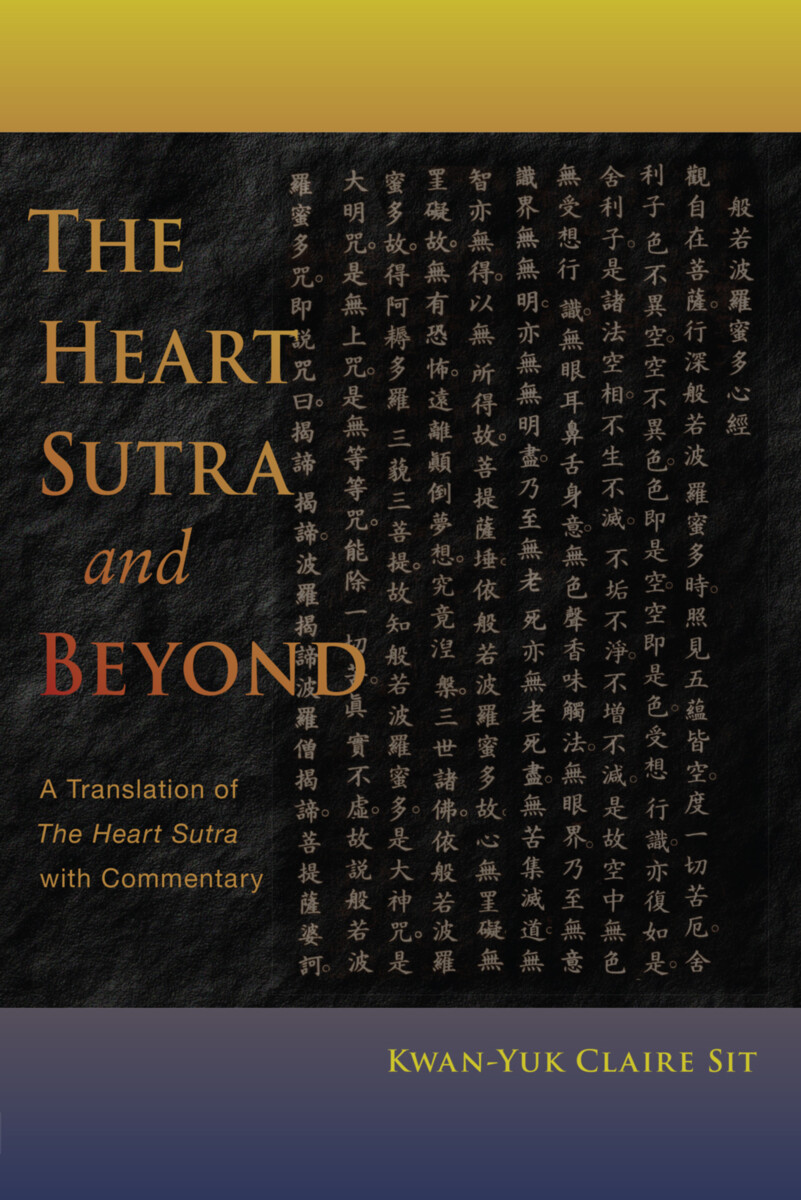 The Heart Sutra and Beyond

A Translation of The Heart Sutra with Commentary

“Buddhist teachings maintain that there is no creator. Instead, they introduce the theory of dependent origination (yuán-qǐ, 緣起) to explain that things and events arise owing to their inter-depending causations. However, this theory is inadequate because it does not clarify why there are inter-depending causations to begin with. My inquisitive mind drove me to delve into other schools of knowledge for more satisfactory explanations. It was gratifying that I came across Anthroposophy, which explores issues not addressed in Buddhism.” — Kwan-yuk Claire Sit

The Heart Sutra and Beyond includes The Heart Sutra in Chinese by Xuánzàng and a refreshing translation into English by Dr. Kwan-yuk Claire Sit. The main theme and purpose of the book is to show how one may practice the perfection of wisdom.

Dr. Sit analyzes The Heart Sutra with metaphors, stories, illustrations, Buddhist scriptures, relevant Taoist texts, and anthroposophic teachings. She delves into Anthroposophy to explore the mystical connection between form and emptiness; between Buddhism and esoteric Christianity; between Buddha Gautama and the young Jesus; and between the future Buddha Maitreya and Jesus Christ. She applies her deep understanding of the two Chinese names for Avalokitesvara (Guan-zì-zài) and Sariputra (Shè-lì-zi) to reveal the essence of the sutra. Finally, she notes that anyone can gain great blessing by meditating on a short mantra presented in the sutra.

Her commentary on this timeless text brings profound insights to those who are new to The Heart Sutra, as well as to those who may have studied and practiced Buddhism for many years.

The Heart Sutra
In Chinese
In English

Chapter 4.
The Bodhisattva Path
Buddhas in the Three Times
Buddhism and Anthroposophy

Appendix: A Brief Introduction to Anthroposophy

Kwan-Yuk Claire Sit grew up in Hong Kong and moved to the U.S. to attend graduate school. She holds a Ph.D. in pure mathematics from the City University of New York and is Professor Emerita at La Guardia Community College. She is deeply interested in Eastern philosophy and Anthroposophy, and her hobbies include knitting, Chinese calligraphy, and Tang and Sung poems.

The Eightfold Path
A Way of Development for Those Working in Education, Therapy and the Caring Professions

The Great Religions
Pathways to Our Innermost Being