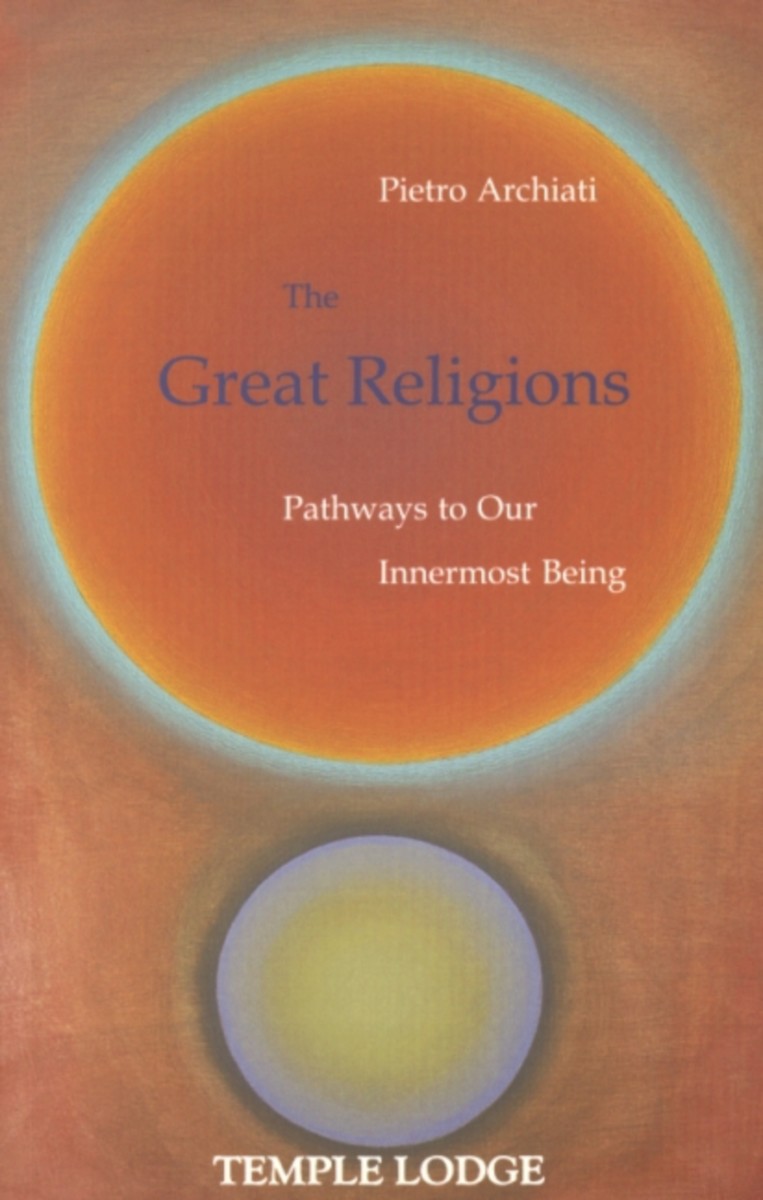 Taking a radical departure from the usual comparative study of religion, Pietro Archiati shows that the various religions represent stages in each individual's path of development. In this sense the Great Religions create an absolute unity—not in what they say or teach, but in their contribution to each of us becoming ever more human.

Beginning with the Flood of Atlantis, Archiati places the religions in the context of human evolution, taking us through the development of Buddhism, Zarathustrianism, Judaism, Christianity, Islam, and onwards to the future of religion based on spiritual reality. For example, Archiati considers how the founders of the various religions are working today. Are the Buddha, Krishna, Moses and Zarathustra doing and telling us the same things now as they were in the past, even though humanity has undergone considerable changes since?

1. Religion or Religions?
2. Eastern Religions before Christ
3. The Zarathustra Stream and the Buddha Stream
4. The Mission of Judaism
5. The Turning Point of Time—Then and Always
6. The Riddle of Islam and the Christianity of the Past
7. The Future of Religion by Virtue of Spiritual Knowing

Pietro Archiati (1944–2022) studied Theology and Philosophy in Rome and Munich. He worked in Laos as a teacher during the Vietnam War, and later as a missionary in New York. In 1977, while a hermit on Lake Como (Italy) he discovered anthroposophy, which became his lifelong passion. He later worked as a lecturer in a priest seminary in South Africa. After leaving the Church in 1987, he became a freelance speaker and writer. From 2004 until his death, together with Monika Grimm, he led the publishing company Rudolf Steiner Ausgaben (Rudolf Steiner Editions). His many prefaces and epilogues to the Steiner volumes he published are an attempt to build a bridge between anthroposophy and contemporary life.

Beyond Religion
The Cultural Evolution of the Sense of the Sacred: From Shamanism to Religion to Post-religious Spirituality

The East in the Light of the West
Parts 1–3