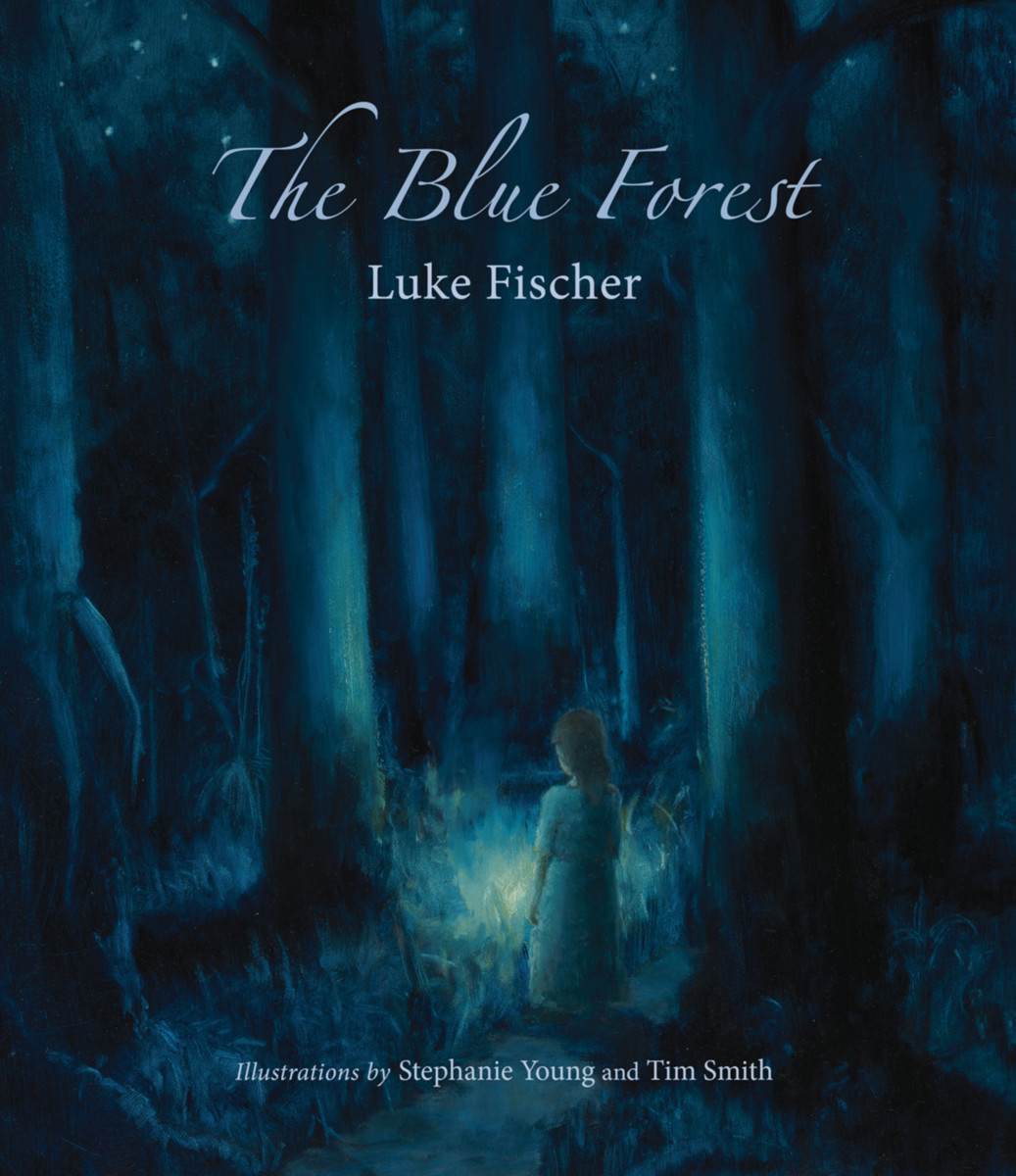 These tales are from a wondrous forest
Where trees are blue and flowers sing,
A small girl finds a glowing chest
Enclosing jewels, pearls, a ring.

A boy who sleeps high in a tree
Is woken by a blue bird’s song,
And a red bird’s melody
Inspires dreams the whole night long.

The Blue Forest is a collection of seven highly imaginative bedtime stories—a story for each night of the week, each featuring one of seven colors. The stories are set in a magical blue forest and tell of mysterious nighttime events and relationships involving humans, animals, and nature.

In the first story, a small girl, wearing a dress as white as the stars and embroidered with fine golden thread, walks a path through the forest of blue trees. While making her way through the silent woods, she discovers a casket of jewels from which she selects a silver ring. As she places it on her finger it twinkles in unison with a star, which just at that moment peers through the foliage of a nearby tree. In the last story an old woman tends a garden where the flowers unfold at nightfall to greet the stars. While the old woman sings and plants blue seedlings, a pink butterfly alights on her head. When she turns back to the garden path to her house, the pink butterfly flutters off into the dark woods, arriving at a simple hut where a girl in a white dress with golden embroidery sleeps. The seventh story thus joins the tales into a circle.

Other characters in The Blue Forest include a red bird, whose mellifluous song inspires dreams; a boy who is led by a blue bird to a murky pond, where an enormous golden flower blossoms before his eyes; an astrologer who paints stars from his purple tower; a fish family that transports raindrop jewels to a secret subterranean sea cave; and a mother and baby possum who chance on a mysterious emerald-green sanctuary while seeking refuge from a sudden storm.

The tales of The Blue Forest have an innovative and artistic character that presents bedtime stories in a new way. They were conceived and composed as bedtime stories in the most emphatic sense—their vivid painterly depictions, enigmatic occurrences, and archetypal imagery make the tales resemble the non-discursive and ethereal dreamscape of sleep. These stories enliven the imagination in a way that leads both the reader and listener seamlessly from the clear outlines of the daytime world into the elusive realm of dreams.

The luminous, magical illustrations by Stephanie Young and Tim Smith beautifully serve the soothing and magical qualities of the stories.

Scoochie Mouse and the Miracle of Life

Stories to Light the Night
A Grief and Loss Collection for Children, Families, and Communities
OR