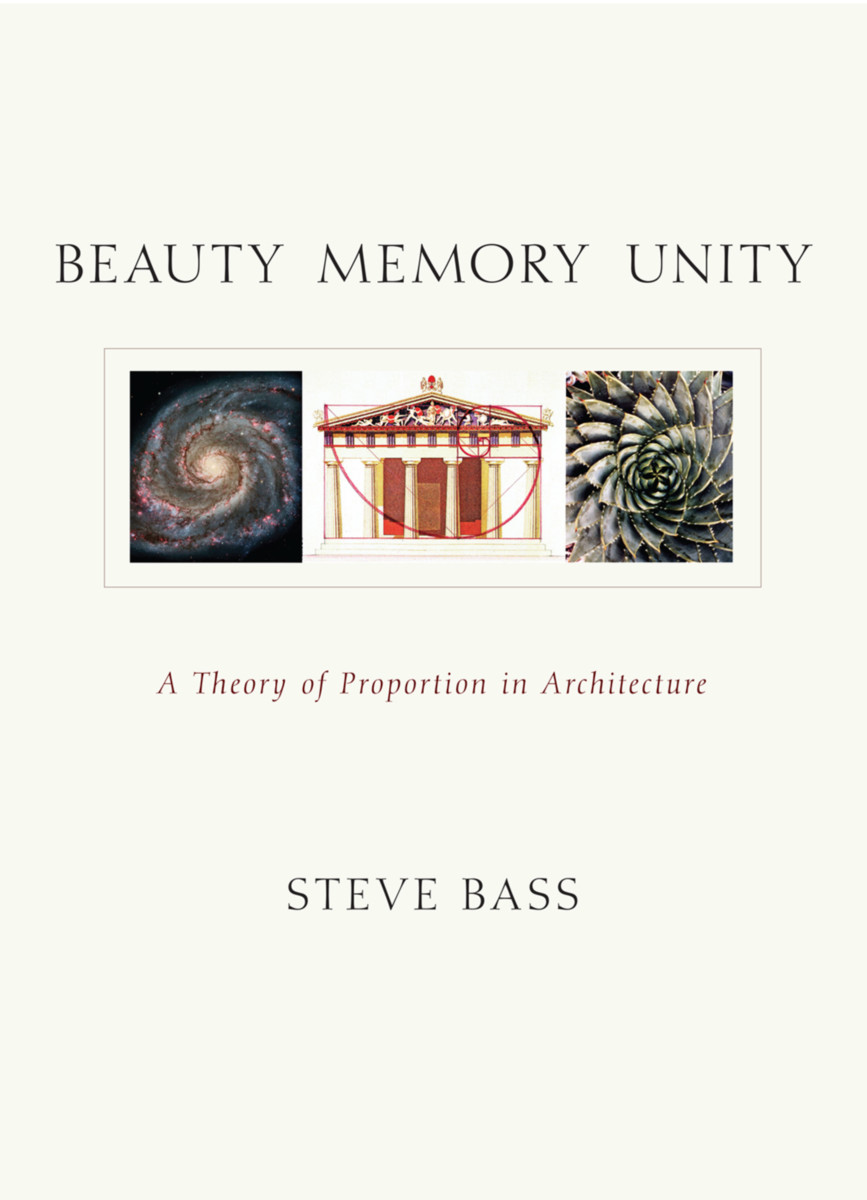 Ancient architects and artists had a way of striking resonant chords in those who viewed of their work. However, this skill seems to have disappeared. Beauty Memory Unity points toward a possibility of regaining a new sense of unity in the visual arts through a combination of theoretical ideas and practical methods, of narrative description and visual exercises.

Proportion—the use of number and geometry as the tools of design—is seen in the context of the search for the Beautiful, a state the soul achieves when one recognizes the phenomenon of unity. From the theoretical symbolic mathematics of the Pythagoreans, Platonists, and Neo-Platonists, Steve Bass proposes an aesthetic theory—a way of approaching beauty—rooted in the idea of psyche, expressed through the ancient arts and sciences of arithmetic, geometry, music, and astronomy.

“All those possessing even a small share of good sense always call upon the Divinity at the outset of any undertaking, small or great; therefore we, who are proposing to present a discourse concerning the universe, must invoke the Gods and Goddesses, praying that all we say may be approved by them in the first place, and second by us. Grant then that we have duly invoked the Deities; we must also invoke ourselves so that you may most easily learn, and I may most clearly expound on the subjects before us.

“Thus Socrates, if in our treatment of a great host of matters regarding the Gods and the generation of the Universe we prove unable to give accounts that are always in all respects self-consistent and perfectly exact, do not be surprised; rather we should be content if we can furnish accounts that are inferior to none in likelihood, remembering that both I who speak and you who judge are but human creatures, so that it becomes us to accept the likely account of these matters and forebear to search beyond it.” —Plato (Timaeus 27)

Steve Bass was born in 1947 in Brooklyn, New York. He graduated from Brooklyn Technical High School in 1965 and holds a Bachelor of Architecture degree from Pratt Institute, 1970. He received a Master of Arts from the Royal College of Art, London, 1991, where he studied under the direction of Dr. Keith Crichlow and participated in the initial Prince of Wales’ Summer Course in Architecture in 1990. In 1974 he began his architectural practice, which has consisted of a variety of modestly scaled commercial and residential projects, mostly in the New York City area. Since 1992, Steve Bass has taught a variety of classical subjects, focusing on theoretical and practical aspects of proportion at the Institute of Classical Architecture and Art in New York City. From 2006 to 2008, he was Visiting Professor of Architecture at Notre Dame University. Mr. Bass is currently a Fellow of the ICAA, where he continues to teach. He has written for the ICAA journal, The Classicist; for Traditional Building magazine; and for American Arts Quarterly.