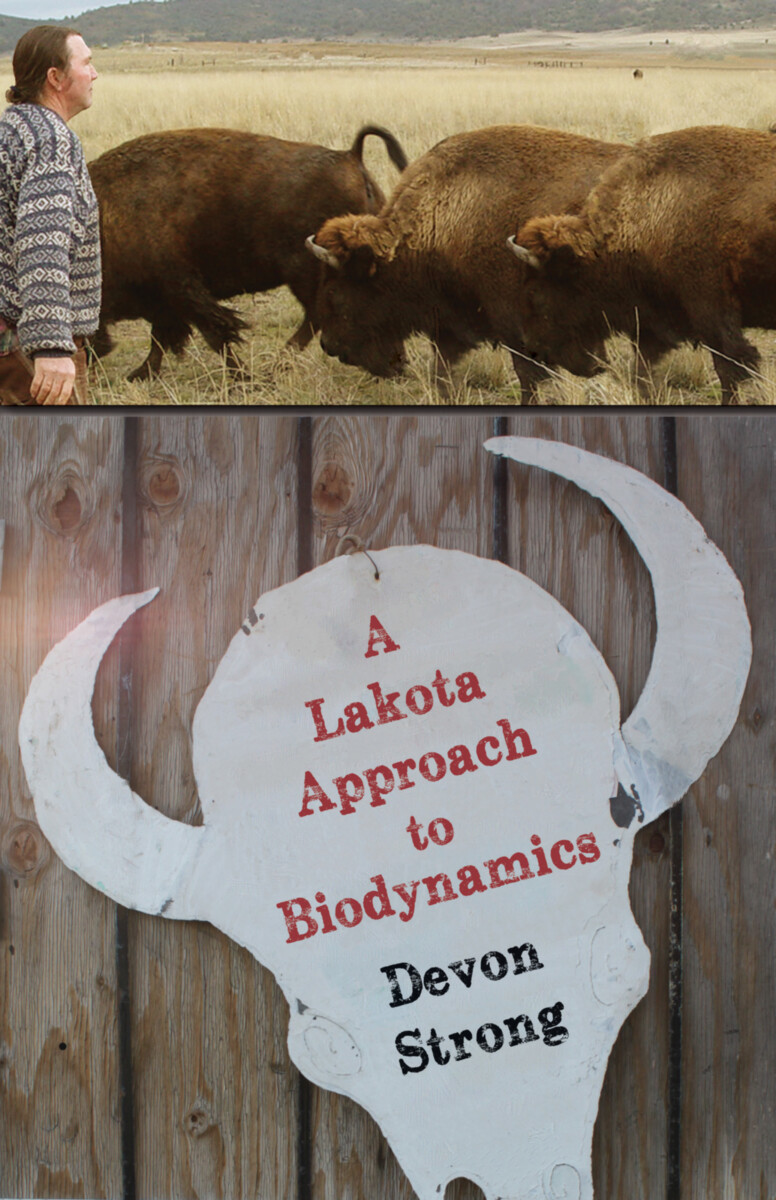 A Lakota Approach to Biodynamics

Devon Strong was a farmer and bison rancher in the Western United States whose utterly unique approach to biodynamic agriculture and animal husbandry, stemming as it did from his profound connection with the spirituality of the (Native North American) Lakota people, was just beginning to draw worldwide interest at the time of his early and unexpected death in late 2015.

A Lakota Approach to Biodynamics includes Devon's unfinished manuscript Taking Life Seriously, all of his published articles, as well as reports and remembrances from both his own family and leading figures of the international biodynamic movement. This book is both Devon’s final word on the legacy of his singular way of relating to land and animals, and a loving tribute to his vision, inspiration, and intentions for the future of agriculture.


Devon Strong ran Four Eagles Farm, a member supported organic farm located outside of Yreka, California. He was a biodynamic farmer for twenty-one years, and a bison rancher for seventeen. He was a member of the Oregon Biodynamic Group. In addition to his farm work, he traveled all over the West, shoeing horses and shearing sheep. He was raised on cattle ranches in Nevada and pursued traditional Lakota studies for thirty years; he was eventually formally adopted by a Lakota family. He ran sweat lodges and served as a ceremonial leader in many different settings in his local community. Near the end of his life, his innovative merging of Lakota buffalo ceremony with biodynamic practices led to his being twice invited to lead workshops and presentations at the International Biodynamic Agriculture Conference, held at the world center of Rudolf Steiner’s thought, the Goetheanum, in Dornach, Switzerland.