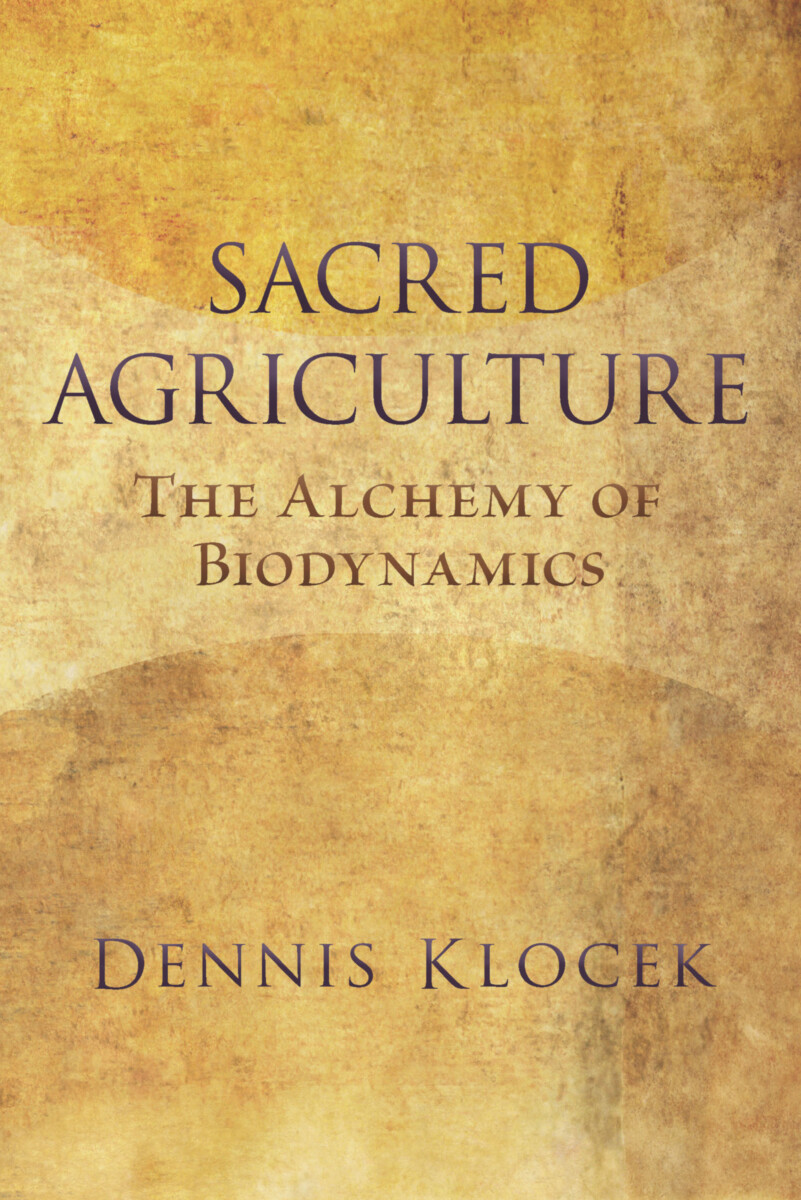 The Alchemy of Biodynamics

Dennis Klocek explores the essence of biodynamic agriculture, in particular the nature of inner development needed to utilize such methods effectively. He tells us that biodynamics requires constant self-development and an intimate knowledge of and relationship with the plants, animals, weather, earth, the preparations and much more.

Based on numerous lectures presented to serious biodynamic gardeners, farmers, and winemakers, the author presents his views within a structure of Goethean observation, alchemical language, and the classic four elements, all based on the work of Rudolf Steiner and other pioneers in this field, as well as his own many years of interest in biodynamic methods, both conceptual and practical.

This is not a book of recipes and how-to techniques, but a guidebook to the inner means of working with the elemental nature of the earth, showing ways to read in nature what is needed.

"From an esoteric point of view and from Steiner’s point of view, the evolution of the Earth depends on the evolution of human consciousness. They are not separate. The ancient peoples understood that. They understood that human consciousness is woven in with the destiny and life of the Earth as a spiritual being. As a result they lived in a sacred manner. Their daily round was the stuff of a priesthood. They understood the relationship between the human and the divine by seeing the Earth as the mother and the sky as the father of humanity.

"It was just a given for them that nature was permeated by spiritual entities. However, that worldview had to evolve to the spot where we are today. Today the vast majority of people feel totally divorced from a real connection to the spiritual being of the Earth. The Earth primarily is a resource to be used. If you go tell your mother she is just a resource to be used, you have a lot of problems. My thesis is that the evolution of consciousness requires us to understand that our state of consciousness has an impact on the evolution of the Earth as a spiritual being." — Dennis Klocek

A Historical Survey of Agricultural Focus, from Prehistory to Contemporary Times

3. MACRO AND MICRO IN BIODYNAMICS

Body, Soul, and Spirit in Nature and in Human Beings • Acid and Base Polarity • Soil Formation and Granite • Clay Singing Ritual • the Solar Calendar

6. SILICA: THE GENIE IN THE BOTTLE

Gifts of the Honeybees
Their Connection to Cosmos, Earth, and Humankind