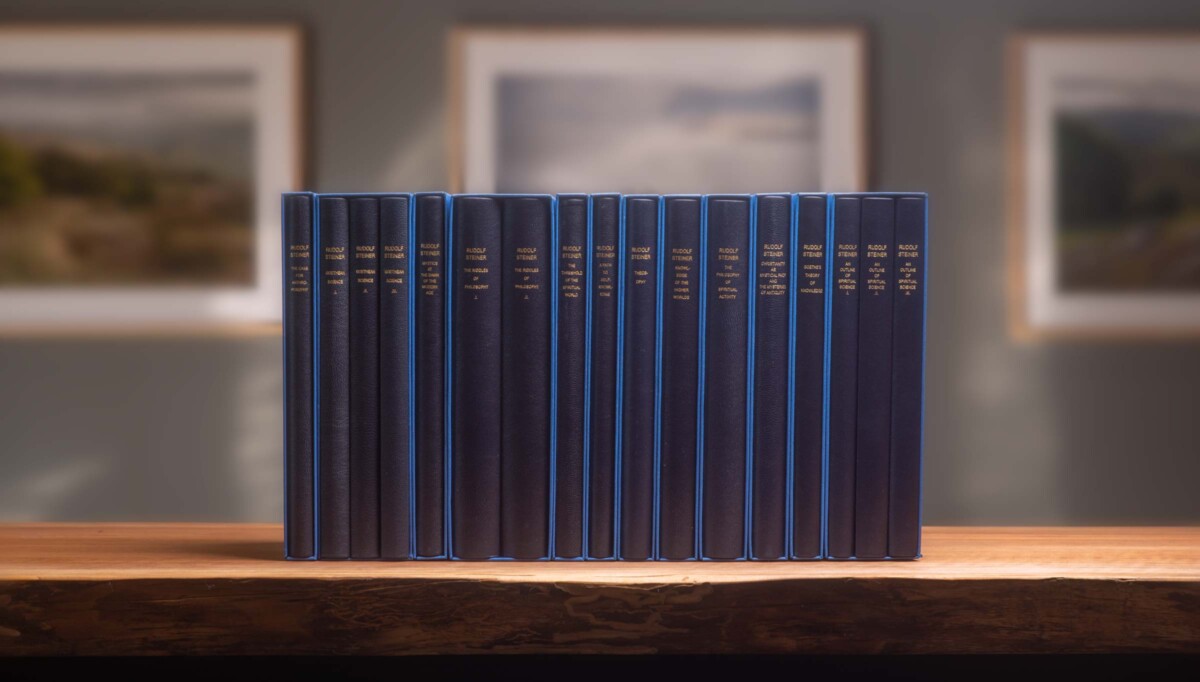 New and revised English translations of the written works of Rudolf Steiner, elegantly designed and handcrafted in Verona, Italy. The volumes are destined to become family keepsakes, worthy of being passed from generation to generation.

The limited, 12-volume, 17-book set with a leather-spine binding, cloth sides, and a light slipcase includes: