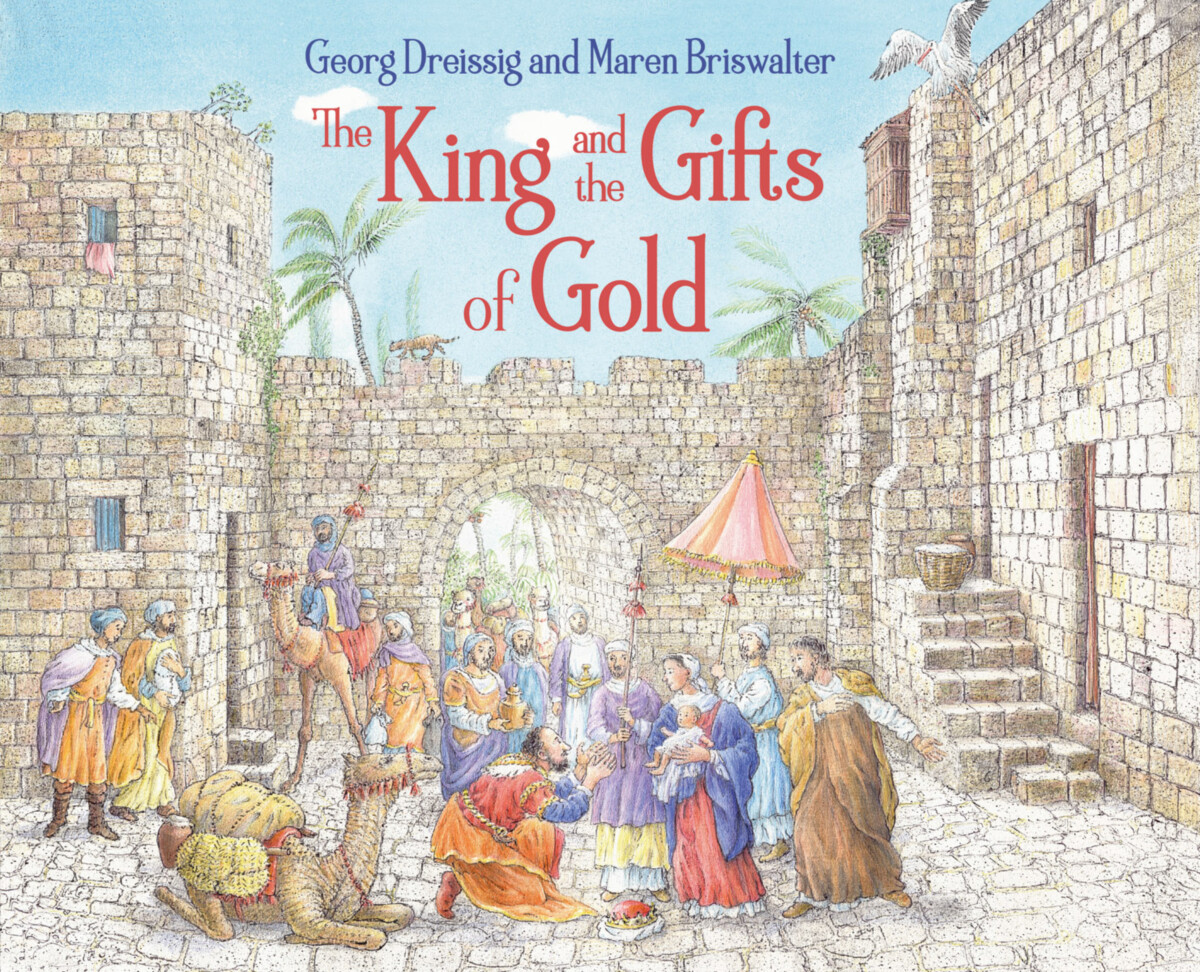 The King and the Gifts of Gold

There was once a powerful king so rich that he was known as the King of Gold. The king took his riches for granted, until one day a wondrous star appeared and he was inspired to follow it into the desert. In the small town of Bethlehem, the king bowed to the baby Jesus, the greatest king of all, and offered to him a gift of gold.

The king was forever changed by his encounter with the Christ child and vowed to give away all his gold to the poor. But not everyone was happy. Determined to keep the riches for themselves, the king’s servants abandon him in the desert. The king becomes a poor storyteller, wandering through towns and villages and dedicating his life to sharing the story of the child king Jesus.

But when he finally arrives back in his own kingdom, what will he find?

This is the inspiring story of Melchior, one of the three kings who took gifts to the baby Jesus. Written for children and illustrated with Maren Briswalter’s gentle, detailed drawings of the Holy Land, it shows how true wealth comes not from what we own, but from how we serve God and share what we have.