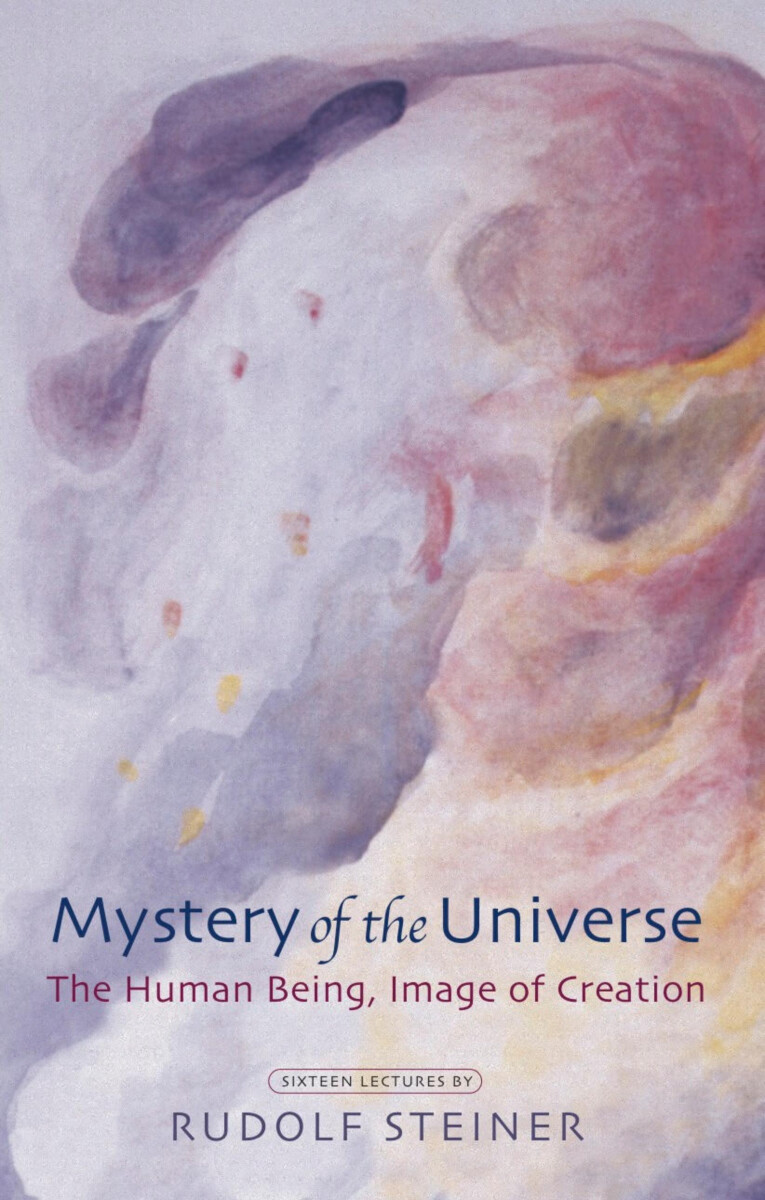 Mystery of the Universe

What is the ultimate secret of the universe? In these eloquent lectures, Steiner describes the human being as the model of creation and the primary focus of the cosmos. He talks extensively of our intimate connection with the constellation of cosmic forces, the zodiac, and the planets.

The ancient Mystery traditions called individuals to "know thyself!" Rudolf Steiner tells us that this maxim does not ask us to subjectively study our own personal character but to understand our true, archetypal human nature and our decisive place in the universe. As human beings, we will progress and evolve in a real sense only by understanding our human nature and the surrounding spiritual forces - as microcosms within the greater macrocosm.

This book contributes significantly to the development of the contemporary spiritual science of the human being.

2. April 10: Polarity between head and the rest of the body. Metamorphosis and reincarnation. Abstraction and Imagination.

3. April 11: The three cosmic planes and the zodiac. Nature and freedom. Yearly rhythm and seven-year periods. The second dentition. Heart and blood circulation.

4. April 16: Three worlds: the world of the senses, of respiration, and of metabolism. The Platonic year. Nutation periods and their reflection in the life of soul. Antithesis of cosmic ether and earthly matter. Sun and moon. Christ and Jehovah.

7. April 23: Goethe and his theory of colors. Aftereffects and memory. Metamorphosis and reincarnation. Day, week, year. Second dentition. The principle of “inside out reversal.”

9. April 25: Waking life and sleep. “Upper” and “lower” in man and in the cosmos. Hands and feet. Materialism and knowledge of the spirit. The Mystery of Golgotha.

10. May 1: Ideation (or thought) and will. The nervous system. Digestion. Copernicus. Jehovah and Lucifer. Sleeping and waking.

11. May 2: Day and year. Summer and winter. Rotations of the planets. The path of the planetary system. Dimensions and cosmic space.

12. May 8: Science and belief. Paganism and Christianity. Rotations of the moon. Human memory. Solar astronomy and lunar astronomy.

13. May 9: Man and the elements of earth and water. Egyptian astronomy. The Sun mystery. Materialism and Christianity. Darwinism. The cosmic significance of the Christ.

16. May 16: Oriental and Western conceptions of the universe. The nature of heat. Pure thought. Polarity of Grail knighthood and Parsifal. Annihilation of matter and liberation of the spirit. The Christ impulse and the cosmic future of mankind.

Our Connection with the Elemental World
Kalevala – Olaf Åsteson – the Russian People: The World as the Result of Balancing Influences (CW 158)
OR