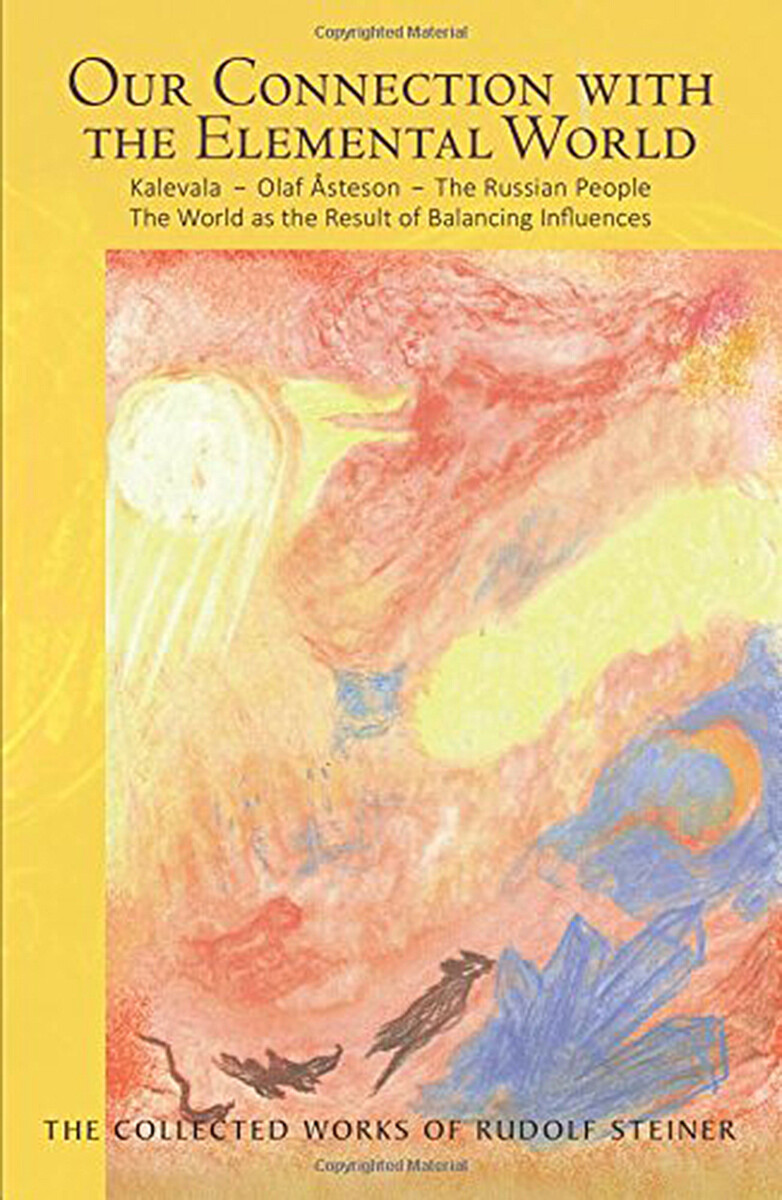 Our Connection with the Elemental World

Kalevala – Olaf Åsteson – the Russian People: The World as the Result of Balancing Influences (CW 158)

The heart of this volume comprises Rudolf Steiner’s commentary on the elemental forces responsible for our earthly nature as human beings—forces that influence us through our membership of a national or geographical group. When such elemental forces are not recognized and understood, he states, they cause conflict and chaos. However, Steiner indicates an important accompanying task that calls on all of us to develop individuality, emancipating ourselves from the earthly influences underlying national and racial groups.

These great themes are framed by Rudolf Steiner’s pioneering research into the two major Northern folk poems—Kalevala and The Dream Song of Olaf Åsteson. The former tells of the elemental spirits who created the conditions for our earthly incarnation, whereas the Dream Song has to do with the drama of excarnation—the journey of the human soul after death. Linking these vast motifs is Steiner’s unique description of the mission and tasks of the Russian people and the contrast of their destiny to the North American people (who, he says, are "dominating the Earth for a brief period of increasing splendor").

Steiner explains how elemental beings, responsible for the balance of land and sea, have created conditions whereby various peoples are enabled to develop their gifts and fulfill their destinies. Thus, he speaks of Finland as the ancient conscience of Europe, Russia as the future bearer of the Christ-imbued Spirit Self, and the differing but complementary environments of Germany and Britain. Strikingly, he states, "No souls on Earth love one another more than those living in Central Europe and those living in the British Isles."

Steiner also speaks of the necessary work of the luciferic and ahrimanic beings that collaborate to enable the solid spatial forms of our physical bodies. Likewise, they influence our etheric and astral bodies, facilitating thinking, feeling, and volition to be imbued with life and consciousness.