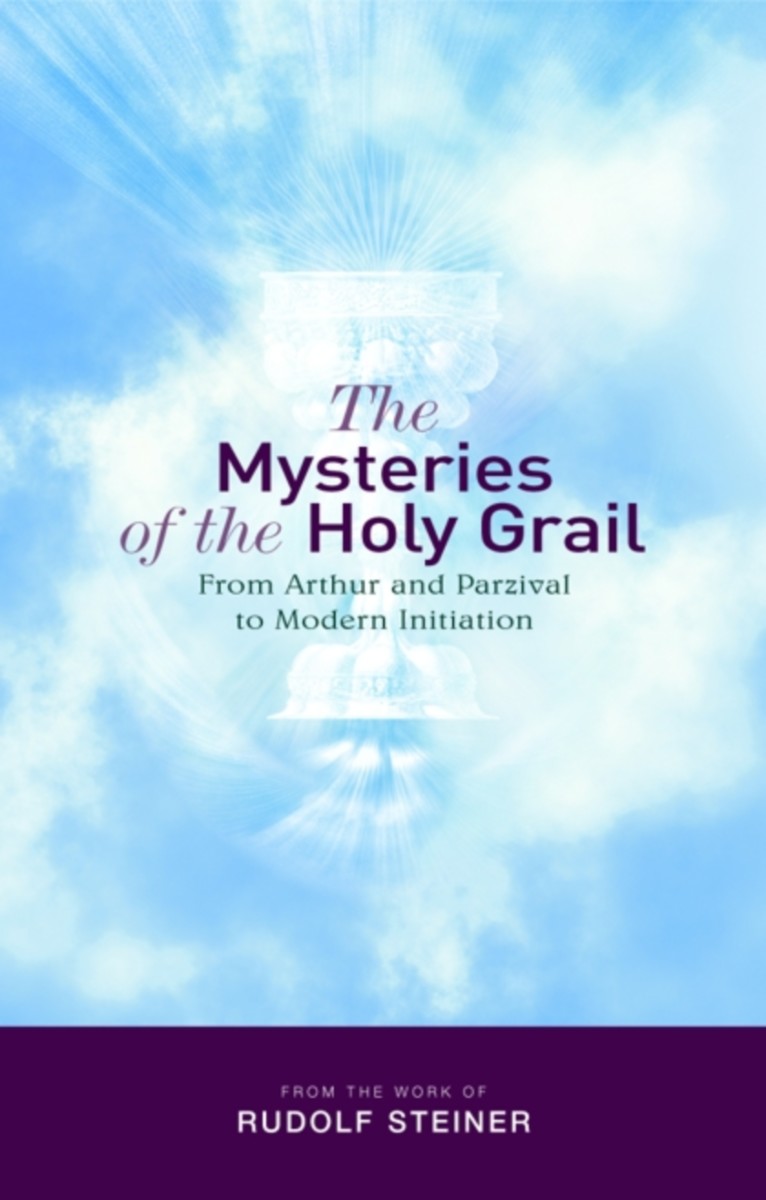 The Mysteries of the Holy Grail

From Arthur and Parzival to Modern Initiation

From the ancient British tales of King Arthur and his knights through the medieval Central European sagas of Parzival, and right up to today's blockbuster novels and films, the Grail has maintained an enigmatic presence in Western culture. It is thought to be many things: a lost and priceless treasure, the chalice cup of the Last Supper, the cup that caught Jesus Christ's blood from the cross on Golgotha, and even a secret royal bloodline.

Basing his presentations on far-reaching spiritual research, Rudolf Steiner gave profoundly esoteric, multifaceted insights into the mysteries of the Holy Grail. Collected for the first time in a single volume together with commentary and notes, these passages offer vivid tableaux with a multiplicity of meanings: a story that speaks to the human soul with a depth and complexity that intellectual interpretations alone cannot begin to fathom.

Just as Parzival had to encounter and engage with veils of illusion and valleys of shadow and doubt, Steiner presents us with a similarly challenging path. This book is more than a treasure of thought and insight; it invites the reader to embark on a personal quest toward developing the capacity and vision needed to grasp the elusive Grail itself. As editor Matthew Barton writes: "The vessel of the Grail gradually descends toward us and comes into focus as we raise ourselves individually to it by piercing through the illusions of materialism, acknowledging that we ourselves can ultimately become true vessels for the spirit."

I: THE GOSPEL OF JOHN AND THE VIRGIN SOPHIA

1. Christian Catharsis: The Purified Soul
2. The Birth of Higher Perception

3. From Arthur to Parzival
4. The Gail as Human Potential
5. Seeking for Signs of Parzival
6. The Soul’s Bright Vessel

III: THE QUEST AND THE QUESTION: PIERCING THROUGH MATERIALISM

7. The Questioning Stance of Soul
8. The Lapse into Matter
9. Piercing the Thicket

V: THE WAR-TORN SOUL AND THE QUEST FOR INTEGRATION

15. Acknowledging Amfortas
16. The Word in Chains
17. Balancing the Soul

VI: THE GRAIL IN THE HUMAN ORGANISM: SPIRIT INFUSING MATTER

18. From Dullness to Inner Joy
19. The Fire of Compassion
20. Raising Earthly Substance
21. Raying In and Raying Out from Within
22. The Grail and the Brain
23. Receiving the Light

VII: INITIATION TODAY: THE TRIALS AND THE QUEST

24. Seeing Heaven in a Wild Flower
25. The Past and Future of the Pineal Gland
26. The Riven Path
27. The Parzival Saga as Modern Initiation
28. Humanity Resurrected

Parzival
The Quest for the Holy Grail