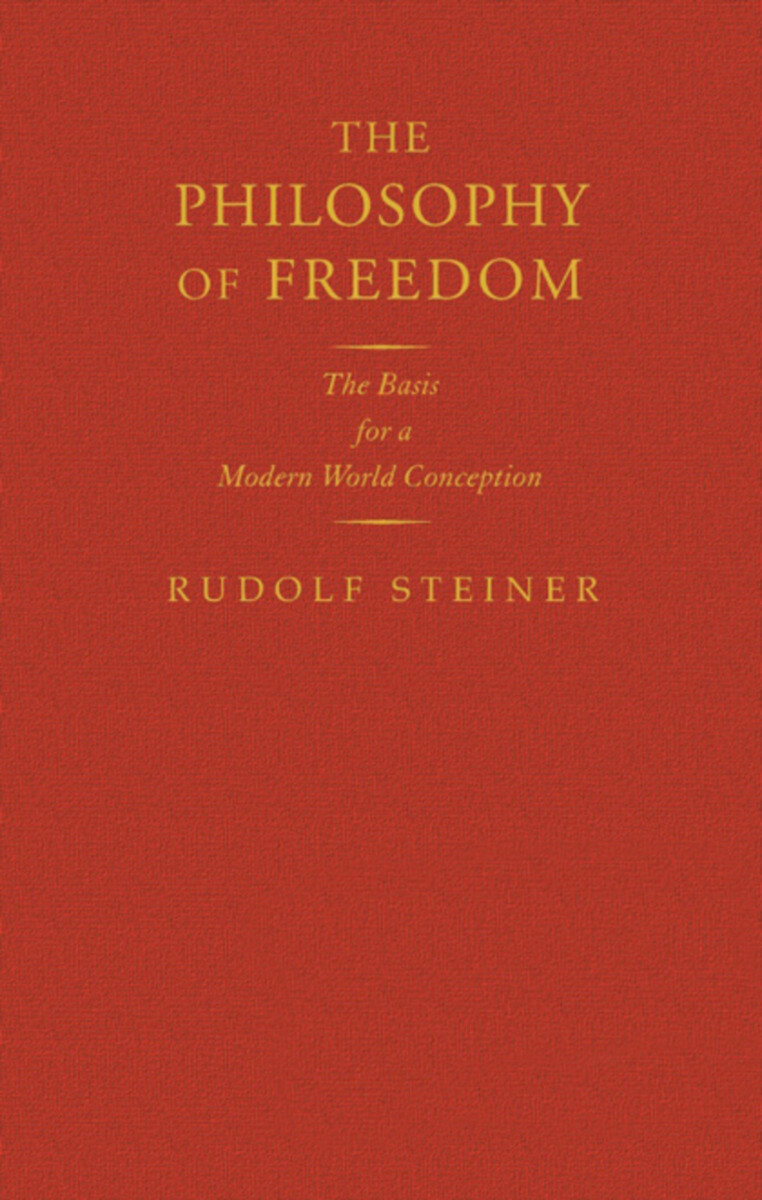 Are we free, whether we know it or not? Is any notion of individual freedom merely an illusion?

Steiner tackles these age-old questions in a new and unique way. He shows that, by considering our own activity of thinking, we can realize the reasons for everything we do. And if these reasons are taken from the realm of our ideals, our actions are free, because only we determine them.

The question of freedom cannot be settled by philosophical argument. Nor is it simply granted to us. If we want to be free, we must work through our own inner activity to overcome unconscious urges and habitual thinking. To accomplish this, we must reach a point of view that recognizes no limits to knowledge, sees through all illusions, and opens the door to an experience of the reality of the spiritual world. Then we can achieve the highest level of evolution—we will recognize ourselves as free spirits.

Rudolf Steiner Press published this series of re-edited, re-typeset, and re-designed editions of the classic, authorized translations of Rudolf Steiner's foundational books, printed in a limited edition of 1,000 copies and sewn-bound in high-quality cloth, finished with colored end papers and a bookmark ribbon.

This volume is a translation of Die Philosophie der Freiheit (GA 4) from German by Michael Wilson.

1. Conscious Human Action
2. The Fundamental Desire for Knowledge
3. Thinking in the Service of Knowledge
4. The World of Percept
5. The Act of Knowing
6. Human Individuality
7. Are there Limits to Knowledge?

The Reality of Freedom

8. The Factors of Life
9. The Idea of Freedom
10. Philosophy of Freedom and Monism
11. World Purpose and Life Purpose (The Ordering of Mankind’s Destiny)
12. Moral Imagination (Darwinism and Morality)
13. The Value of Life (Optimism and Pessimism)
14. Individuality and Genius

The Consequences of Monism