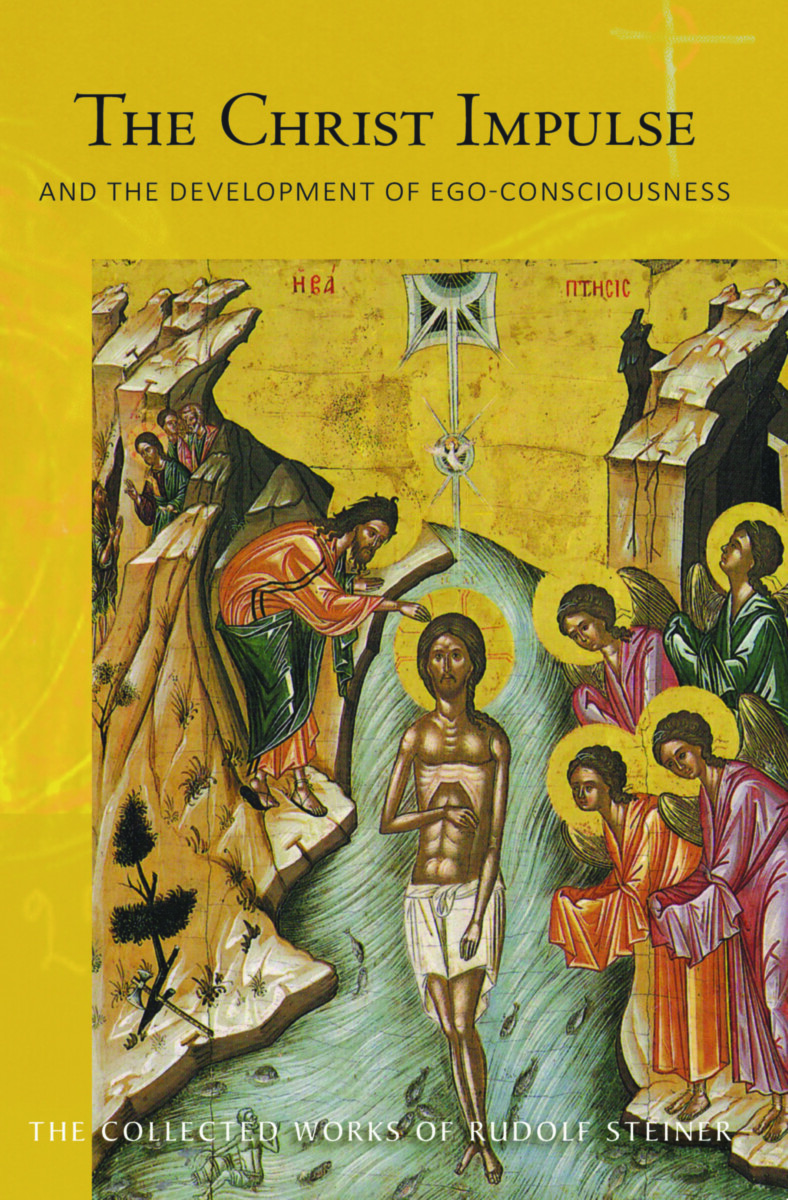 And the Development of Ego-Consciousness (CW 116)

“Christ will reappear but in a higher reality than the physical one—in a reality tht we will see only if we have first acquired a sense and understanding of spiritual life. Inscribe in your hearts what Anthroposophy should be—preparation for the great epoch of humanity that lies ahead of us.” —Rudolf Steiner

Rudolf Steiner’s teachings of Christ—and in particular what he calls the “Christ impulse”—are unique. Christ, he says, is an objective universal force that exists independently of Christian churches and creeds, working for all humanity. The impulse that Christ brought to Earth acts to advance all people, irrespective of religion, creed, or race.

Speaking in Berlin while still a representative of the largely Eastern-oriented Theosophical Society, Steiner presents multifaceted perspectives on the Christ impulse based on his independent spiritual research—from the vast cycles of time that preceded Christ’s incarnation and the preparation for his coming to the actual physical embodiment of Christ about two thousand years ago in Palestine as Jesus of Nazareth. Steiner also describes how Christ will influence the future development of the Earth and humanity.

In his opening lecture, Steiner discusses the nature of the bodhisattvas and their role in relation to Christ and human evolution. Bodhisattvas are the great teachers of humanity, incarnating in human form during their passage through the various cycles of cultural development. They are intimately involved in preparing the work of the Christ impulse.

In other lectures Steiner addresses subjects as diverse as the Sermon on the Mount in relation to the development of conscience and the current duality of male and female (microcosm) and its correspondence in the cosmos (macrocosm). This microcosmic–macrocosmic phenomenon is related to initiation in the Germanic and Egyptian mysteries, which reach a higher unity in Christian initiation.

Among the myriad other themes are the introduction of the “I” in human development and its essential connection to Christ; the preparation of the Christ impulse through the Jahveh religion and Mosaic law; the meaning of the Ten Commandments; and the new clairvoyance in relation to the reappearance of Christ in the etheric.

This volume is a translation from German of Der Christus-Impuls und die Entwicklung des Ich-Bewußtseins (GA 116).

1. The Sphere of the Bodhisattvas
2. The Law of Karma in Relation to the Details of Life
3. The Entry of Christ into Human Development
4. The Sermon on the Mount
5. Correspondences between Microcosm and Macrocosm
6. The Emergence of Conscience
7. Review and Preview