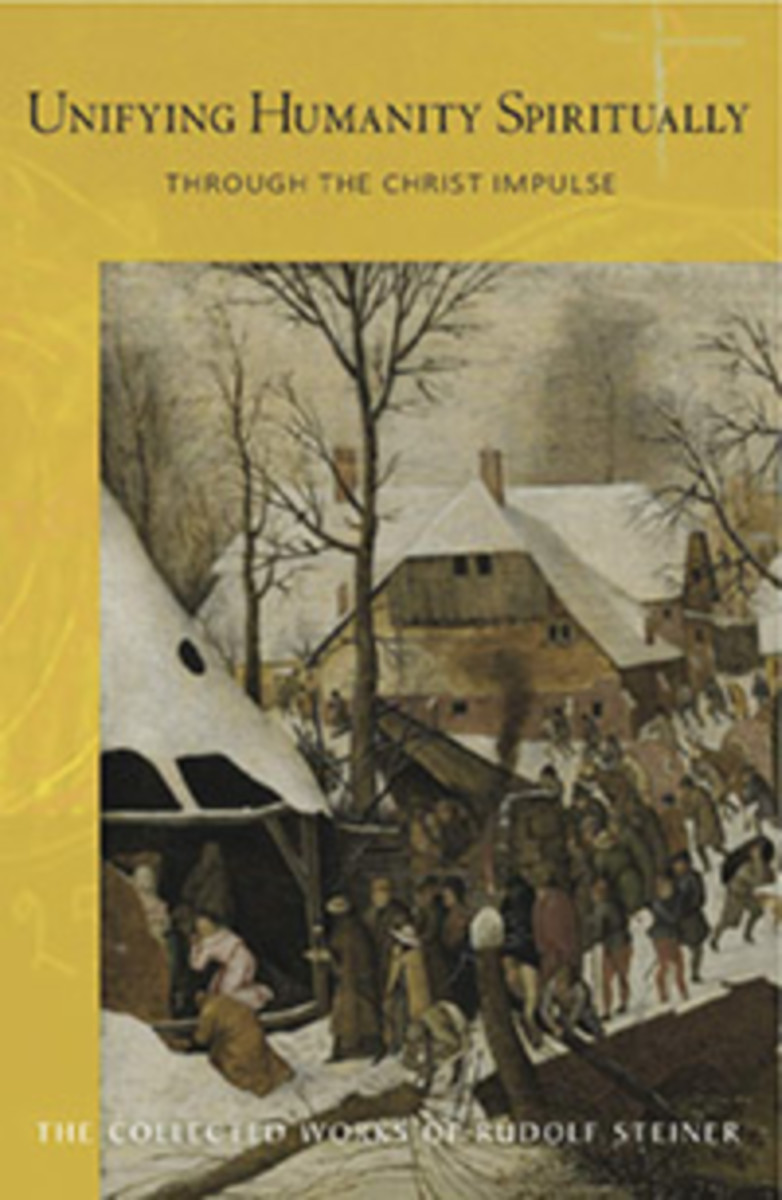 Through the Christ Impulse (CW 165)

“Fundamentally, all of spiritual science ultimately aims to understand human beings in their essence, in their tasks and endeavors—in their necessary endeavors in the course of development.” —Rudolf Steiner

In the midst of the division and destruction of World War I, Rudolf Steiner speaks of the spiritual unification of all human beings. Rather than preaching a traditional morality, however, he states esoteric facts as he perceives them, based on spiritual-scientific research. These observations relate to the powerful universal impulse of Christ—a healing spiritual force that works through the various nations and races, irrespective of creed or color—as a source of potential unity. Rudolf Steiner describes this impulse as the central core of human evolution. It allows for a conscious and newly acquired connection between all human beings, in the context of the continuing diversification and fragmentation of the human race.

The central motif in these lectures relates to the appearance of Christ on Earth—knowledge of his historical incarnation, as well as Christ’s manifestation in the present and future periods of human development. Rudolf Steiner creates an arc from the pre-Christian mysteries through Gnosticism and the older studies of the early Church Fathers, to Scholasticism and Neo-Scholasticism. After ancient faculties of clairvoyance had begun to fade, he explains, people could no longer see beyond the world of outer appearances, and direct perceptions of Christ were therefore no longer possible. Therefore, the question arose as to how limitations on human knowledge could be overcome—a question that remains pertinent today. Steiner asserts that only a transformation of thinking, enabling a living and conscious inner conceptual life, can allow a true understanding of the relationship between the earthly Jesus and the cosmic Christ. Such living thinking leads in turn to direct experience.

Other topics in this volume include the birth date of the “two Jesus children”; the wisdom of Gnostic teachings; the provenance of the Cross; the mysteries of the Christmas festival; insights into ancient Christmas plays, and reflections on individual consciousness of karma in the future.