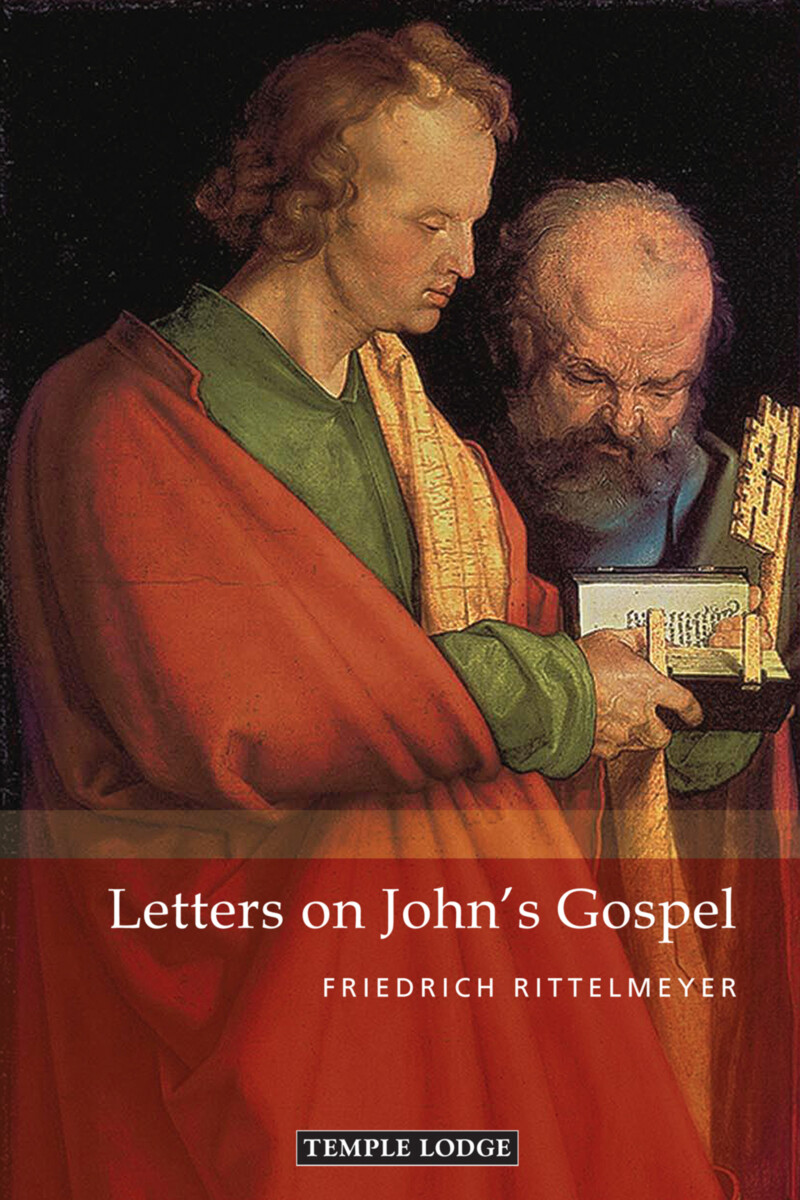 “These Letters . . . aim to make John’s Gospel accessible to people today as their own Gospel, both as a whole and in the details; to illuminate it with the spiritual knowledge of the age and to make it fruitful for life, not only for meditation but also for practical ordering of destiny.” — Friedrich Rittelmeyer

Revitalized Johannine Christianity stands at the heart of the work of Christian renewal as inspired by Rudolf Steiner during the early twentieth century. Friedrich Rittelmeyer, a Lutheran minister and theologian who helped found The Christian Community in 1922, was a leading ﬁgure in this new Johannine movement. He described John’s Gospel as encapsulating “an indescribable glory of revelation of love. This glory has such purity, delicacy, and spiritual power that in it one has the material with which a marvelous new world may be built.”

One of Rittelmeyer’s most powerful works, Letters on John’s Gospel ﬁrst appeared in a series of publications by the Stuttgart seminary of The Christian Community between 1930 and 1932. Although the Letters were written with students and local congregations in mind, they provide manifold insights for anyone seeking a glimpse of the majesty of John’s Gospel.

Margaret Mitchell’s translation from 1937 had never been published as a book. Revised here and expanded by the editors, Alan Stott and Neil Franklin, this volume features additional contributions by Rudolf Frieling and Emil Bock.

This volume is a translation from German of Briefe uber das Johannes-Evangelium (Verlag Urachhaus, Stuttgart, 1938).

The “I-AM” as the midpoint of Human History
Christianity as a Mystery Religion
The Nascent World
John’s Gospel, Chapter One (Revised Standard Version)

Appendix: “The Word from Inner Listening Twenty Years after the Death of Friedrich Rittelmeyer,” by Emil Bock

The Voice of the Eagle
The Heart of Celtic Christianity: John Scotus Eriugena’s Homily on the Prologue to the Gospel of St. John
OR